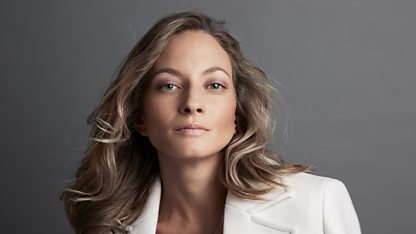 This was Karg’s Proms debut, and many of the songs performed – by Reynaldo
Hahn, Charles Koechlin, Maurice Ravel and Francis Poulenc – were receiving
their first performance at the Proms, although Karg’s programme is itself
quite well-travelled: she’s performed similar programmes at the Wigmore
Hall (with Wolfram Rieger in 2014) and in the US in 2016 with her Proms
accompanist on this occasion, Malcolm Martineau.

Nothing wrong with that, of course, and familiarity with the repertoire no
doubt contributed to the assurance and ease that she displayed, and to the
precision and appropriateness of Karg’s interpretative nuances. As she
tracked Hahn and Ravel in Greece, Koechlin in Persia and Poulenc in London,
Karg offered authentic local flavour without mannerism or cliché, expertly
and impressively maintaining a balance between imitation and integrity.

Henri Duparc’s Baudelaire setting, ‘L’invitation au voyage’ (1870), was a
beguiling opener. Tempted by Martineau’s palpable lapping waves, Karg’s
anticipation of the leisured land of her dreams, clothed by the sun in
hyacinth and gold, was both tender and sensuous. She conveyed the submerged
passion which adds a frisson to even the song’s quietest phrases, adding a
flash of brightness to the image of tear-bright eyes and swelling almost
imperceptibly when beckoned by ‘Luxe, calme et volupté’ (luxury, peace and
sensuality). Martineau’s left-hand counter-melodies sang enticingly but it
was a pity that the delicious diminuendo of the close was spoiled by some
disruptive banging from outside the Hall, though this was fortunately
short-lived.

Karg never slipped too deeply into languorous waters, using the flinty edge
of her soprano to bring immediacy and life to her interpretation of the Seis Canciones Castellanas by Basque composer Jesús Guridi. Guridi
studied in Paris, Brussels and Cologne and by the time of his death in
Madrid in 1961, at the age of 74, he had composed a wide variety of music
much of it derived from Basque themes; these six songs, dating from 1941,
are based on Castilian folk melodies. Karg’s Spanish was idiomatic, her
ornamentation judicious, and she and Martineau were wonderfully responsive
to the wide range of seductive sights, sounds and scents that Gurudi
depicts.

‘Allá arriba, en aquella montaña’ (Up there on the mountain) opened
dreamily, but ‘¡Sereno!’ (Watchman!) burst into life, the piano’s slithery
syncopations evoking the threat posed by the man, fast asleep under his
cloak, clutching a silver dagger. The wide distance between low
accompaniment and high voice suggested the woman’s over-wrought reaction to
the intruder, which Martineau mocked with an abrupt, emphatic final chord
which raised a chuckle. The pianist proved a master of Spanish gesture: in
‘Llámale con el pañuelo’ (Call him with your handkerchief), his sparse
staccatos punctuated the melismatic coquettishness of Karg’s flirtatious
cries to the toreador. In contrast, a cool simplicity characterised ‘No
quiero tus avellanas’ (I don’t want your hazelnuts), in which the
protagonist rejects her lover’s empty peace offerings. Best of the sequence
was the final song, ‘Mañanita de San Juan’ (Early on St John’s Day), in
which Karg’s soprano floated dreamily above Martineau’s evocation of the
echoing depths of sea.

Ravel’s Cinq mélodies populaires grecques had plentiful charm.
‘Chanson de la mariée’ (Song of the bride-to-be) was infectiously eager and
optimistic, while in ‘Là-bas, vers l’église’ (Down there by the church) the
initial tone of mystery was imbued with reverence at the sight of the
‘infinite numbers’ of the ‘bravest people in the world’ buried beside the
Church of St Constantine. The rhetoric of ‘Quel galant m’est comparable?’
(What gallant can compare with me?) swaggered conceitedly, Martineau
offering a cocky, mischievous play-out which looked ahead to the ‘nonsense’
of the perky ‘Tout gai!’ (So merry), but it was the lovely vocal enrichment
of the opening and close of ‘Chanson des cueilleuses de lentisques’ which
was most alluring.

A similar inner richness and elegance of phrasing characterised the three
songs selected from Reynaldo Hahn’s Études latines in which Karg’s
beautifully even legato swept us through Hahn’s settings of poems by
Charles-Marie-René Leconte de Lisle, emphasising their delicacy and grace.
Inspired by Horace, the poet offers an aesthetic vision of Ancient Greece.
Both Karg and Martineau offered detailed nuance: after the clean purity of
‘Lydé’, the lightness of ‘Vile potabis’ blossomed with the pain and
pleasure of reminiscence in the concluding vision of the golden vines of
the Formian hillside. A pastoral ease infused ‘Tyndaris’, as Martineau’s
melody sun seamlessly over harp-like strumming and Karg captured the
freshness and sunniness of youthful hopes.

Koechlin set thirteen poems from Tristan Klingsor’s Shéhérazadei,
in two sets, and Karg prefaced two of the second Op.84 group (1922-23) with
‘Chanson d’Engaddi’ from the first Op.56 volume (1914-16). In the latter,
the vocal ascents sparkled magically. However, the soprano lured us with a
range of intoxicating vocal fragrances, and exhibited an impressive ability
to glide effortlessly across the song’s wide tessitura, both here and in
‘Le voyage’.

After the headiness of these mélodies, the air was cleared by the
playfulness of Poulenc. The composer suggested that his gravestone should
announce, ‘Here lies Francis Poulenc, the musician of Apollinaire and
Éluard’, and Karg and Martineau ended their recital with four settings of
Apollinaire. They whisked us briskly back to the melodic charms of the
Parisian musical hall after a sojourn in the dreary countryside (in ‘Voyage
à Paris’ from Banalités), then charted the composer’s arrival in
his adored ‘Montparnasse’ (the first of the Deux poèmes de Guillaume Apollinaire), before dashing off to ‘Hyde
Park’ with its soap-box orators and self-absorbed courting couples, and
arriving finally in a smoky hotel room, where Martineau’s harmonies
suggested a decadent sleaziness as Karg sang with lazy languor, ‘Je ne veux
pas travailler je veux fumer’.

Karg seemed absolutely ‘at home’ in the Cadogan Hall and she related these
French composer’s adventures ‘abroad’ with polished artistry. As Martineau
whispered at the end of one sequence of songs, bravo!