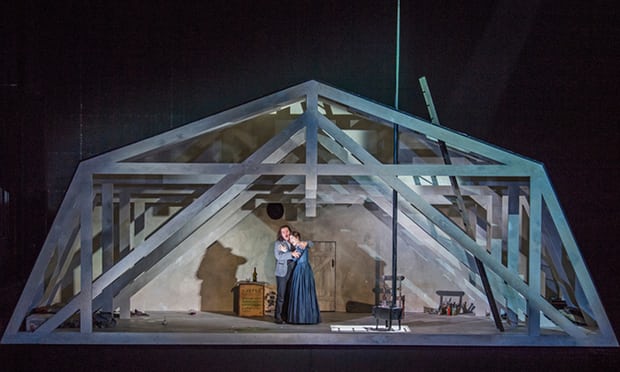 By the time it was finally retired in 2015, the Royal Opera’s previous production of La Bohème, crammed with detail and affectionately directed by John Copley, had become a cherished institution, notching up 25 revivals in its 41-year history. The odds are that its replacement, directed by Richard Jones with sets and costumes by Stewart Laing, won’t last quite as long, but it has clearly been designed for permanence – an uncontroversial mainstream staging that can be brought back again and again without the danger of anyone tiring of it. In fact what Jones and Laing have come up with isn’t a million miles away from the show that it has replaced.