Edward Johnson, Rubies 2020–The Tenor of His Time 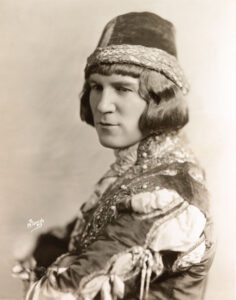 The story of Canadian tenor Edward Johnson is a quiet one, unknown to many, and yet it is the narrative of one of the world’s most famous and celebrated artists. Beginning in 1912 and continuing for almost a quarter of a century, Johnson was an international superstar in the operatic realm, contemporary with such luminaries as Enrico Caruso, John McCormack, Tito Schipa, Beniamino Gigli and Giovanni Martinelli.

The passage of time and the relatively small quantity of archives and recordings have much to do with this situation. When faced with the task of commissioning a profile of this year’s posthumous Opera Canada Award ‘Ruby’ honouree’s career and legacy, we wanted to put it in the hands of someone who had experienced a personal relationship with the man.

My personal knowledge of Johnson stemmed largely from a comprehensive and hugely-entertaining 1976 biography “The Tenor of His Time: Edward Johnson of the Met” by …. Ruby Mercer! And there it was! The founding editor of Opera Canada magazine first met Edward Johnson in 1936 following her performance as Zerbinetta in Ariadne aux Naxos at The Juilliard School.

Then in the second stage of his career as General Manager of The Metropolitan Opera, Johnson offered Ruby a “house audition,” followed by a contract to make her debut at The Met as Nedda in Pagliacci which took place in  May, 1936. They remained friends for the duration of Johnson’s life.

So, let’s leave it to ‘The First Lady’ of Opera Canada to provide us with her succinct impression of the legacy of Edward Johnson, from the jacket summary of her very personal study of one of Canada’s greatest artists.

From The Tenor of His Time: Edward Johnson of the Met. By Ruby Mercer. Clark, Irwin, 1976. 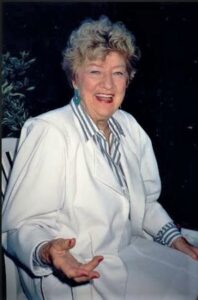 Edward Johnson had a colourful and tempestuous career and was covered with more accolades than perhaps any Canadian in any other field of endeavor. A magnificent voice and matinée idol appearance propelled this boy, born in Guelph in 1878, into a career as an opera star in Italy under the name of Edoardo di Giovanni.

After seven years of leading operatic roles in Italy where he was given star status, Edward returned to North America to a contract with Chicago Opera in 1919, billed as Edward Johnson. The years in Chicago were not happy ones because of the severe rivalry between Johnson and Mary Garden, the internationally famous Scottish diva. 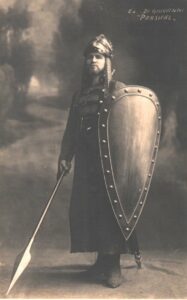 In 1922 Johnson went to New York’s Metropolitan Opera as a leading artist and continued in that capacity until 1935 when he was named general manager. He saw the company through a depression, a war, and the difficult post-war years. Under his direction the company became more truly American than previously, with two-thirds of the singing personnel native-born Americans.

Meanwhile, Edward Johnson was keenly interested in the musical life of Canada. From 1945, when he was named chairman of the Board of Governors of the Royal Conservatory of Music of Toronto, and a member of the University of Toronto’s Board of Governors, he worked hard to promote a program of musical scholarships in his native country. In May, 1929, he personally initiated the Guelph Musical Festival, later revived as the Guelph Spring Festival in 1968 through the Edward Johnson Foundation.

Edward Johnson’s posthumous Ruby will be officially awarded at Opera Canada’s first-ever ‘digital Rubies’ on Nov. 23rd at 8 pm EST. Sign up for our newsletter for the latest updates on how to watch this year’s Rubies!