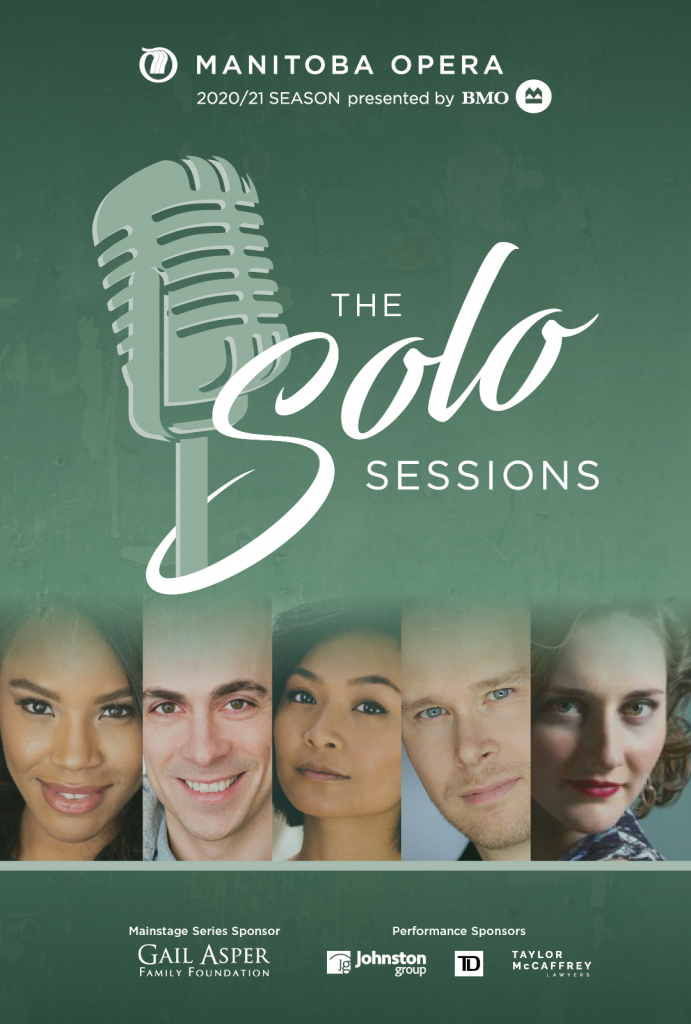 Manitoba Opera is capping off its 2020/21 season with a five-part series of video concerts, The Solo Sessions, featuring the work of five Manitoba-based artists, recorded live at Winnipeg’s Centennial Concert Hall.

“The singers’ distinctive musical styles combined with director Deco Dawson’s insight and vision has resulted in a series that is fresh, eclectic, and features performances that merge beautiful singing with music video, film, and theatre,” says Manitoba Opera General Director & CEO Larry Desrochers. “With video on demand viewing, we will provide programming for our existing patrons, but also hope to reach new audiences as well.”

The videos are now available on-demand, either individually for $6.30, or as a package for just $31.50. For a preview, check out The Solo Sessions‘ trailer below:

Across the pond: Canadian artists in Munich, Madrid for 21/22

Want to work with us?