Missing, a co-commission by City Opera Vancouver and Pacific Opera Victoria, opened at Vancouver’s York Theatre on Nov. 3 and moves to Victoria for an already sold-out run on the 17th. A courageous commission, yes, but also canny: COV and POV must have put out feelers into the ether that convinced them this was an opera whose time has come.

Meditation on Missing and Murdered Indigenous Women and Girls

Set in Vancouver’s downtown East side and along B.C.’s Highway of Tears—the Prince George to Prince Rupert stretch of Highway 16—Missing eschews familiar operatic conventions such as showy arias, huge choruses and a linear plot. It is a relentlessly probing meditation on how the murders and unexplained disappearances of at least 18 women along the Highway of Tears and 1200 Canada-wide—most of them Indigenous—affect everyone in the victims’ circles of life.

In Métis-Dene writer/actor Marie Clements’ unconventional libretto, a succession of seemingly unrelated scenes tumble along after each other, but then gradually and inevitably begin to cohere, deeply and powerfully, to reveal an inner logic. Under Peter Hinton’s clear and sensitive direction, there was a dream-like quality in the pacing. Events unfolded in a not always linear and logical way and with a fascinating blend of English and Gitxsan (the language spoken by the Gitxsan Nation in the region around the Highway of Tears). Brian Current’s minimalist score underpinned this dreamy essence admirably, though it could have used some extra bite at more emotionally intense moments.

The seven adroitly cast singers (no chorus) were accompanied by a seven-member ensemble conducted by Timothy Long (replacing indisposed COV Artistic Director, Charles Barber). Set and costume design by Andy Moro and Carmen Thompson were marvellously evocative of place and person in the narrative flow. 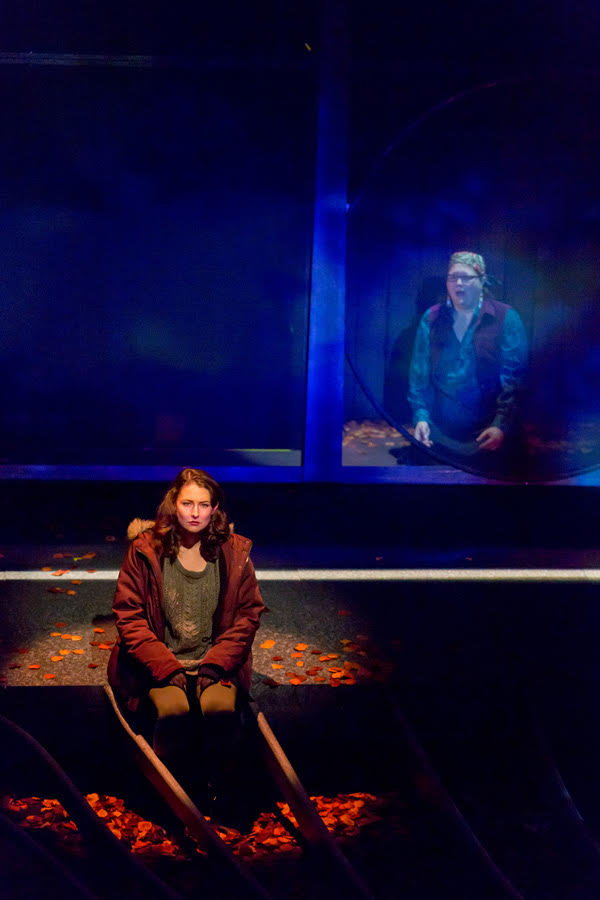 The story pivots about the gradual coming together of a young, white woman, Ava (soprano Caitlin Wood) and a Native Girl (eloquently sung by Métis soprano Melody Courage). They “meet” on the Highway of Tears when Ava is in a horrific car crash and she “sees” the murdered Native Girl, in the same spot. Gradually, by the opera’s end, they reach reconciliation in a supremely poignant scene when the developed trust between them enables Ava allow the Native Girl to hold her newborn child—a child the Native Girl will never have—while their voices bond in gentle, accepting harmony. 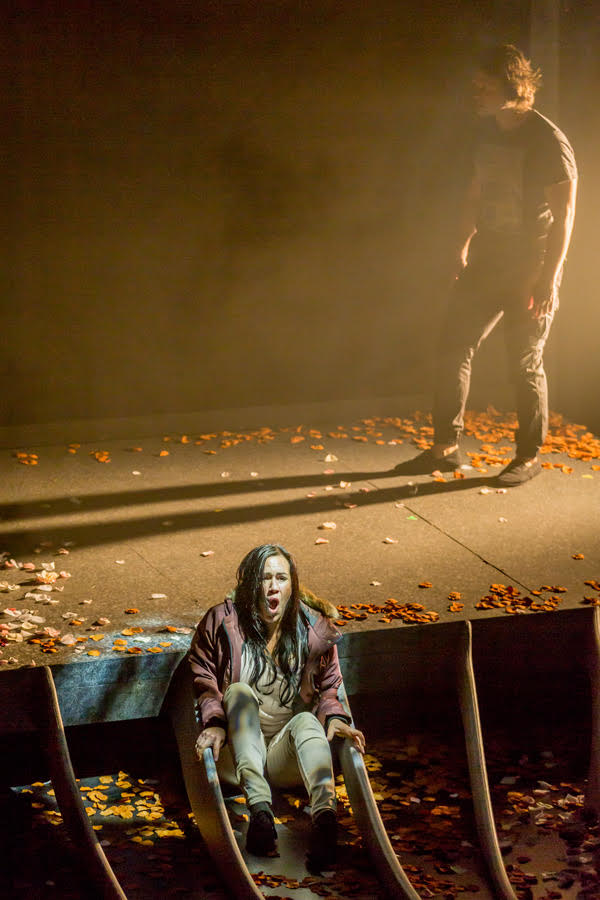 The primary roles are Ava and the Native Girl but the opera’s catalyst is the surprisingly enlightened University Professor, Dr. Wilson, authoritatively sung by mezzo-soprano Marion Newman, who starts Ava on her journey. This involves Ava losing her best friend, Jess (convincingly sung by mezzo-soprano Heather Molloy) but regaining a relationship with her boyfriend Devon (tenor Kaden Forsberg).

The Native Mother (of the Native Girl) is not a large role, but it is significant as sung with forthright gravitas by mezzo-soprano Rose-Ellen Nichols. In her keening, she voices not only her own mourning, but also a universal anguish, acting as the emotional beacon the other searching souls turn to for their bearing. 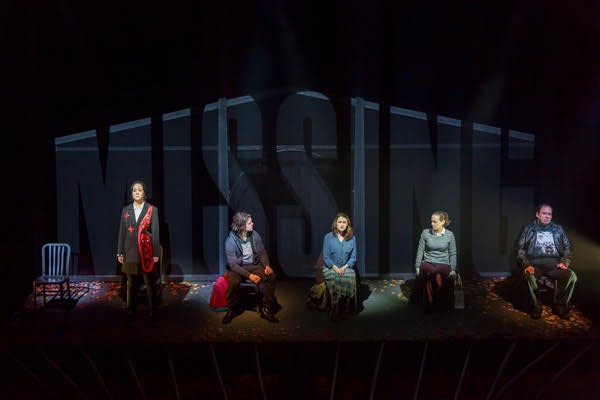 The creators of Missing have forged a powerful story that tackles all the issues it should, head-on and unflinchingly. Jake Heggie’s Dead Man Walking, presented by Vancouver Opera this past spring, deals with similarly devastating losses. But Missing starts where the Heggie piece leaves off, going one step further to the healing and reconciliation that can come after bereavement. It needs to be seen and heard.