At a time when even core repertoire can be called into question, General Director Guillermo Silva-Marin reflects on the issue of appropriation:

As a Latino in Canada, I soon became aware of the unique potential of my position as General Director of two performing arts organizations to help steward progress for other Latinos and facilitate opportunities for friends in the lyric theatre who labour mightily for a space on stage. How little did I know that complexities in cultural matters would thwart many of my moves. Issues arose first in 2003, when I programmed the Cuban zarzuela, Cecilia Valdes, by composer Gonzalo Roig, based on the novel by Cirilo Villaverde, for Toronto Operetta Theatre (TOT). I was fascinated by the operatic treatment of sexism and machismo in Latin America, racial bias, the slave trade, incest and murder, all themes in the novel and followed with equal candor by the zarzuela. But the plight of an admired mulata performer’s life in 1830s Colonial Cuba plunged me into a world of appropriation that soon became an overwhelming concern for the performing arts everywhere. I was so blinded by the powerful score and its blunt approach to prejudice and abuse that all warning signs of casting from the traditional Canadian artistic pool was of little consideration.

Then, as today, pedagogue Richard Miller’s Seven Pillars of Performance Success was vital: musicianship, vocal technique, artistic imagination, objectivity, perseverance, talent and business acumen all influenced casting objectives. It still seems to be a guiding force in the engagement of artists today, but the list has evolved with demands for equity, diversity and inclusion. Just before the pandemic, programming for VOICEBOX: Opera in Concert reminded me of Cecilia Valdes. I wanted to bring back Bizet’s Les pêcheurs de Perles as a tribute to former Artistic Director Stuart Hamilton, who admired the work and presented it three times during his tenure at OIC. The work is still neglected, and more so now with major concerns about how it should be cast to properly represent the people of Ceylon (now Sri Lanka). My intention of casting two outstanding Canadian singers in the roles of Nadir and Zurga were soon doomed by paralyzing insecurity and timidity. I recalled the words of music critic Richard Ouzounian in one of his most insightful reviews of TOT regarding a production of Lehár’s Das Land des Lächelns (The Land of Smiles), which focuses on racial discrimination, social tensions and reverse racial bias in Austria and China. He counselled that it was time for TOT to consider an appropriate solution to represent race onstage. He noted that Act II takes place in China, which was hardly represented by only two singers of Asian descent on a roster of more than 20. That was an awakening for me that slowly consumed hours of deliberation on the issue of race, tokenism and a nagging rebellion against what I thought was a pernicious intrusion on artistic freedom. 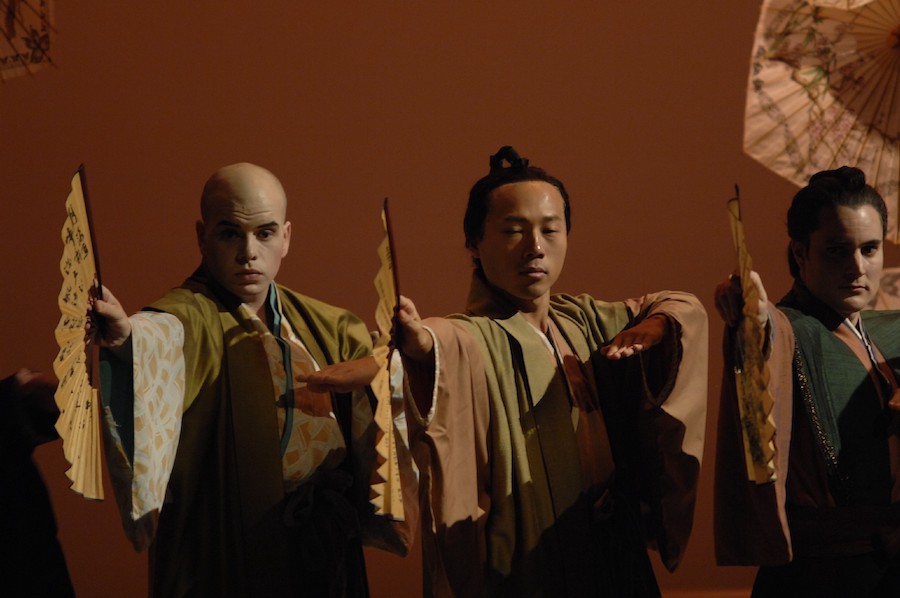 Issues around race, systemic bias and cultural appropriation are not necessarily exclusive to Turandot, Otello, Aida, Lakmé, Madama Butterfly, Porgy and Bess and so many other works favoured by the public. However, we do find these issues lumped together in these operas with hardly a chance of resolving current concerns about appropriation. Regietheater, often derided as Euro-trash, endeavours to spin issues of appropriation, whether related to culture, religion, social bias and race, in ways that may be jarring, but also thought-provoking, sometimes merely obfuscating, but at other times achieving brilliant, illuminating results. Imagine a production of Gilbert & Sullivan’s The Mikado in which there are no Japanese singers, a common tradition back in the D’Oyly Carte days of the Savoy Theatre, or a scurrilous production of Gershwin’s Porgy and Bess in “black face.” The Gershwins tried to avoid any such occurrence by way of rights restrictions. Objectionable theatre today faces the rubric of intolerance in ways not dealt with 50 years ago. Even such a major world actor as Sir Laurence Olivier would not be accepted today in black face, as he was in Othello at the Old Vic in 1964, nor would Jon Vickers in Verdi’s Otello, as he appears in the 1973 filmed version directed and conducted by Herbert von Karajan. 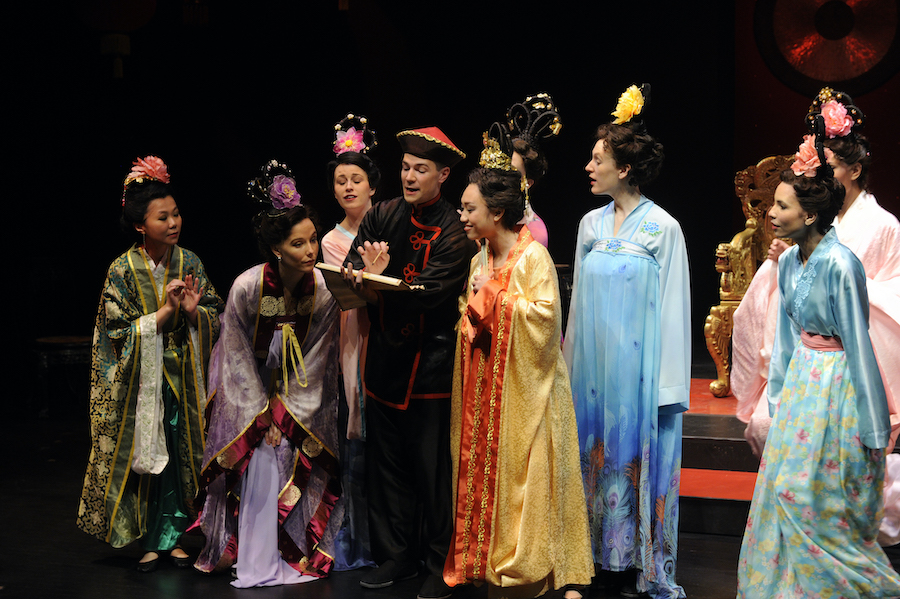 Incomprehensible and unacceptable as attempts to circumvent cultural appropriation may be to satisfy the public’s clamour for favourite works, the problem of appropriation is here to stay. I for one, as a producer of opera, need time to figure it all out. We are obliged to reconcile ourselves to the fact that some operas will be archived while others will be drastically revised through daring attempts by creative teams that might never fully satisfy the community at large. New opera, of course, can step in and take over while opera companies sift through the vast repertory untouched by such concerns, freeing themselves to feature artists that meet goals of equity, diversity and inclusion and to find feasible, satisfying and financially viable solutions to the challenges posed by difficult repertoire. TOT cannot present Das Land des Lächelns as prescribed by the libretto, in which Act I should take place in Vienna with a Viennese cast before moving to Act II with an Asian cast. The company simply cannot meet the financial demands of such a production. On the other hand, the alternative of re-writing the libretto is a cop out that compromises the work’s historic legitimacy, not to mention its artistic credibility.

Where are we headed in opera today? It is no longer expected that Le nozze di Figaro should be cast from a European cultural perspective. What then? Would a staging of the work from a contrasting cultural viewpoint be considered reverse appropriation? It seems to me that such a staging would be allowable and even desirable. Les pêcheurs de Perles, cast as it was for the Paris premiere in 1863, would not be acceptable today. Bizet’s opera is intrinsically relevant to the culture, religion and history of the people of South Asia in a way that Le nozze di Figaro is not relevant to its setting. Beaumarchais set the work in Paris, but censors forced him to a relocate it to Seville. Da Ponte didn’t blink. The piece could easily be transferred to San Juan or New York. Therein might lie a deep chasm between appropriating that which is endemic to the Bizet but not to the Mozart. Latins in Puerto Rico portraying Sri Lankans appropriate elements that could never reach full representative rigour on the stage. Diving for pearls is not a Puerto Rican thing, neither is praying to Brahma. I dare conclude that Torontonians are even less adept at fishing for pearls.

Thinking of evolutionary stage trends takes me to Charles Darwin, Richard Dawkins and his ideas on memetic cultural evolution and the theatrical genius of Konstantin Stanislavski’s Method of Physical Action, all in their way presaging profound change. Maturity comes with experience, intellectual depth and the pursuit of excellence. We change as we go. Intellectually, we have moved beyond the perspective of a Cio-Cio San interpreted traditionally by a white soprano. In her rendition of the role, Victoria de los Angeles, a Spaniard, was imaginative and profoundly touching as the 15-year-old geisha in Nagasaki. She was also essentially European. Then matters took a turn with the late Japanese soprano, Yoko Watanabe, who had all of Richard Miller’s seven pillars for performance success but added much that was missing and made the role her property for almost 400 performances. We evolve and we adjust to new modes, new challenges and changes that are logical and revelatory. We are, for sure, in need of continued dialogue and debate. Many are not happy with this, but others are eager to explore, experience and pursue new paradigms. 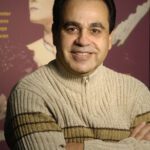