AMPLIFY 1.0 from Toronto-based Amplified Opera was a series of three shows on aspects of “toxicity” in opera. There were three performances, with two of the three shows performed at each. The venue was Jeffrey Gibson’s installation I AM YOUR RELATIVE at the Museum of Contemporary Art. Opening night (Mar. 17) featured WRECKONCILIATION, an exploration of how Indigenous people can reclaim their share of our classical music heritage, and MisogyME, a tour around the world of toxic masculinity. The shows were a mix of recital, seminar and provocation. They varied in form (and effectiveness) and deliberately raised more questions than answers. As is the nature of experimental art, some parts worked better than others.

MisogyME started strong with baritone Jonathan Christopher accompanied on piano by Topher Mokrzewski giving us some Otello and a mash of “bad dudes” from Mozart. Extremely well sung and played, it worked largely because the audience knew what they were listening to. It was clever to include Despina as one of the “dudes.” “In uomini” is perhaps the only aria in opera that allows a woman to depict men behaving in the way that sopranos get killed for. There was real potential here for a deeper exploration of the sexual double standard as the wellspring of toxic masculinity in opera, but the piece didn’t really do it. I think this was partly because the performers expanded the next part of the programme to include toxic masculinity far beyond Amplified’s intent to focus on opera and MisogyME seemed to lose its focus as a result. The attempt at the end, MC’d by Michael Mohammed, to challenge the audience to reflect on, among other things, a rather obscure philosophical quotation left some awkward silences and a feeling of incompleteness. So, despite fine performances and some provocative ideas, the whole didn’t quite gel. It was unfortunate, but then artistic experiments don’t always pan out. 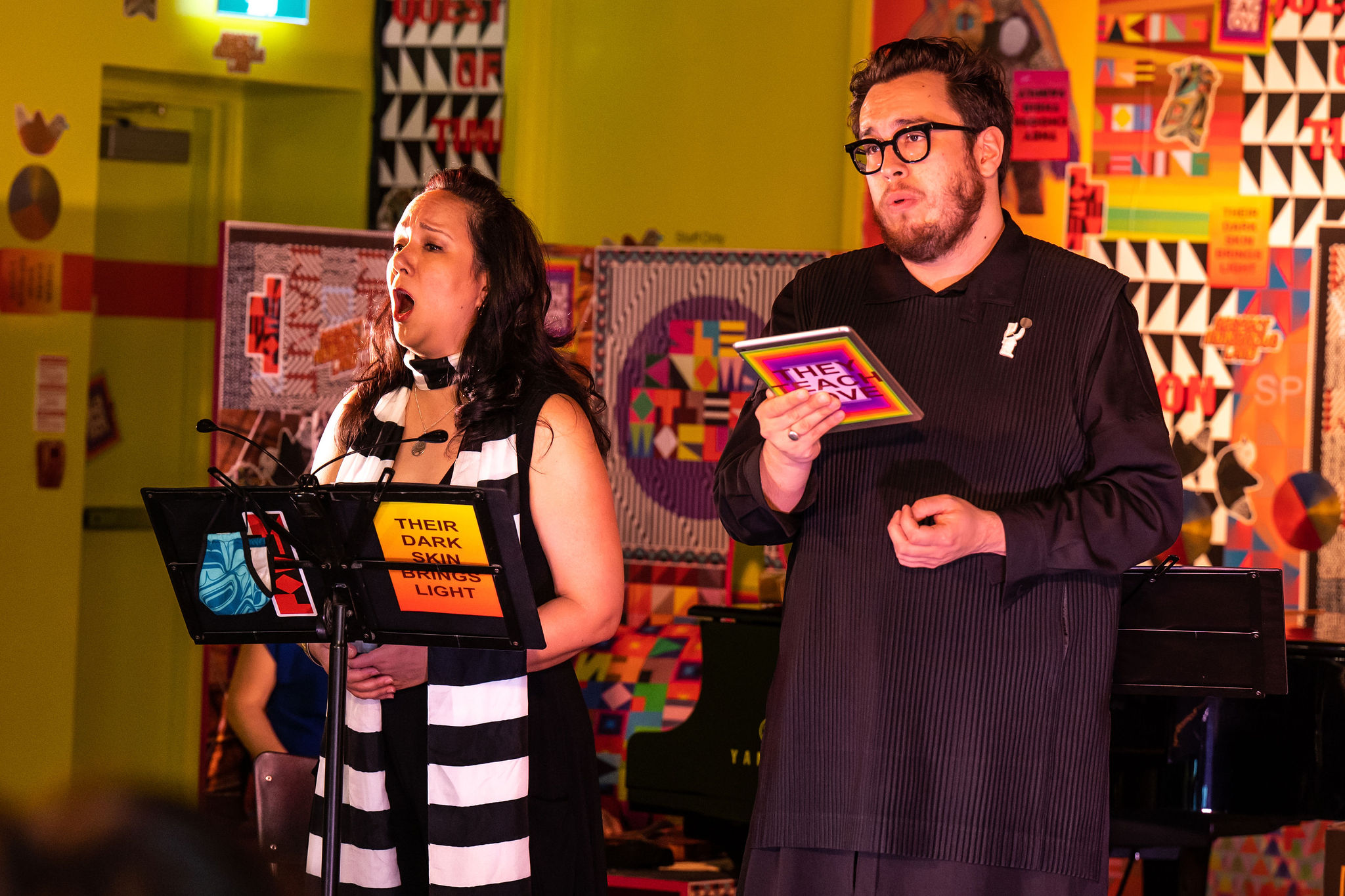 WRECKONCILIATION was more focused. Mezzo-soprano Marion Newman and baritone Jonathon Adams, accompanied by violin, cello and harpsichord/organ, gave us a mostly Purcell programme, interspersed by short, thought-provoking readings curated by Yvette Nolan. The theme was how, in a country where a great deal of Indigenous culture has been erased and assimilated, Indigenous artists can lay claim to their share of our common heritage in Western classical music. There was a deep underlying irony in the nature-inspired beauty of the Purcell songs composed at a time when genocide of Indigenous people was official policy and the extermination of “savages” seen as Godly. The Enlightenment and its “Noble Savage” trope lay well in the future. That the subsequent erasure of Indigenous wisdom and its replacement by a ruthless system of resource exploitation leading to environmental catastrophe wasn’t lost either.

The music making was beautiful and the interpolations well chosen. We were reminded that the 83rd Call to Action of the Truth and Reconciliation Commission calls for Indigenous and non-Indigenous artists to work together to reclaim and reintegrate Indigenous perspectives within the performance practice of the Western canon. Arguably, coming to terms with Indigenous issues, at least in Canada, has come further than dealing with other kinds of marginalization, but there is much more to be done. 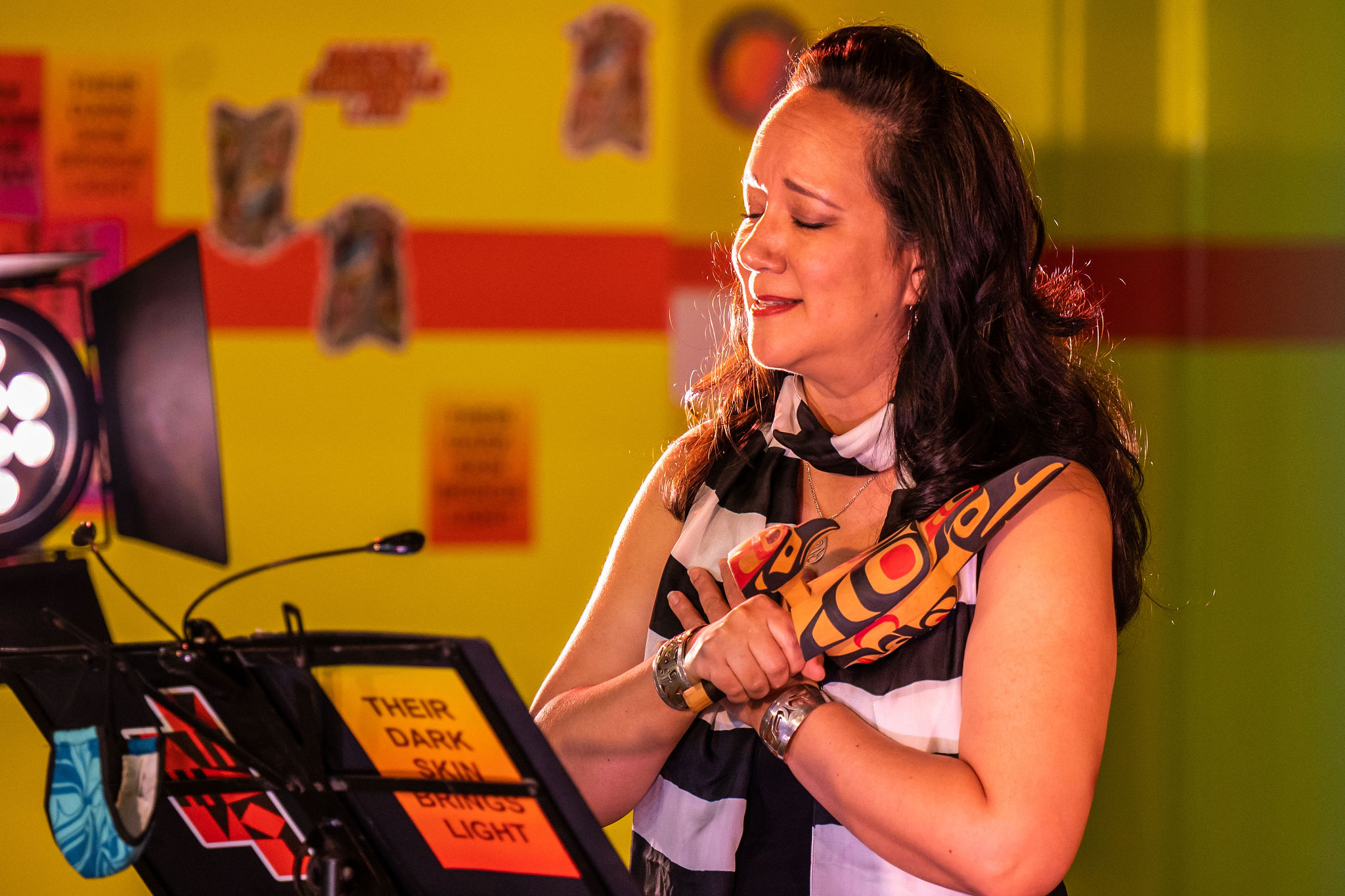 I was left feeling ambiguous about the whole project. On the one hand, it’s important and uplifting that people engage with these issues at all. On the other hand, it’s always the same tiny group of people, and they are largely cut off from the wider audience by the structures of money and power of the opera industry status quo. Worse perhaps, all this happens at the constant risk that the disruptive elements will be incorporated and tokenized by that same money and power. There are no easy answers and even the questions are hard to define, but we need to start exploring the dimensions of a practical path from awareness to action.