There is one thing a Count and a hairdresser share, something that has the power to unite them toward a singular goal. You might think that thing is love, but you would be wrong. It is, in fact, money. In Canadian Opera Company’s The Barber of Seville (seen Jan. 19th), cash is king, and greased palms drive the action from start to finish. First seen in Toronto in 2015 as a co-production with Houston Grand Opera, l’Opéra National de Bordeaux and Opera Australia, this staging, by Catalonian theatre collective Els Comediants, combines circus, pantomime and original design with some of the catchiest music ever written. The result is an exuberant, slapstick take on Rossini’s classic.

Cesare Sterbini’s libretto, based on a play by Beaumarchais, follows the efforts of the wealthy Count Almaviva (tenor Santiago Ballerini) to woo the beautiful Rosina (mezzo-soprano Emily D’Angelo), who is under the jealous watch of the bumbling Doctor Bartolo (baritone Renato Girolami), who himself hopes to marry her for her inherited fortune. It is the titular barber, the rascally, enterprising Figaro (baritone Vito Priante), who—for a price—concocts schemes to help Almaviva wed Rosina right under Bartolo’s nose.

The COC Orchestra plays the familiar overture neatly, under the sparkling baton of Speranza Scappucci, conducting for the first time at Toronto’s Four Seasons Centre for the Performing Arts. Her energetic conducting is exciting to watch, at times even pulling the eye away from the colourful buffoonery onstage.

The signature style of the production team, Els Comediants, led by founding director Joan Font, draws on Italian street theatre traditions and commedia dell’arte, as does the opera’s story. Their staging mixes cartoonish and cubist elements including oversized cash bills, giant musical instruments, and flamboyant costumes. The result is a carnival atmosphere full of tightly executed physical comedy. Framing a cast whose personalities are as colourful as their costumes and props, the large houses that make up Joan Guillén’s set look incomplete, and a cumbersome pink piano in the middle of Bartolo’s living room sometimes restricts the performers’ movement. Albert Faura’s lighting immediately delivers the sensation of a torchlit street, but stays dark until the bright final moments of Act II. The humorous citizens of Seville who shuffle clownishly in and out, often dressed more garishly than the central cast, distract from the main action at times. These personalities keep the feeling of a street festival going throughout the production, but might be a better match for Cirque du Soleil. 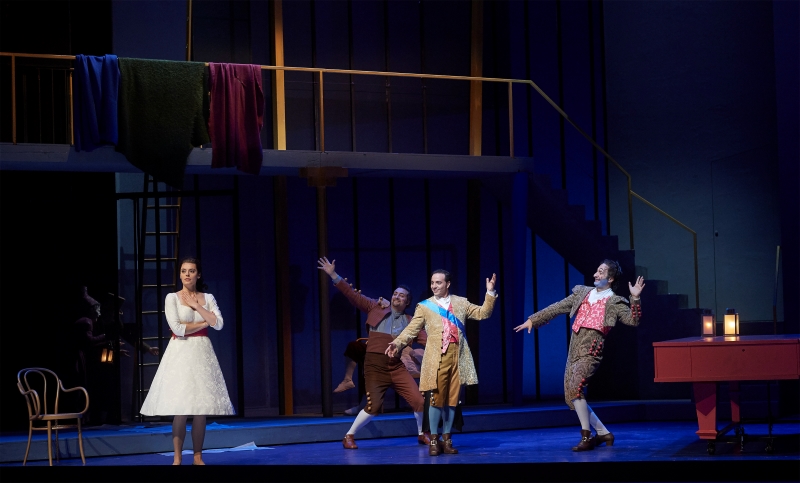 Count Almaviva’s increasingly absurd disguises showcase tenor Ballerini’s versatility: first as the poor student Lindoro, then playing a drunken soldier, and finally, as the ludicrous music tutor Don Alonso. Stacks of cash follow Almaviva wherever he goes, earning him the loyalty of Figaro, deftly performed by Priante. In his entrance aria, the iconic “Largo al factotum,” Figaro introduces himself as Seville’s go-to guy, without whose help no couple in the city gets married. Both making their COC debuts, Ballerini and Priante form a perfectly affable comedic duo. Almaviva barely takes a step without Figaro’s guidance, which is reflected in Xevi Dorca’s choreography. Almaviva follows the barber’s dancing, but just a little bit behind him. The movement in the opera is simple, sometimes adding to the hilarity with a perfectly timed shuffle or bounce, especially from the actors and chorus. At other moments, Dorca’s vocabulary comes too close to ‘YMCA’ levels, particularly with the central cast’s coordinated gestures for “Fredda ed immobile” towards the end of Act I.

The lovely Rosina, sung by COC Ensemble Studio graduate Emily D’Angelo, is much more than a helpless prisoner in Bartolo’s home. She is just as cunning as anyone else onstage, and warns us that she can become a viper when crossed. An international rising star, D’Angelo’s stage presence is beautifully controlled, and powerful enough that she stands out among the much more colourfully costumed figures surrounding her. As her keeper, Bartolo, Renato Girolami is entertaining as the butt of every joke, but occasionally his patter gets lost behind the volume of the orchestra. Brandon Cedel gets a lot of laughs as Girolami’s co-conspirator, Don Basilio. Not quite as crafty as Figaro, Don Basilio is just as easily convinced by a fistful of bills. 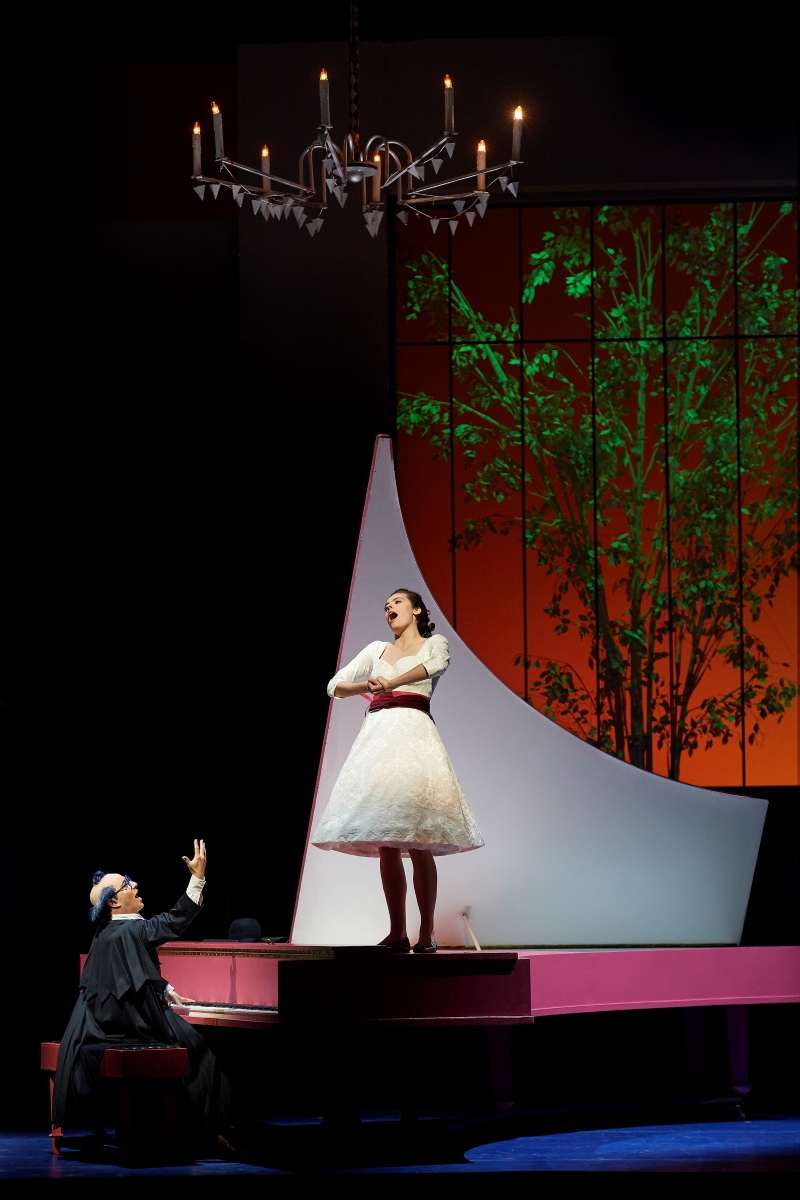 The ubiquitous cash makes The Barber of Seville more than just a zany comedy. It emphasizes the theme of Beaumarchais’ revolutionary original work: the immortal contrast between an idle, arrogant upper class and a lower class that is wily and ingenious by necessity. Each time Figaro’s harebrained schemes go awry, Almaviva is able to smooth things over with a wad of cash.This fun, quirky production is a fresh way to experience a much-performed classic, with its mix of styles and disciplines offering something for just about everybody. Blending the beloved and familiar with the delightfully original, The Barber of Seville offers a hilarious start to the COC’s winter season. 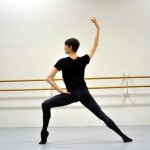