Opéra national de Paris‘s new production of Verdi’s Aida, which premiered online on Feb. 18th, marks the Paris debut of the Dutch director Lotte de Beer, recently appointed director of the Vienna Volksoper. She angles the spotlight on the problematic stereotypes which encumber any production of Aida, calling out decolonization and its political and human consequences, underlining the guilt of Europe towards the colonized countries, the cultural plundering that ensued and today’s crucial topic of diversity. She elucidates this by portraying the Egyptians as European aristocrats and the Ethiopians, Aida and Amonarso, as puppets. Thanks to the brilliant designer and director of the marionettes, Mervyn Millar, this unlikely dialogue between the animate and the inanimate is mostly successful. I was reminded of William Kentridge’s sublime production in collaboration with the Handspring Puppet Company of Monteverdi’s Il ritorno d’Ulisse, which premiered in 1998 in Brussels and traveled the world for at least 15 years. It raised many of the same concerns, albeit sublimated behind the enthralling palimpsest of Kentridge’s imagery and animated drawings. 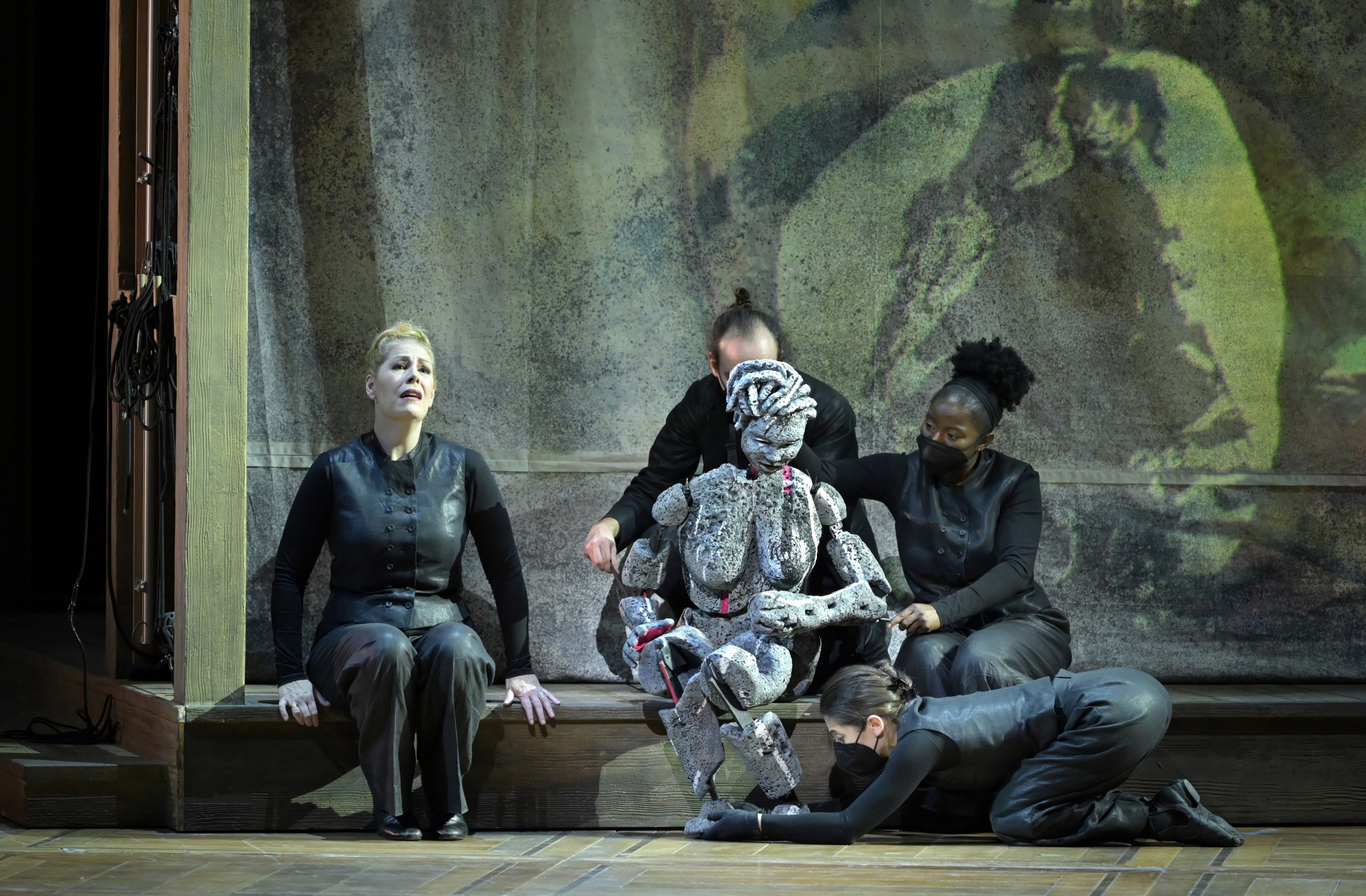 The difficulty with Lotte de Beer’s production is the interaction between the human protagonists and their puppet counterparts. Indeed, the most successful scene is the Act III jousting match between the two puppets versions of Aida and Amonasro, which is convincing thanks to the impressive technical mastery of the puppeteers. One inevitably thinks of Robert Lepage‘s 2008 Stravinsky program, The Nightingale and Other Fables and its exquisitely crafted Vietnamese water puppets. But in the Canadian director’s production, the singers manipulate the puppets, and though there is some interaction between the puppets and the humans, the Rossignol is a fairytale with nothing in it as desperate and passionate as the final scene of Aida—in Lotte de Beer’s version this ultimate climax falls terribly flat. Somehow imagining that Jonas Kaufmann will spend his last hours cradling a rigidly hinged, skeletal puppet in his arms doesn’t move us.

Besides the lack of dramatic impact, the production was both a delight to see and hear. Visually stunning were Christof Hetzer‘s sets, especially the ‘tableaux vivants’ evoking with irony the famous paintings of military victories by Jacques-Louis David and Eugène Delacroix. In other scenes, the painted backdrops by Zimbabwean artist Virginia Chihota are effective and remarkably beautiful. 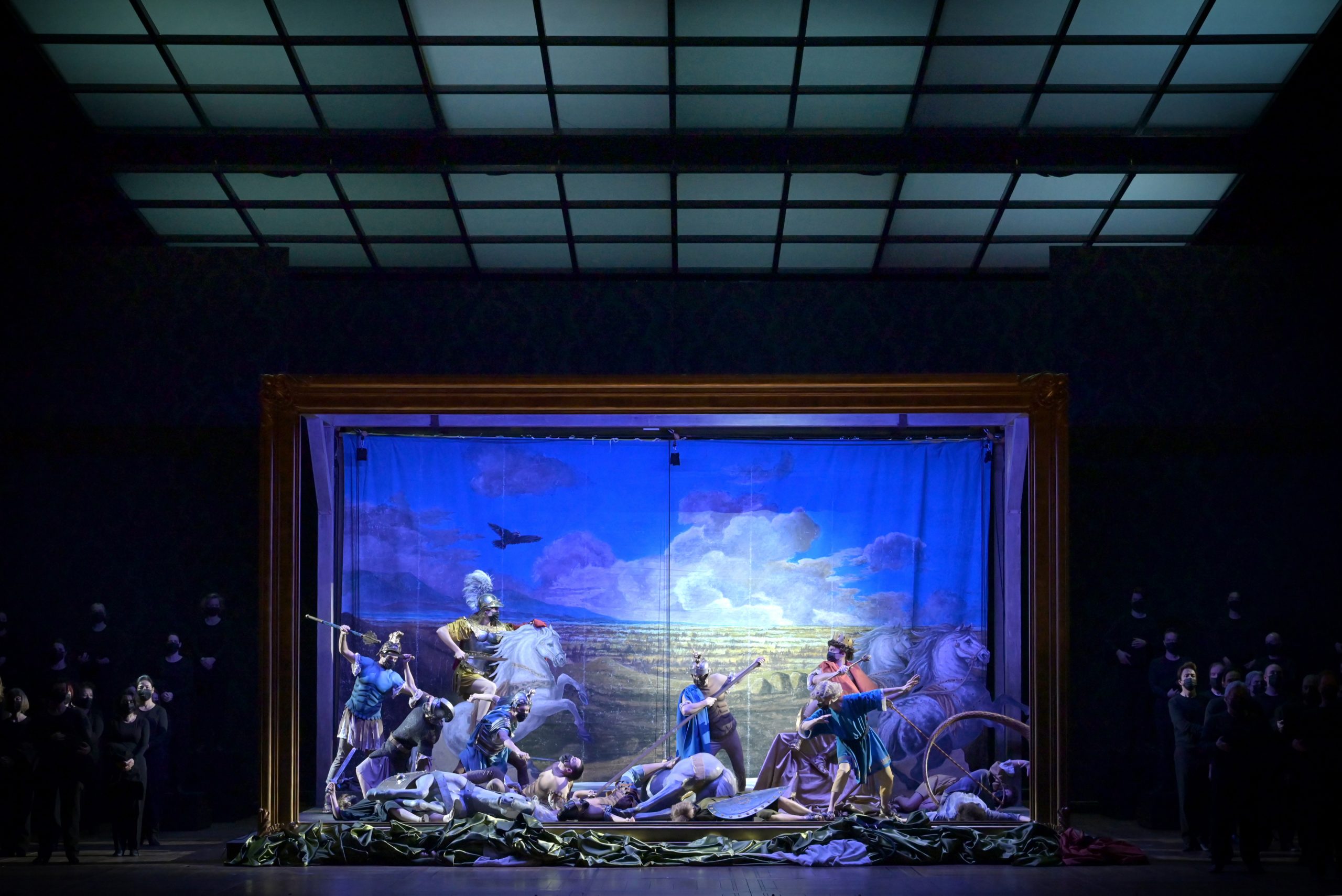 Since she first took on the role in Toronto in 2010, Sondra Radvanovsky has become a world-renowned Aida. Her performance here is convincing throughout: the range is wide, the low notes are vibrant, never chesty, the medium is round, the high range is infinitely varied and full of emotion in the pianissimi; the long breath, and sublime legato in ‘O patria mia’ are unequaled. And even though her Radames, Jonas Kaufmann, directs all of his affections towards the puppet Aida, her voice blends beautifully with his throughout. 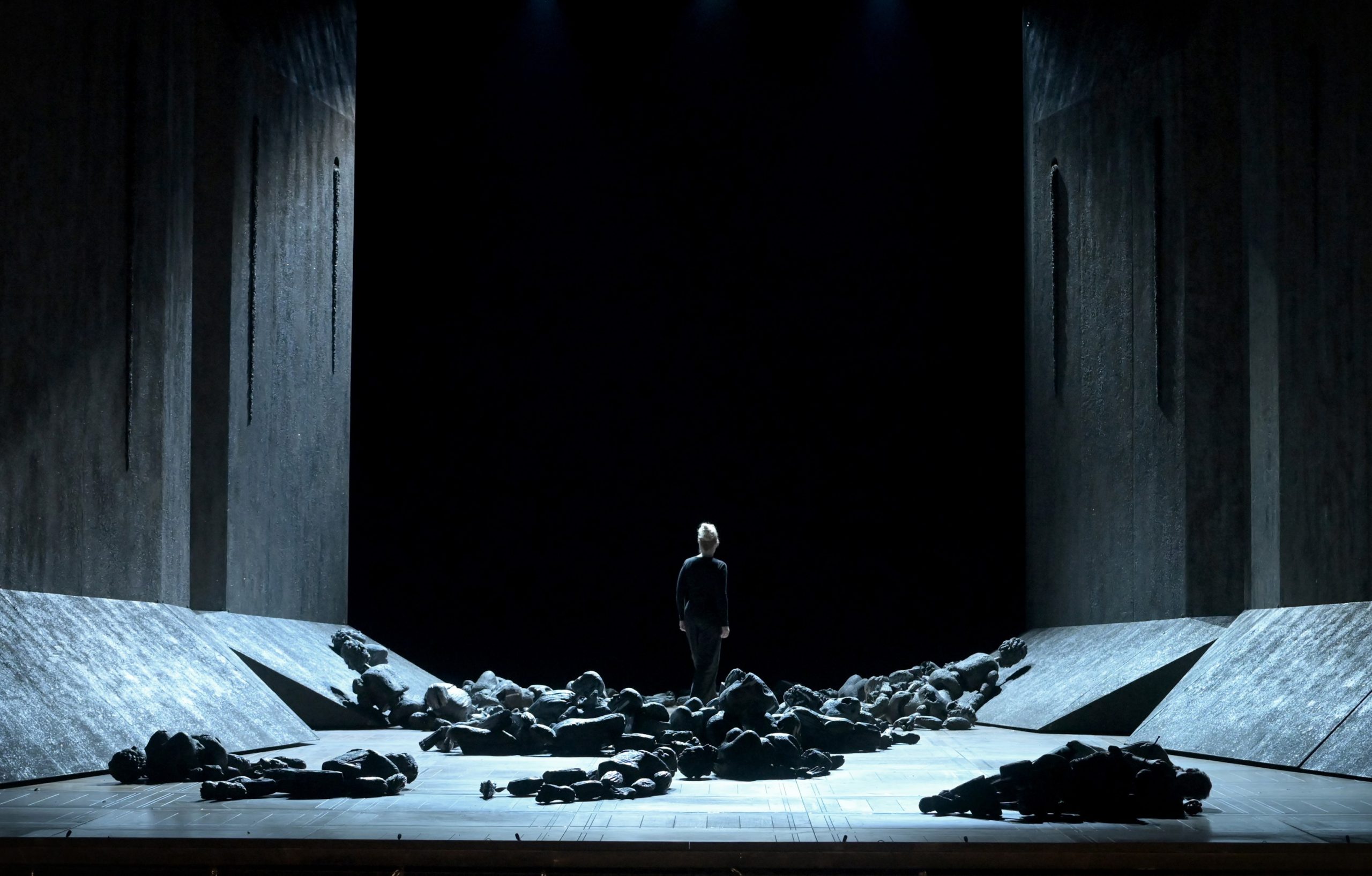 I first heard Kaufmann sing Radames, outside and amplified, in the July 2020 Naples concert performances I reviewed for Opera Canada in July 2020. In the Bastille auditorium, his voice seemed more luminous and valiant with perfectly open high notes. He held back his smoldering power for climactic moments like ‘Sacerdote, io resto a te,’ whereas in the tender passages of ‘Celeste Aida,’ the soothing warmth of his tone and the inimitable way he shapes the endless phrases holds us in thrall. Ksenia Dudnikova is an impressive Amneris, violently passionate, remarkable in all registers; the timbre is magnificent, the line smooth without excessive vibrato. Ludovic Tézier, one of the best baritones of the moment, is gripping as Amonasro and makes ‘Ma tu, Rè’ one of the highlights of the evening. Dmitry Belosselskiy‘s Ramfis and Soloman Howard‘s King are exemplary. 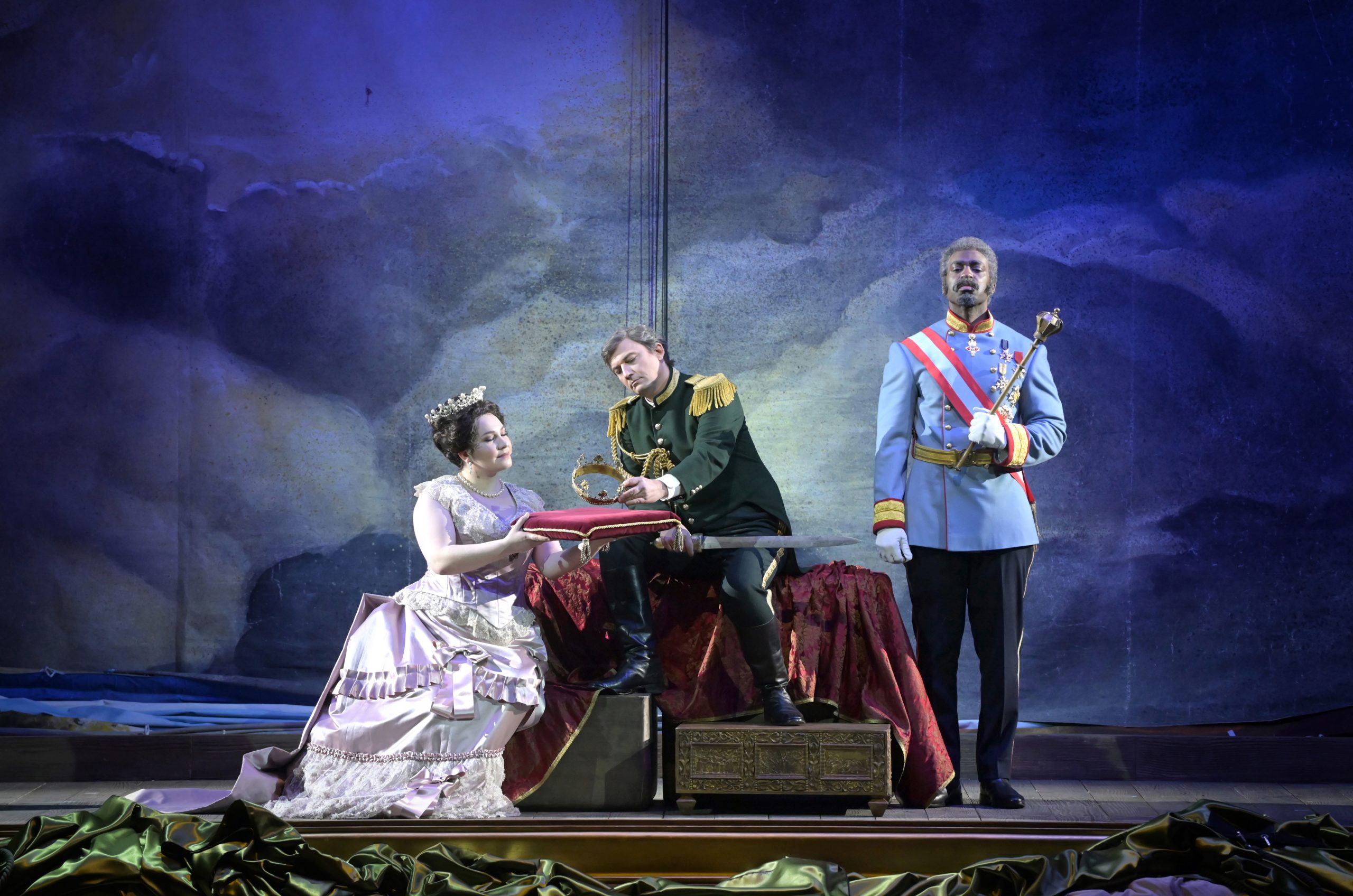 The Paris Opera Orchestra, under the sensitive direction of Michele Mariotti, brings out the epic proportions of the work, as well as the intimate passages, with careful attention to the singers. The excellent Chorus of the Paris Opera completes this high-caliber cast.