If you’re a die-hard Toronto voice/opera fan like yours truly, you may well have heard of “Box Concerts.” It’s a 30-minute long, packaged show offered by Tapestry Opera. Simply put, it’s music on wheels—a singer performing on 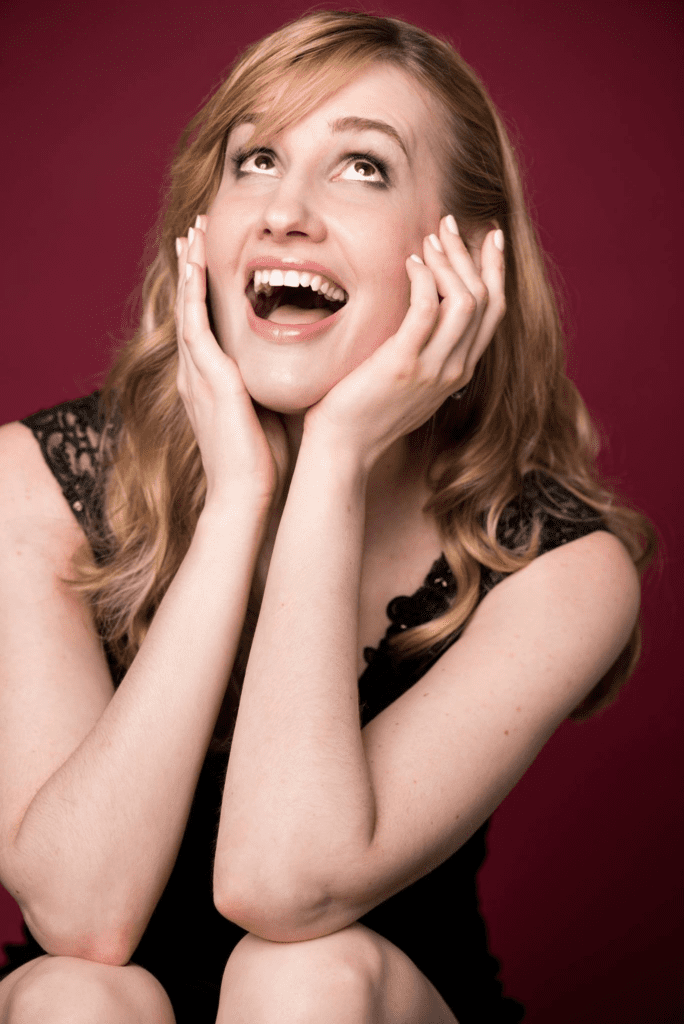 a travelling stage that goes to wherever the audiences are, in the GTA, be it a particular neighbourhood, a care facility, or a retirement home. Given that we’re still suffering from the lingering effects of the pandemic, classical music fans, being of a certain age, are often reluctant to go to indoor events, these outdoor events are ideal.

Tapestry Opera has just concluded its third summer of Box Concerts on September 10. It took place in a cul-de-sac, in a vibrant downtown Toronto neighbourhood that’s a stone’s throw from Yorkville. The singer on this occasion was fast-rising Ukrainian Canadian soprano Natalya Gennadi. I first heard her a few years ago as the heroine in a new opera, Oksana G, in the intensely dramatic role of Oksana, a young Ukrainian woman lured into the world of sex trafficking by a recruiter who unexpectedly falls in love with her.

Thankfully nothing so heavy with these Box Concerts! Here we see another side of her artistry, offering the audience an easy-listening program of songs and arias, interspersed with some light-hearted banter. “I’ve sung with Box Concerts since 2020,” says Natalya, “and I absolutely love it! I like the initiative of bringing music to long-term care facilities.” I can just imagine these elderly residents being totally charmed by her lovely voice and engaging stage persona.

We were seated in chairs, a few of us on front steps, some even standing around. It was a lovely afternoon, just the right temperature, with a nice breeze. The music was pre-taped and controlled by a technician, in the so-called “Music Minus One” style, with the voice supplied live by the soprano. Even though we were right downtown and only a stone’s throw from the hustle and bustle of Yorkville, it was surprisingly quiet, other than a very occasional car screeches.

The soprano offered a mix of operatic gems and pop standards, beginning with Marguerite’s Jewel Song from Faust, which she dispatched with aplomb. As a nod to her ancestral homeland, it was followed by a beautiful Ukrainian song composed by Stanyslav Lyudkevych. Then it was back to opera with a lovely rendition of the Puccini warhorse, “Vissi d’arte” from Tosca.

Other pieces included the lively Csardas from Die Fledermaus, even a Frank “Ole’ Blue Eyes” Sinatra favourite “The Way You Look Tonight.” The concert ended with Louis Armstrong’s “What a Wonderful World.” Sitting there in my lawn chair and listening to this beautiful song, I kept thinking, wouldn’t it be nice to have it ring true once again, for the world and especially for the people of Ukraine…
What a lovely way to spend a Sunday afternoon!

What is a Box Concert?

A 30-minute musical performance, presented on a travelling stage that comes to you. Suitable for the whole family, and available for residences in the City of Toronto.