The Metropolitan Opera Medea “Sondra Radvanovsky, giving one of the most fully immersive performances I’ve ever seen on an opera stage”

Is Luigi Cherubini’s Medea—or Médée, to cite the opéra-comique original of 1797—a prima-donna vehicle, reliant on the right fiery voice and temperament for ignition, or a masterwork with distinct merits of its own? Over the years I’ve leaned heavily toward the former stance: like so many of my generation and beyond, I got to know the opera through Callas’s sorcerous protagonist in its several recorded guises, and though I was riveted by her Medea, I wasn’t much hooked by Medea. That impression wasn’t altered by my infrequent encounters with the work onstage: reviewing New York City Opera’s production of 1974, The New York Times critic Harold C. Schonberg pronounced the opera “a noble bore,” and I couldn’t disagree. Far more recently, Fiona Shaw’s Wexford Festival Opera staging of 2017 was too outrageously awful to be boring, with nascent prima donna Lise Davidsen, miscast and misdirected, projecting all the volatile menace of Julie Andrews in The Sound of Music. All these Medeas utilized a shortened version Cherubini concocted for Vienna in 1809, in Italian, which became the basis for Franz Lachner’s extensive revision of 1855, to a German text, with sung recitatives replacing the original spoken dialogue. For the work’s La Scala premiere in 1909, Lachner’s edition was back-translated into Italian, thus creating the hybrid most commonly heard since—the product of 112 years of fussing with Cherubini’s score. 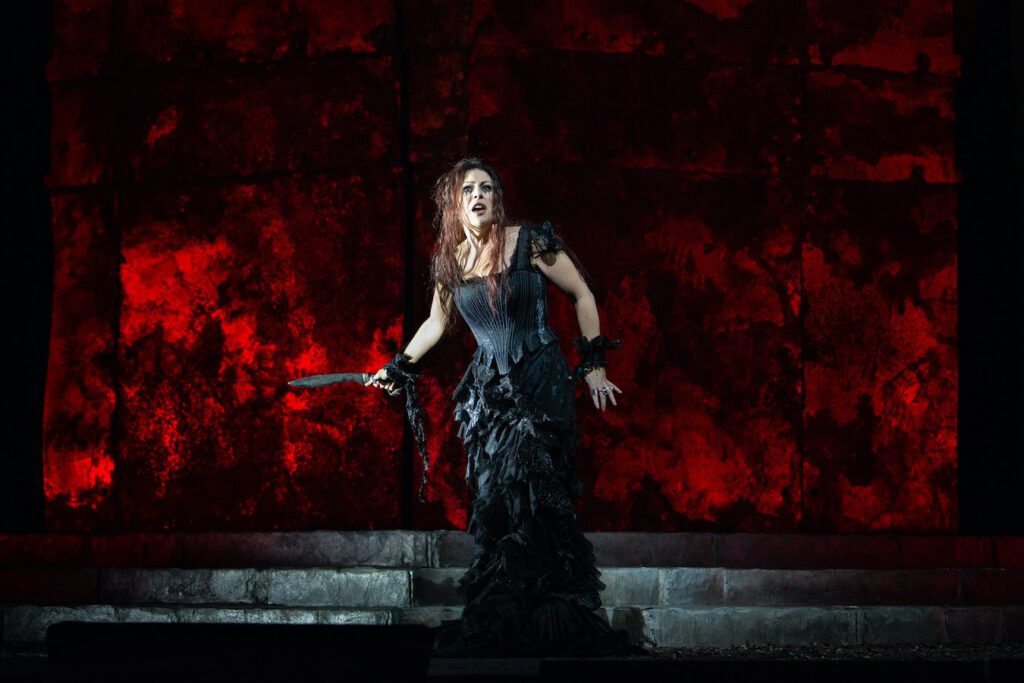 That’s the version the Met has employed for the opera’s highly belated, season-opening company premiere (I heard the third performance, on October 5), and—surprise!—I was vastly impressed and entertained: for the first time, in David McVicar’s worthily theatrical staging and Carlo Rizzi’s masterful musical direction, Medea coalesced as both a blazing star vehicle and the score so deeply admired by Beethoven and other prominent contemporaries of Cherubini’s. The blaze, of course, was ignited by the production’s undisputed raison d’être, Sondra Radvanovsky, giving one of the most fully immersive performances I’ve ever seen on an opera stage. Looking spectacularly, sinuously disheveled in Doey Lüthi’s bedraggled black evening gown, she moved with a dancer’s expressive eloquence and plastique, and no corner of Medea’s emotional makeup seemed unexplored. Vocally, though, the role isn’t an ideal fit: it’s written for a voice that builds from the bottom up, not, like hers, from the top down. The high notes filled the house thrillingly, as they always do, and she held nothing back, but many of the lower-lying passages lacked presence and impact—Radvanovsky, who can trace a Verdian line with such fine precision, had a harder time dealing with the seesawing registers of Cherubini’s. (Callas apart, Eileen Farrell—in concert and on record the other noted Medea of the 1950s—seems to me the vocal ideal.) But these are after-the-fact observations; whenever Radvanovsky was onstage—which, from her much-anticipated entrance on, is pretty much the entire opera—I was transfixed.

McVicar’s production, tailor-made for her, was a darkly handsome study in bronze and brown (he did double duty as set designer); it reset the opera in vaguely early-twentieth-century somewhere, with the men in tuxes and military uniforms and the women in wedding-appropriate attire. Panels opened and closed on a false proscenium to vary the playing area; open, they revealed a giant angled mirror that offered a distorted, nightmarish vision of the action. McVicar’s staging, with its rightfully #MeToo slant, was clear and coherent; it’s a pleasure not to be citing a litany of Regietheatrical quirks. 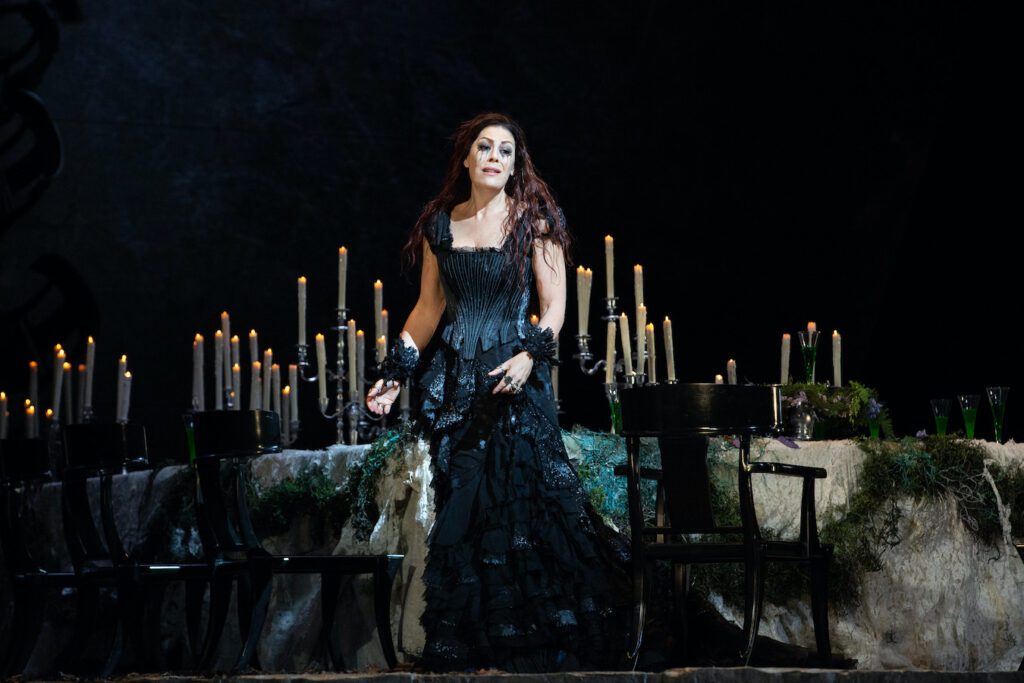 The prima donna had a good supporting cast, though no one reached her level of achievement. Matthew Polenzani sang well enough, but in both voice and presence he made a slightly underweight Giasone, clearly no match for his jilted ex. Michele Pertusi looked and played a commanding Creonte, but the voice these days has its dry and bumpy patches; and while Janai Brugger looked lovely in Glauce’s bridal gown, I missed the light, lean, pinpoint high soprano I hear in my mind’s ear. Ekaterina Gubanova, given the opera’s major purely vocal opportunity in Neris’s “Solo un pianto,” did it firm justice, if with no particular timbral beauty. That was supplied, in her aria, by Evan Epifanio’s finely played bassoon obbligato, one of many ear-pleasing solos wafting from the pit over the evening’s course. Rizzi had the Met Orchestra delivering its superb best, and he struck a deft expressive balance between classical order and the rumblings of incipient romanticism. The whole score resonated with a stature I’d never really appreciated. At curtain’s fall, the near-capacity house gave Radvanovsky a thunderous, well-merited standing ovation; but a good share of the cheers and applause, I’d now assert, belonged to Luigi Cherubini.