Toronto Operetta Theatre (TOT) billed its season-closing production of Oscar Straus’s A Waltz Dream as a Canadian premiere, though that needs a little qualification. The book, lyrics and music in TOT General Director Guillermo Silva-Marin’s hugely entertaining staging (seen Jun. 17) certainly had Straus’s 1907 Ein Walzertraum as progenitor, though at this point the relationship is somewhat distant; so too the original 1908 English-language versions in Philadelphia, New York and London that turned the work into an international success. TOT’s version dates from 1978, and its pedigree reflects London’s musical milieu at that time more closely. Bernard Dunn revamped the narrative, while Michael Flanders and Edmund Tracey rewrote the lyrics accordingly. Flanders was the literary half of the Flanders and Swann performing duo of At the Drop of a Hat fame—some of the smarter and tarter lines in A Waltz Dream are undoubtedly his—while Tracey was dramaturg, translator and a major force at what in 1974 had become English National Opera. Musical adaptation and orchestration were by composer and conductor Ronald Hanmer, a leading light in British light music until he later moved to Australia. Along the way, some of Straus’s original was lost in translation. Three acts became the more common two of music theatre, and while the basic story line remained, some characterizations and plot twists were changed. The original Ein Walzertraum faded from the repertoire over time, and in English reappears now in this much later version. 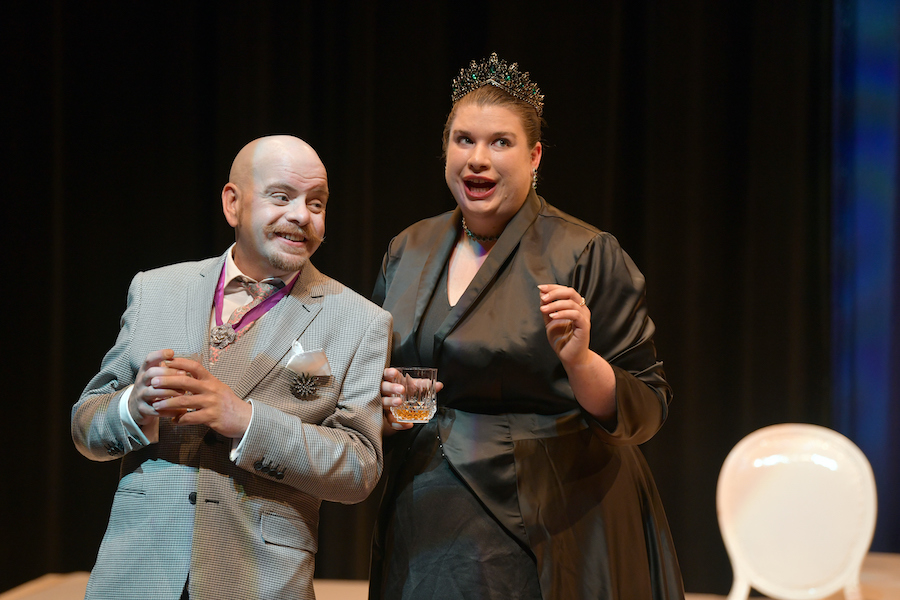 The plotline is thin even by operetta standards, though familiar tropes remain: a fictional central European principality (Rurislavenstein); an upstairs/downstairs ensemble of characters; a masked party; copious mistaken identities and misread situations; a nostalgia for all things old Vienna; and a resolution in which soprano heroine and tenor hero finally come together for everyone to live happily ever after. Here the heroine is the willful Princess Helene, heir to the throne, who has shocked proper Rurislavenstein society by marrying Niki, a dashing young Viennese hussar who seems more in love with his hometown than his new bride and certainly her straightlaced country. As the piece unfolds, Helene and Niki overcome their own and others’ prejudices to discover they have really loved each other from the outset.

The flimsy narrative, however, houses some finely crafted lyrics and dialogue and it’s all held together in an inventive and appealing musical score that sounded well even in the reduced, 10-player orchestration used by TOT. Waltzes abound, including a recurring main theme that Straus would later turn into the more grandly proportioned and popular Concert Waltz. The musical direction of Derek Bate, one of Canada’s most experienced conductors in opera, operetta and music theatre, was a strongpoint of the TOT production. He shaped and paced the music with great finesse, giving his singers room to make the most of their solos while keeping the numerous ensemble numbers tight.

Silva-Marin is a dab hand at staging with limited resources, and here created the setting—the Crown Prince’s palace and the Vienna Café—with little more than a few risers, tables, chairs, potted plants and vases of flowers. The sets, though, allowed for lots of movement and the piece played out as a quick-paced farce punctuated by musical numbers. Quite apart from the wittiness of the Flanders/Tracey libretto, Silva-Marin injected much visual humour into the production that the ensemble on stage seemed to enjoy as much as the audience. 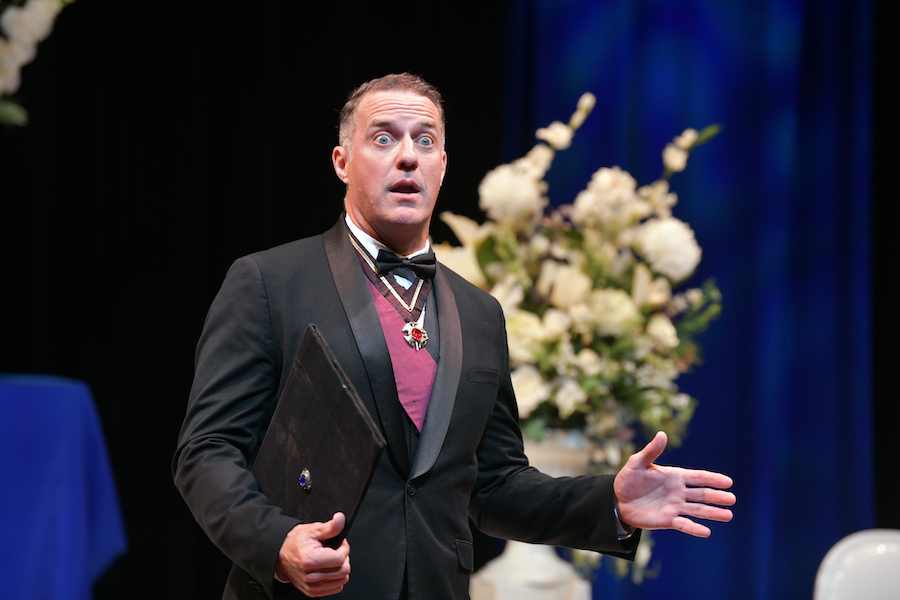 The cast included TOT veterans and some talented newcomers. Soprano Andrea Núñez and tenor Scott Rumble, both making their TOT debuts, made strong impressions as the romantic leads, Helene and Niki, rich in tone and fulsome in their execution. Mezzo Alexandra Weintraub as Fifi, owner of the Vienna Café, and soprano Amy Moodie as Franzi, leader of an (unseen) Viennese girl’s orchestra, also made their TOT debuts, handling their more comic roles with confidence. Some of the funniest business was in the hands of familiar TOT performers: tenor Keith Klassen proved a master of deadpan as Braganoff, the Lord Chief Justice; baritone Sean Curran dithered most convincingly as the long-suffering-but-not-completely-beaten-down Crown Prince Joachim, husband of mezzo Karina Bray’s overbearing and intimidating Princess Adelaide; and baritone Greg Finney brought great physical comedy to his Count Lothar, Helene’s cousin and would-be lover (until he falls for Fifi). Austin Larusson made the most of his role as Montschi, Niki’s aide, as did the trio of ladies of the court Theodora (Elizabeth Beeler), Isobel (Brittany Stewart) and Helga (Giulianna Ida Misasi). Though small, the chorus complemented the roster of named parts to revive the spirit and sound of a once-popular stage work that is long gone but not, happily, entirely forgotten.