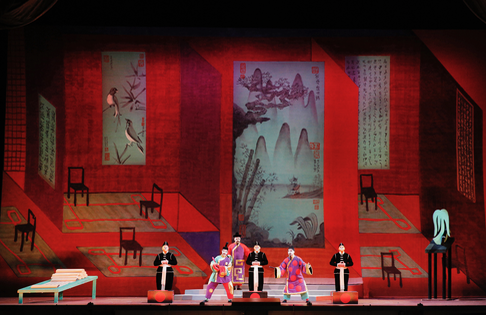 The hype surrounding the Hockney retrospective just now in Paris, last year in London and soon to arrive at New York’s Met (November 27), and certainly the 2013 Hockney exhibition at SF’s De Young have kept this now 80 year-old icon of canvas painting at the center of the art world’s attention.

Thus there has been excited anticipation of this operatic addition to a Hockney retrospective. His 1992 Turandot burst just now onto the War Memorial stage like it had never before been there. And there are reasons for this perception.