Calgary Opera’s second production in its 2022 COVID-comeback season drew a large, largely unmasked crowd to the Jubilee Auditorium for its opening Apr. 2. This La traviata was a reprise of a concept staged in Edmonton in the fall of 2018, including the same adaptable set. Set in the Roaring ’20s, the production’s Violetta is meant to recall Josephine Baker, the legendary black American entertainer, and her entrance, elegantly descending a spiral staircase adorned in a cabaret-performer’s tall, white-feathered headdress, quickly established her as exotic woman at the centre of the tragedy about to unfold. Costumes by Christina Poddubiuk reinforced the period’s flavour attractively.

Conductor Gordon Gerrard was waylaid with COVID, so Chorus Master Mark Morash led in the pit. I heard an occasional runaway moment in an otherwise solid contribution from the Calgary Philharmonic. Morash’s contribution was unequivocally positive, however, in his preparation of the chorus, which, from their first notes, generated both vocal and theatrical heft to the production. As party guests in several scenes, the chorus looked and sounded terrific, and they seemed to relish their moments as flappers and Violetta supporters. They were effectively choreographed by Tania Alvarado. Director Alain Gauthier also brought the right focus to both the crowded and more intimate moments of the opera. The group scenes had a natural feel. The confrontation between Alfredo and Violetta’s new lover, Baron Douphol (Jeremy Dubé), in Act II wasn’t especially heated, but the chorus delivered the mob menace emphatically. 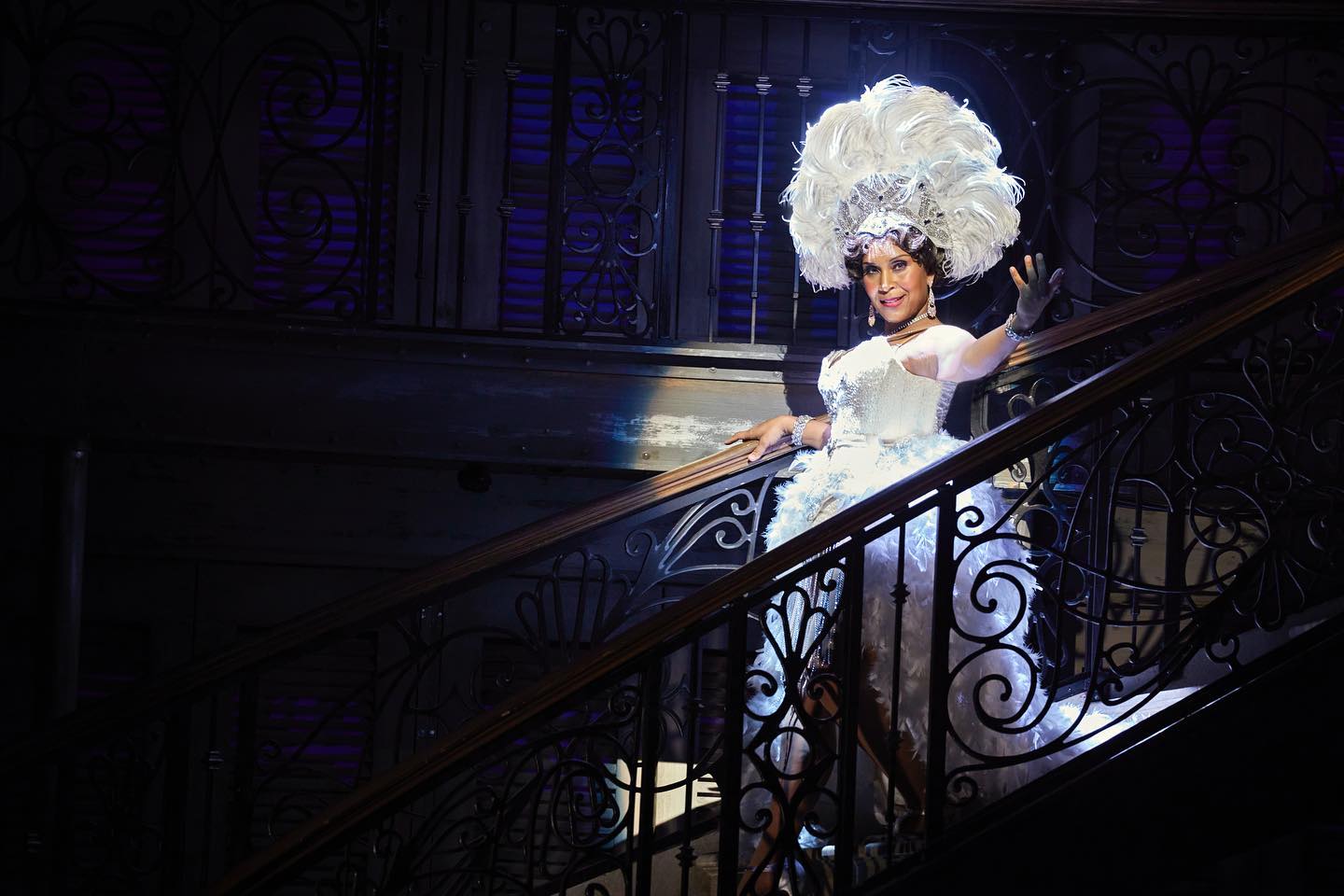 American soprano Talise Trevigne, sang Violetta with a controlled ease. Her final, erratic death scene conveyed her character’s short-lived belief that her time had not yet come with a measured approach to ecstasy. She sang her moments of frustration and passion, as well quieter moments of despondence and resignation, with assured technique and emotional sincerity. Here in her Calgary Opera debut, she made a strong impression and would be welcome back.

Alfredo, her hapless lover, was sung by tenor Andrew Haji, who last appeared in a CO production of Norma two years ago. He showed his acting range as the unguarded party boy in the Act I Brindisi, as well as in the plaintive scenes clinging, in the face of society’s conservative expectations, to his doomed romantic attachment to Violetta.

Baritone Hyung Yun’s acting as Giorgio Germont had the dynamic range to convincingly encompass the indignant father determined to extricate his son from the clutches of a transgressive libertine and the subsequently repentant man chastened by the sight of a broken Violetta overjoyed at his and Alfredo’s surprise appearance at her death bed. Yun’s singing, though, was shaky at times, and in moments when his anger needed to blossom operatically, he mustered mostly just the rhetoric to persuade his son’s lover to disappear. He wasn’t a threatening presence, as Germont can be in some productions.

Overall, however, this was a satisfying account of Verdi’s tragedy to which the audience gave a zealous endorsement.