Canadian Opera Company announced its 20-21 season on Monday evening, Feb. 10 at Toronto’s Four Seasons Centre for the Performing Arts at what has become an annual, celebratory event open to subscribers and donors. There is much to look forward to in COC 20/21, especially some very impressive casting. However, the company’s repertoire choices and more particularly, the productions in which they will be presented, indicate more than a whiff of conservatism and restraint.

The big news of course is that Toronto will finally get to see the much-vaunted François Girard staging of Wagner’s Parsifal, a co-production with Metropolitan Opera (where it premiered back in 2013 and was revived more recently in 2018) and Opéra national de Lyon. COC is billing this as its first-ever staging of Wagner’s ultimate opera and unusually, the company has launched a fundraising campaign specifically geared to bringing the expensive production to the Toronto stage. 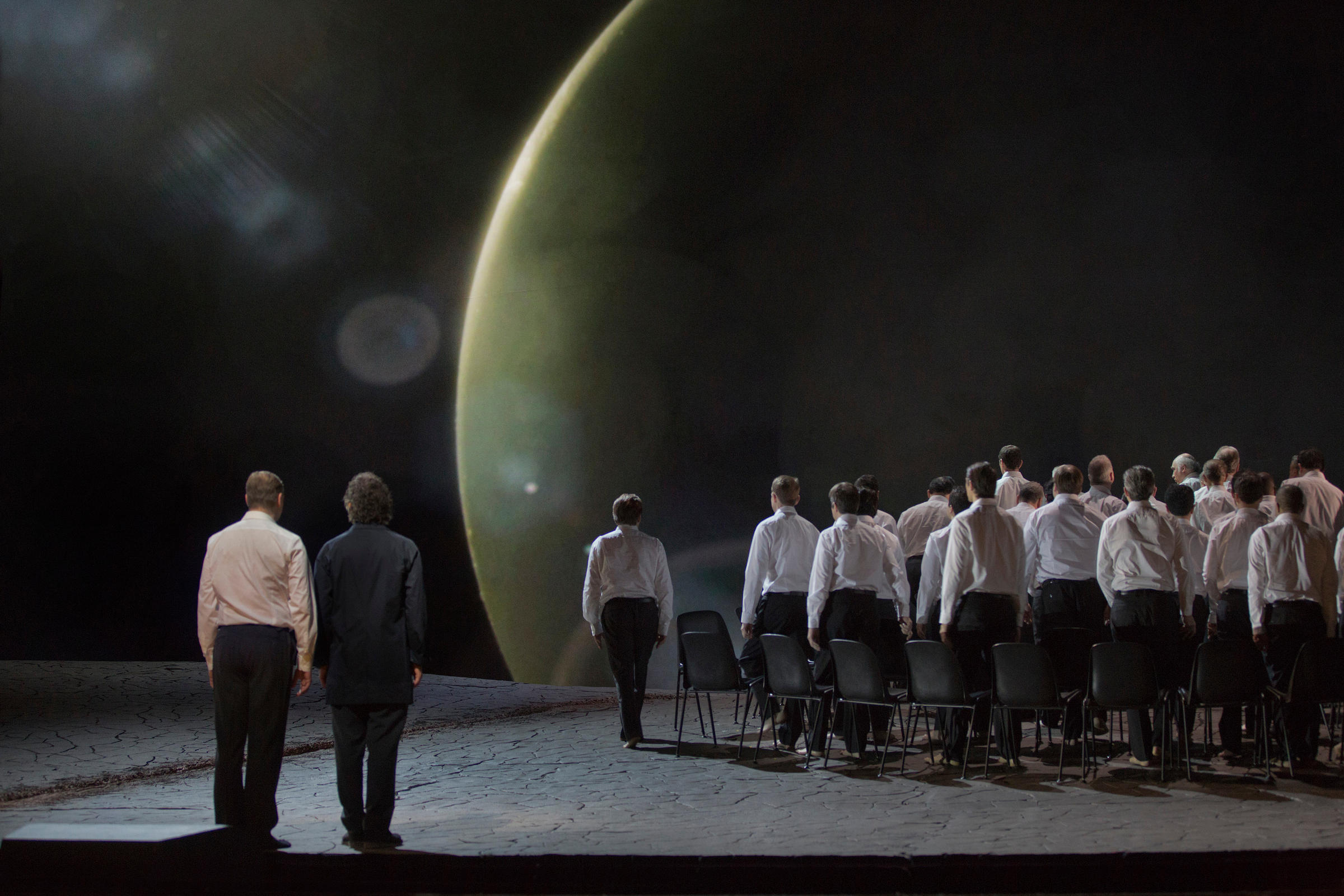 The fall season continues with a revival of Claus Guth’s staging of Mozart’s The Marriage of Figaro, last seen as recently as winter 2016. This is the German director’s stark, ‘Ibsen-esque’ take on Mozart’s revolutionary social comedy. The staging’s origins go back to 2006 when it premiered at the Salzburg Festival. Its distinguishing intervention is the added, silent, trickster-like acrobat/dancer, ‘Cherubim,’ who is costumed exactly like the page, Cherubino.

Winter 2021 begins with a revival of Bizet’s Carmen in a production last seen in 2016 (and previously, in 2010 and 2005…originally co-produced with Opéra de Montréal and San Diego Opera). As in 2016, the staging has been turned over to Joel Ivany who with Hansel & Gretel, just mounted his first brand new, mainstage COC production. This (literally) flimsy, ‘updated’ 1930s Carmen seems justified a COC 20/21 revival by dint of some very strong casting: American mezzo-soprano J’nai Bridges makes a company debut in the title role; American tenor Michael Fabiano (Rodolfo in the COC’s 2013 La bohème) is Don José; his real-life pal, Lebanese-Canadian soprano Joyce El-Khoury is Micaëla and debuting Polish bass Adam Palka sings Escamillo. Johannes Debus conducts.

If there’s one true surprise in COC 20/21, it would be Janáček’s Katya Kabanova, returning to the company’s stage for the first time in almost 30 years. At that time, the company was undergoing a multi-season unfurling of almost all of the great Czech composer’s operatic canon, as championed by then-General Director, Richard Bradshaw. The winter 2021 performances will come in the form of David Alden’s 2010 staging for English National Opera. American soprano Amanda Majeski makes her COC debut in the title role which she recently sang to acclaim at Royal Opera House in 2019. Returning to the COC is veteran British soprano Susan Bullock (a riveting Klytaemnestra in 2019’s Elektra). Debus will be doing double duty in winter 2021, leading both this Katya and Carmen. 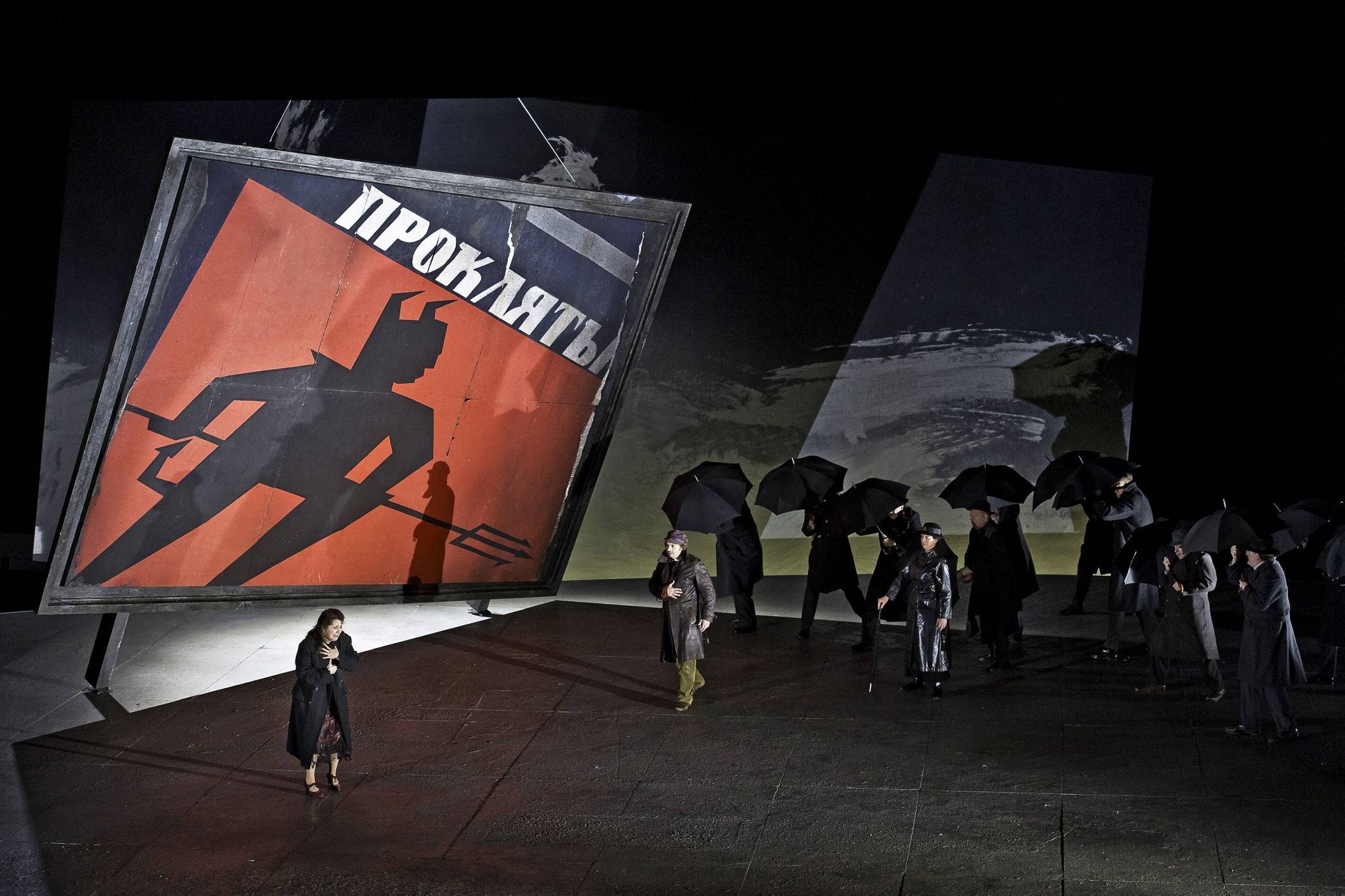 Spring 2021 revives another recently-seen COC production: Arin Arbus’s staging of Verdi’s La traviata. Much was made at the time of its fall 2015 premiere about the significance of having a woman at the helm of this woman-centric story. We’ll see if the 2021 remount can better deliver on that promise. Certainly it’s the casting of this revival that excites interest. Reigning opera diva Sondra Radvanovsky will sing Violetta…a role she has not undertaken in recent seasons. A quick Google search indicates the last time was in 2002 at Santa Fe Opera. It’s a significant coup for the company to have convinced the Canadian-American soprano to return to this Everest of Italian opera roles. She’ll be well-paired by two international stars: Maltese tenor Joseph Calleja (whose last COC appearance was in 2000 as Rodolfo in La bohème) as Alfredo and debuting Polish baritone Artur Ruciński as Germont. American conductor Stephen Lord will lead the musical forces.

[Update, Feb. 13, 2020] Lord resigned from positions at Michigan Opera Theatre and Opera Theater of St. Louis in 2019 over allegations of sexual harassment published in the Minneapolis-based online Twin Cities Arts Reader. Opera Canada asked the Canadian Opera Company to explain their hiring of Lord while he is still under the cloud of these allegations. Here is their response:

“-Upon learning of the allegations against Mr. Lord in June of 2019, the company immediately carried out a detailed review of his engagements with the COC, dating back to 1986; no complaints or records of misconduct were found in our files.

– The COC also reached out to external organizations, partner unions, and individuals who worked closely with Mr. Lord in order to learn if complaints of any kind, named or anonymous, had been formally lodged or otherwise brought forward; our inquiries and follow-up yielded no results.

-Having completed a fair and due process – one that included much careful and thorough review of the information available to us – Mr. Lord will conduct La Traviata in spring of 2021.” 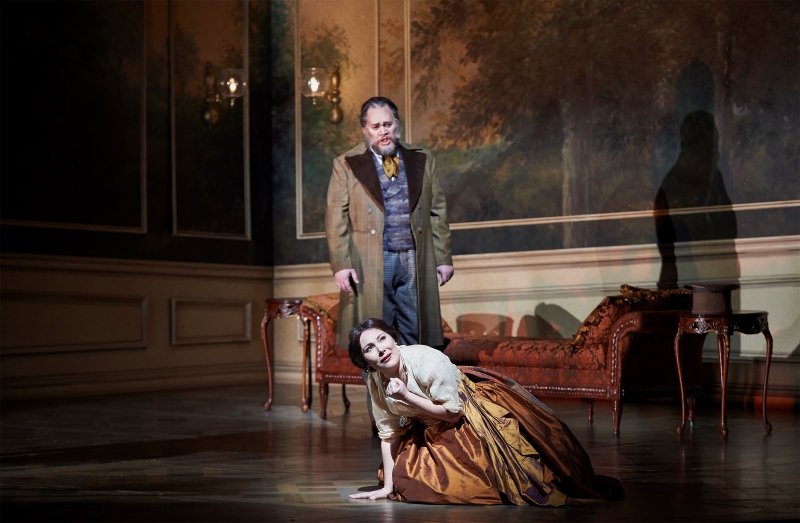 COC 20/21 concludes with a revival of Robert Carsen’s spare and powerful staging of Gluck’s Orfeo ed Euridice last seen in 2011. As then, a countertenor will sing Orfeo…this time, British singer Iestyn Davies, certainly one of the opera world’s leading interpreters of the Baroque, Classical and Contemporary repertoire. COC Ensemble Studio soprano Anna-Sophie Neher is Euridice and Canadian soprano Mireille Asselin makes a welcome return to the COC as Amore. Canadian early music specialist Bernard Labadie will be in the pit.

The COC 20/21 repertoire and production choices bespeak a certain belt-tightening and conservatism. The casting however, is top-notch and upholds the high, international-level artistic standards the company has reached under outgoing General Director Alexander Neef.

A number of wild-card productions still haven’t surfaced: the William Kentridge Wozzeck that recently premiered at co-producing partner, Metropolitan Opera; Calixto Bieito’s La forza del destino (a co-pro with ENO where it premiered in 2015); a Robert Carsen Idomeneo that had 2019 outings in Madrid and Rome and, the new COC commission, Ana Sokolović and Paul Bentley’s The Old Fools, scheduled for 2021…but that could mean 21-22. Opera fans might be forgiven for wishing that one of these had been included in COC 20/21 rather than revivals of three warhorses in productions staged in such recent memory. This type of planning sticks out even more obviously in a season comprised of just six mainstage productions.

In many ways, COC 20/21 is more balanced compared to 19/20 as it reaches back to the mid-18th century with Orfeo and forward to the early 20th century with Katya. A Puccini-less season with a monumental Wagner rarity (for Canada at least) and a dark, edgy Czech masterpiece certainly sparks great anticipation.