Catching up with Philippe Sly

Philippe Sly started his career in the world of opera as something of a wunderkind. At the age of 21, while still an undergraduate at Montreal’s McGill University, he was awarded one of the Grand Prizes in the 2011 Metropolitan Opera National Council Auditions. The following year, he took home the First Prize, as well as the prizes for ​​Best Canadian Artist, Best Artist from Quebec, Best Performance of the Imposed Canadian Work and the People’s Choice Award at the Montreal International Music Competition. By the age of 23, he had recorded his first album for the Analekta Label, and had been named “Révélation Classique” by Radio-Canada. After a short stint in the Canadian Opera Company’s Ensemble Studio, he was offered an Adler Fellowship by San Francisco Opera and made his début there at 24 as Guglielmo in Così fan tutte.

Not surprisingly, engagements with high-profile orchestras and opera companies around the world quickly followed. Now 33, he has recorded complete operas with Warner Classics, Decca and Deutsche Grammophon, and has collaborated with revered conductors such as Yannick Nézet-Séguin, Kent Nagano, Gustavo Dudamel, John Nelson and William Christie. Appreciated not only for his vocal gifts and innate musicality, he is favoured by eclectic stage directors such as Romeo Castellucci, Claus Guth, Anne Teresa De Keersmaeker and Ivo van Hove for his fearless approach to acting and total commitment to the drama.

Philippe and I got together for a chat between performances of a new production of Don Giovanni at the Vienna State Opera, a few months before his anticipated return to the Canadian operatic stage in the same work. Last season, he made his début there singing Figaro in Jean-Pierre Ponnelle’s classic production of Le nozze di Figaro. He was only able to sing the role for the cameras then on account of Austria’s lockdown restrictions, but the production was finally revived for four performances in the fall in front of an audience.

“We didn’t have a very long rehearsal period for the Ponnelle Figaro since it was a repertoire production. I actually enjoyed having to learn the staging very quickly because it allowed me to bring a lot of my own tricks to the performance. For this Don Giovanni, we had 6 weeks to put it together. To be in a show that’s so meticulously directed was a totally different kind of experience. Everything had to be worked through with our director, Barrie Kosky, in an ecstatic way and I’ve never worked so hard physically for a show. That said, it really makes a difference for the audience and the cast members when you feel that a show is thoroughly directed.”

Long rehearsal periods, however fascinating, can also bring their lot of challenges. Singers must be mindful about how much they’re willing or capable to give vocally and physically to get to opening night with all their resources at hand. After two weeks of intense rehearsals in Vienna, Philippe started to feel the effects of vocal fatigue, a feeling he was familiar with.

“I was 27 when I sang my first Don Giovanni, and Jean-François Sivadier, our stage director, who I respect immensely, worked with us like a real theatre troupe. I gave my 100% from the very beginning of the rehearsal process and by the time we got to the dress rehearsal and opening night, I was sort of done. I got to the first duet of the second act and realised that I had no more voice left and half an opera to sing. Giovanni has a nice break during the following sextet, and I was left thinking about how I had to hold the show together with a big finale and a lot of pressure, staring at thousands of people in an outdoor theatre.”

Not only was this production one of Sly’s first high-profile engagements in Europe, Aix-en-Provence being one of France’s foremost summer music festivals, the production was recorded live for French radio and filmed by Medici TV. Performances were separated only by a day rather than the usual two or three—not nearly enough to allow for proper vocal rest. He finished the run successfully with the help of medication, usually used as a last resort for singers. 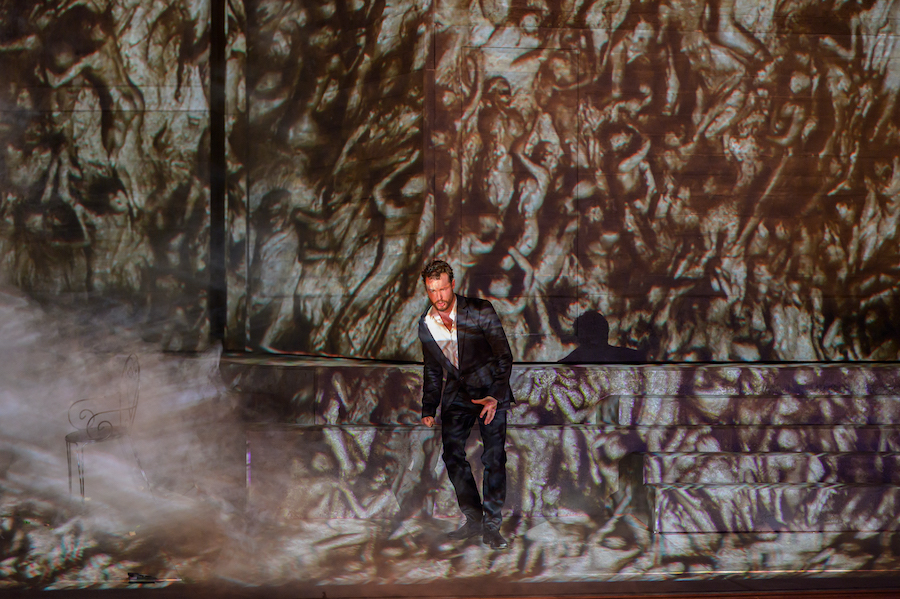 “It’s so hard to learn how to cope with that sort of situation. When you’re a young artist you’ve mostly been covering main roles or performing small ones in big companies. You’re never confronted with something like that. It made me realise that I had never really learned how to pace myself properly.”

Thanks to the good faith of conductors, directors and administrators, as well as the strong artistic bond he had formed with them, Sly was able to carry on and continue developing his craft through renewed successful collaborations. Since his first production in Aix, he’s performed the title role of Giovanni in Lyon and later took on the slightly lesser role of Leporello at the Paris Opera, and now in Vienna. In May, he’ll go back to the role at Opéra de Québec after a 4-year hiatus.

His career thus far has been divided in two: his concert and recital work takes place for the most part in North America, where he has by now performed with nearly every major orchestra; his operatic work is mostly European. In fact, except for a handful of concert performances with the Montreal Symphony Orchestra, he hasn’t performed opera in Canada since his days as a young artist at the Canadian Opera Company. 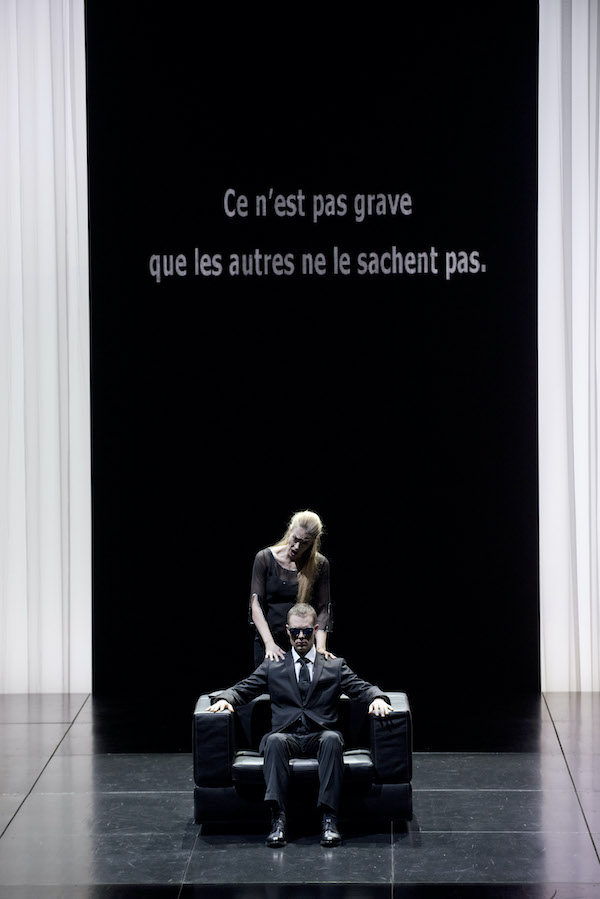 Next season, Philippe will make his Opéra de Montréal début in La beauté du monde, an opera set in France during World War II in which his character risks his life to save precious works of art in the Louvre from falling into the hands of Nazi officers. This production, which will feature an all-Canadian cast, has been postponed twice due to the pandemic. Although this will be the first time he takes part in a world premiere, he is no stranger to contemporary music, having taken part in Philippe Boesmans’ Au Monde at Paris’s Opéra-Comique in 2015.

“The team [for La beauté du monde] has been a joy to work with. I was in constant communication with Michel-Marc Bouchard, the librettist, and Julien Bilodeau, the composer. If there were any inconsistencies, or problems with the text or vocal range, they were more than willing to have a dialogue about how to make things easier and more idiomatic. That part of the process was awesome. Our workshops culminated in a run at the Maison symphonique last summer and hearing the whole piece with the orchestra was amazing. Julien has a lot of tricks up his sleeve, he knows how to make an effect. The music of the second act is really badass. I’m excited to see people’s reaction to the piece.”

Amidst the many challenges faced by all freelance opera singers during the pandemic—postponed or cancelled performances, travelling during covid surges, endless testing and isolation periods—one very joyful event occurred for Sly and his wife: the birth of their first child, a daughter. And while some Canadian singers choose to settle down in Europe to avoid having to criss-cross the Atlantic, he and his family recently relocated from Montreal to La Tuque, Quebec, where his mother’s family has its roots. The three of them were abroad together for the first time in Vienna.

“Fatherhood has made my obsession for perfection tamer. It gives me more objectivity and it has helped me get through this very intense production, preventing me from getting into old habits and irrationally overthinking things. Being in a production alone for weeks versus being there with my family is completely different. I’m just as obsessed about doing things well, but I don’t do it to my own detriment because I know that I have people, my family, relying on me. Everything is better now because of it.”

Also a gifted recitalist, Sly regularly appears alongside pianist Michael McMahon on stages across North America and in the recording studio. Current projects include a new Schubert album with guitarist John Britton, as well as a second venture with Le Chimera Project. The latter group is behind the creation of a theatrical adaptation of Winterreise, which has been performed at the Domaine Forget in Saint-Irénée, Montreal, Mont-Tremblant and Toronto, as well as in Vichy and Rouen. Future opera engagements include adding Papageno to his repertoire and making important débuts in Munich in Handel’s Semele, in Zürich in Delibes’ Lakmé and at the Metropolitan Opera in the company’s first-ever production of Handel’s Alcina.

“I don’t necessarily think in terms of roles. People offer them, I check them out, there isn’t much more thought about it in terms of planning. My voice wants to be higher now, even if my lower register is growing, so we’ll see where that goes. If I can get more Baroque operas, I’ll take them. With regard to other repertoire, I would love to do some Berlioz, more Golauds, which I’ve only done in concert once, and I’ll have to start looking at some bel canto roles, perhaps something like Dulcamara. We’ll see what happens and what comes my way when I hit 40.”

Coming up in Philippe’s schedule is Mozart’s Requiem in Quebec City and Montreal with Les Violons du Roy and Bach’s St. Matthew Passion at Carnegie Hall with Orchestra of St Luke’s. He will sing the title role of Don Giovanni in Canada for the first time on May 14, and in June will be back where this catch-up started, in Vienna, singing Leporello. 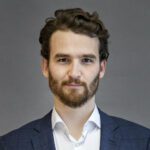 Olivier Bergeron is a multi-tasking lyric baritone from Montreal. As a writer, he has contributed to Opera Canada and La Scena Musicale, while he also serves on the administrative team at Orchestre classique de Montréal.