It’s good that music competitions are rare. It keeps them weird. I suppose for many people they are just concerts, which sounds like it would be nice. Since you’re reading this in Opera Canada you’re likely more familiar than most with competitions, which are one of the best ways to experience how we listen differently when we listen competitively. My hope is that in the future, after the last guillotine falls silent, there won’t be any more music competitions. Well, there probably will, because people like to compare incomparables, but the stakes will be lower. In the present, 385 singers applied for this year’s Concours Musical International de Montréal and 32 of them are now performing, getting noticed, and—fingers crossed so hard the knuckles whiten—getting hired. Competitions are a symptom of a lack of work.

It seems like an ordinary concert at first, except there’s a pong of anxiety in the air, a row of distinguished judges with their faces villainously lit by reading lamps, an opera scout salivating at the idea of discount talent, one or two hollow-eyed journalists sneaking energy bars and numbly chewing the crumbs onto their laptops; not things you (want to) see at an ordinary concert. The other obvious oddity is the duration of the experience. Sit for all three rounds of CMIM and you’ll have 20 sedentary hours to answer for. Check with your doctor first.

Listen for this long and you start to hear yourself listening and knocking against the limits of your own attention; to face and embrace your musical prejudices—those composers who irritate or miss the mark regardless of how well they are performed—and especially to anticipate those delicious moments when despite your aching ass and grumbling stomach, despite everything, a singer grabs you by the guts. Is this a winner? Is that? I wouldn’t want to listen all the time like this and I certainly wouldn’t want to have to turn my experience into numerical scores like the judges do, but there’s something appealing about the intensity.

So who gut-grabbed on the first day? South Korean bass-baritone Jusung Gabriel Park, who, if you bet on these things, would have been one of the favourites going into CMIM having been a finalist in the BBC Cardiff Singer of the World competition 2021 (for odds, meet me behind the church tower on Sherbrooke at midnight and bring cash). The best competitors choose clever rep and Park opened with a crispy rendition of the catalogue aria from Don Giovanni, which is a smart way to show how much fun you have singing. He’s casually captivating and his phrasing is masterful. A complete meal. 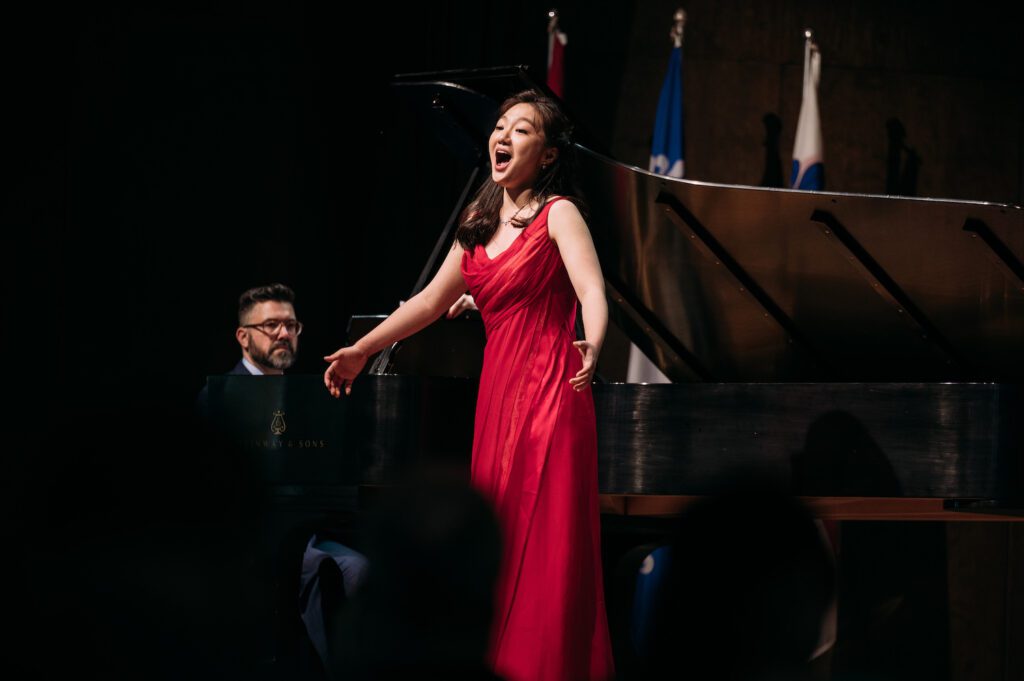 Another South Korean, soprano Seonwoo Lee, also gave the impression of having brought an uzi to a boxing match. At 25, she’s one of the youngest competitors and already fully-formed. Her Ravel was riveting, her Strauss sublime, her Rossini resplendent. Her phenomenal control reminded me of watching sparrows do impossible turns in the air. 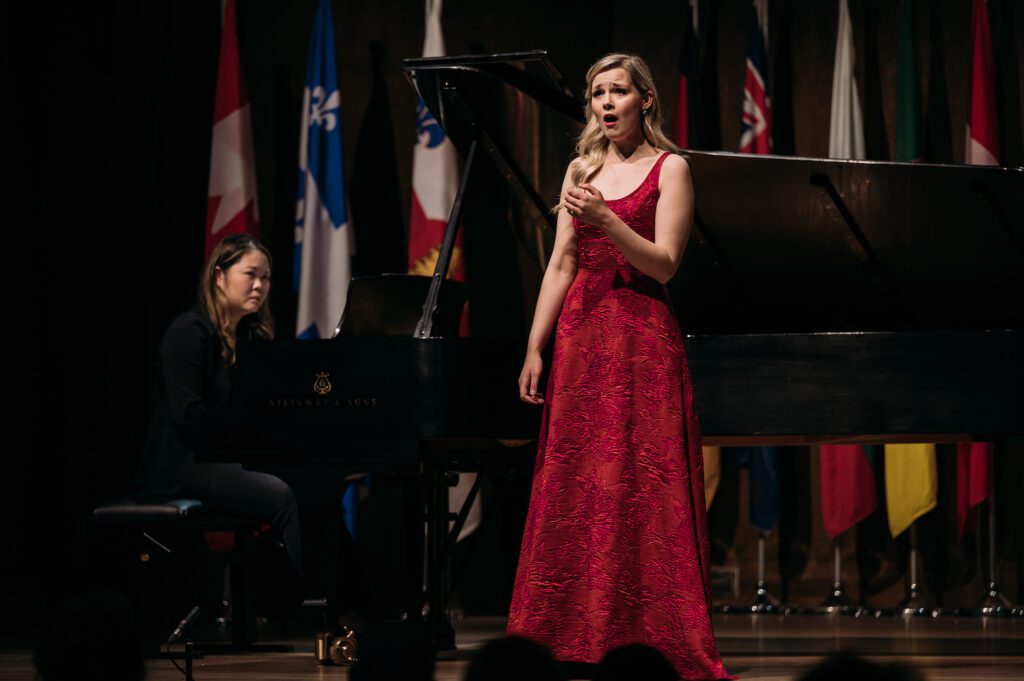 I was grateful to Polish-Canadian soprano Karoline Podolak for the first 20th century rep (from Szymanowski’s Król Roger) and a disconcerting pleasure, like handling fireworks, of worrying if they will go off and kill you. This is not an entirely unique experience in Bourgie Hall. It’s small enough that singers with more power than control can easily overwhelm, though if they make it to the next round, held in the Maison Symphonique, this becomes less of a risk. 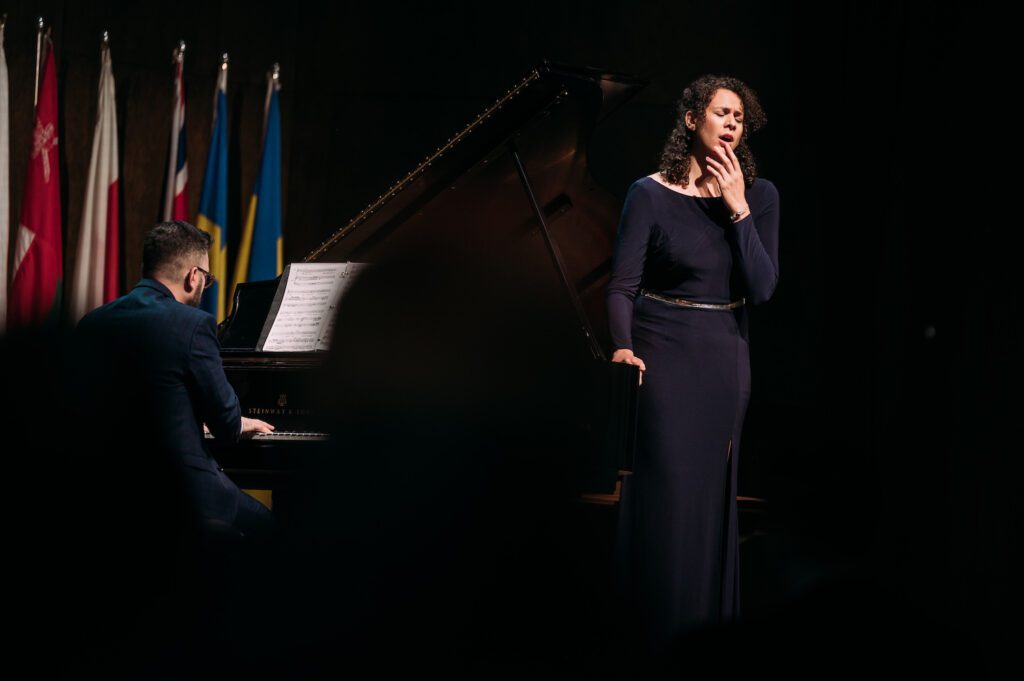 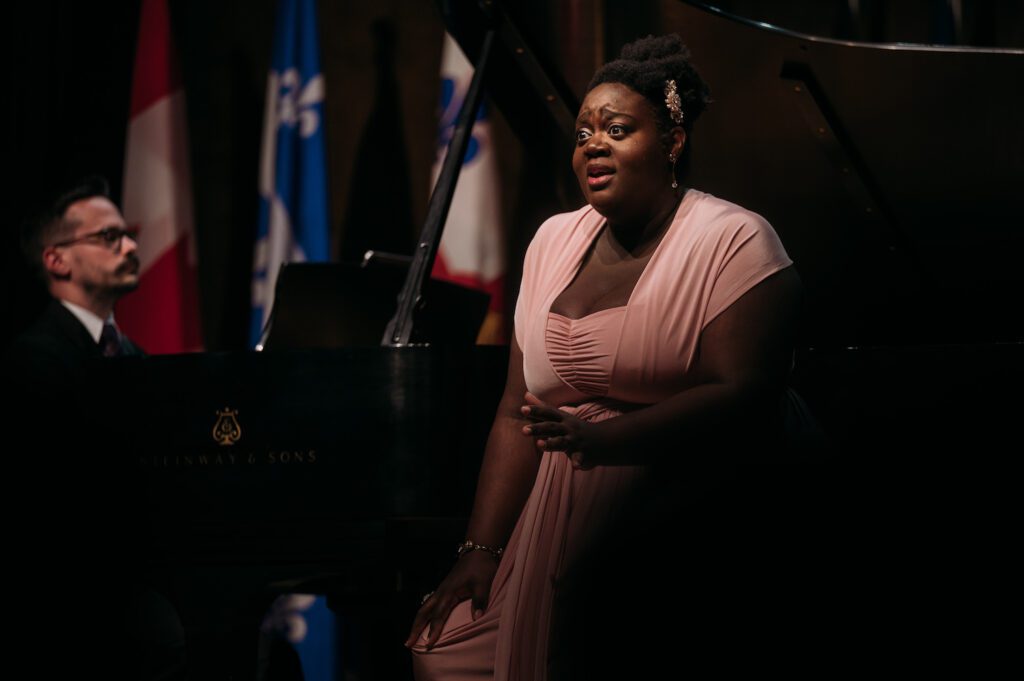 In the Art Song category Canadian Soprano Monika Mazanka cast a spell with Schubert’s “Gretchen am Spinnrade”, filling the room with an aching cloud, and American baritone Bryan Murray served up Fauré, Schubert, and Barber with polished tenderness.

The first round continues today. Bring a pillow to sit on. 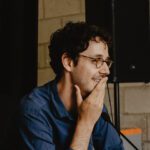