[vc_row][vc_column][vc_column_text]Laurent Pelly’s drab production of Massenet’s Manon will never be a favorite of mine (he’s got a far, far defter hand for comedy), but the performance I saw on Oct. 2nd—its third of the new Met season—managed to easily outshine its pallid trappings. Chantal Thomas’s sets are ugly, cheap-looking, and often inscrutable (fluorescent lighting in the Hôtel de Transylvanie?), and Pelly’s costumes are chic but similarly monochromatic. Pelly’s direction (replicated for this revival by Christian Räth) has some effective moments—he knows how to utilize space—but is full of gratuitous posing and puzzling illogicalities: why, for instance, on their way to abscond to Paris in Guillot’s coach, do the love-at-first-sighters both leave behind their clearly visible baggage, and why is the Abbé des Grieux’s bed smack in the middle of Saint-Sulpice?

Still, the performers made this Wednesday evening something special. All the principal singers were, as of the previous week, new to their roles at the Met; and for Lisette Oropesa, as the lovably fallible heroine, it was an actual role debut. I’d never have guessed it from the performance she gave: vocally and dramatically Manon fit her like a perfectly tailored Parisian glove, full of lovely detail but never fussily so. The voice, with its seductive silvery glimmer, has enough colour to give it texture and depth and enough power to make Massenet’s musical points without straining. It’s been gratifying to see Oropesa, so long underappreciated at what for years was her home house, being given her local due: both as the dual winner of this year’s Richard Tucker Award and the Met’s Beverly Sills Award, and in her twin starring roles this season at the Met (Violetta in La traviata awaits her in February). As slow as Peter Gelb has been—again!—to recognize what’s right under his nose, it’s a pleasure to welcome this very special singer back to New York. She’s the finest Manon I’ve heard since the glory days of Beverly Sills. 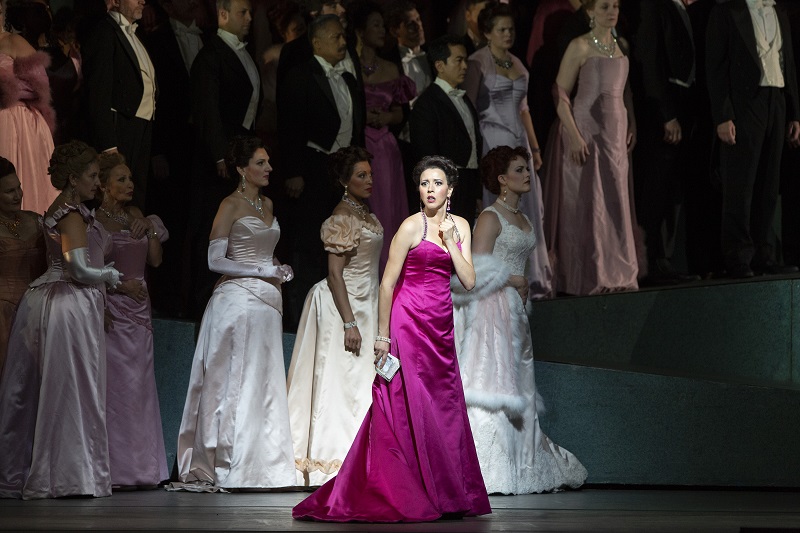 She had in Michael Fabiano an ardently Italianate des Grieux, looking romantically apt and singing with more nuance than I’d expected, though the forte top notes still sound overdriven and his gear shifting into high pianissimi needs further finesse. Artur Ruciński was the playful, extrovert Lescaut, his healthy baritone peppered with grace; Carlo Bosi (in his first French role at the Met) was a perfectly pompous Guillot; and Kwangchul Youn, his imposing basso loosened a bit with age, delivered a good, grave des Grieux père.

And making his highly belated debut appearances at the Met, Brett Polegato sang a fine Brétigny, hitting more of a dramatic mark than singers often do in this important but easy-to-overlook role and giving his big, expansive line in the Act II quartet its prominent due (my benchmark for years has been Sills’s habitual Brétigny, a pre-Wagnerian Robert Hale). Maurizio Benini conducted—like his tenor, more all’italiana than à la française; and while I occasionally missed those Gallic niceties, he adeptly kept a long evening moving. And “moving” in quite another way—deeply so—was exactly what this evening turned out to be.  [/vc_column_text][/vc_column][/vc_row]