Canadian opera singers Frédéric Antoun and Michèle Losier have both spent much of the year planning, practising, and, like many artists, longing for a return to the stage. Royal Opera House Covent Garden audiences had seen Antoun’s Alfredo Germont in La Traviata in the early part of 2020, and the tenor was scheduled to perform again on the evening of March 16th. “Our show was cancelled an hour before we went on,” he recalls. By contrast, Losier was able to finish her run as Octavian (a role debut) in Der Rosenkavalier at Staatsoper Unter den Linden in Berlin “The last time I was onstage was February 29th,” the mezzo-soprano says. “I was so lucky to finish that contract, it was a tremendous role to do for the first time, and I counted my blessings when I heard things were closing.” 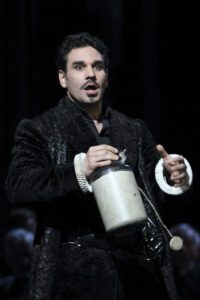 The pair are preparing to perform with conductor Yannick Nézet-Séguin as part of Orchestre Métropolitain’s presentation of Mahler’s Das Lied von der Erde (The Song of the Earth) on Sept. 20th at Maison symphonique de Montréal. Programmed with JUNO Award-winning composer Vivian Fung’s Prayer to open, the performances (which are sold out) will be taped for online broadcast from Oct. 2nd-9th via the orchestra’s website. The singers fully credit Nézet-Séguin, who is music director of Orchestre Métropolitain, Metropolitan Opera, and Philadelphia Orchestra, for the initiative in making the performances happen and for giving musicians needed faith to roll with the ever-changing tides of pandemic-era performances.

“Yannick has been very proactive from the beginning,” notes Losier, “and even though [the concerts] are all planned, we didn’t know how, even a month ago, much would happen—every day we didn’t know if something would happen and the government would change the rules. But so far it’s okay!” “With Yannick, his approach is, ‘Let’s do it and we’ll see,’ it’s, ‘We’re saying we’re doing it, and so if we can, we will,’” says Antoun. “I’m always telling my wife how it took a pandemic for me to sing with him again—it’s been twelve years!” The last time the pair worked together was at the Festival de Lanaudière in 2008, in Carl Orff’s Carmina Burana; Losier worked with the conductor in 2019, in a concert presentation of Bluebeard’s Castle with Orchestre Métropolitain, singing the role of Judith opposite John Relyea’s Bluebeard.

“Yannick has been very proactive from the beginning…[but] we didn’t know how, even a month ago, much would happen”

Despite their experiences, neither singer has encountered Mahler’s monumental work in quite the way it’s being presented now, particularly with its timely meditations on life and loss. The piece was written over the summer of 1908 amidst a torrent of stress and personal tragedy the year before. Mahler’s eldest daughter Maria had died in July and the conductor/composer also resigned as the Director of Wiener Staatsoper following a decade of rising administrative tensions and an ascendant antisemitism within Viennese society. In a darkly portentous diagnosis, Mahler learned of a congenital heart defect during this time as well, the effects of which would lead to his demise just three years later. 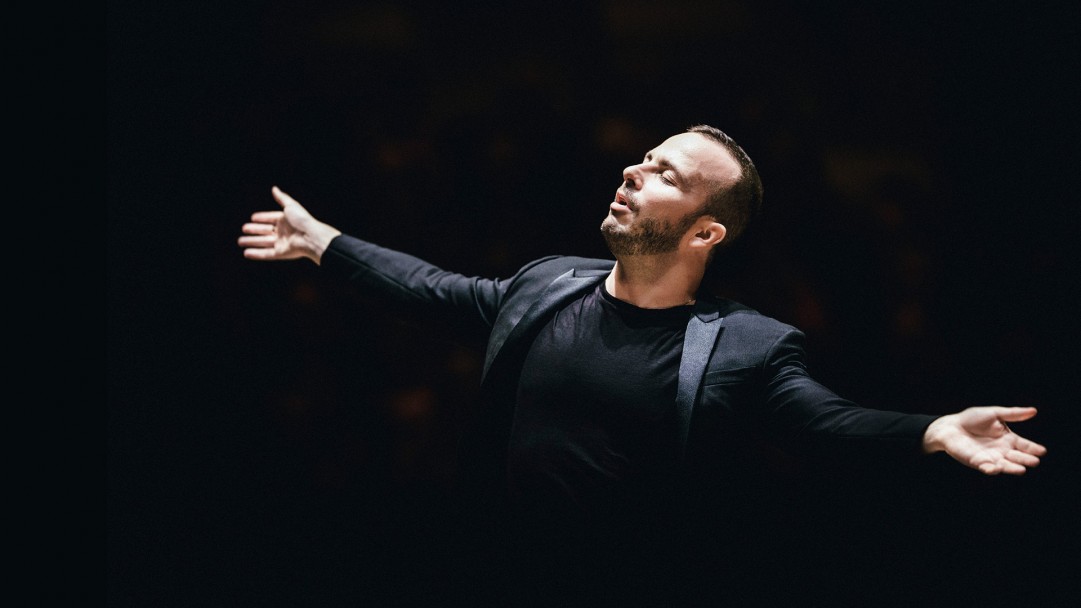 The themes of Das Lied von der Erde are reflected through its divergent, if complementary, chapters based on texts from German poet Hans Bethge’s translations (or ‘Nachdichtungen’—paraphrase poems—as he termed them) of Tang dynasty poet Li Bai, collected in Die chinesische Flöte (The Chinese Flute), published in 1907, and then further shaped by Mahler throughout the composition process. “Das Trinklied vom Jammer der Erde” (“The Drinking Song of Earth’s Sorrow”), “Der Einsame im Herbst” (“The Solitary One in Autumn”), “Von der Jugend” (“Of Youth”), “Von der Schönheit” (“Of Beauty”), “Der Trunkene im Frühling” (“The Drunkard in Spring”), and its famous final movement, “Der Abschied” (“The Farewell”) offer thoughtful juxtapositions, particularly in the era of COVID-19, where seemingly disparate notions (abundance and want, community and isolation, desire and loss) have been forced to sit side-by-side, awkwardly looking into one another’s eyes through the blanket of a facemask. Even the title, with its inclusion of “erde” (“earth”) suggests notions of both growth and rot, an entwined harmony whose tensions are underlined most clearly in the vocal writing. In scoring the work, Mahler specified a tenor and an alto for the alternating parts, symbolizing that the vital energy of contrast (drunkenness and thoughtfulness; freshness and aging; notions of the finite and the eternal) which powers the work’s thematic concerns within the life-death dialectic. The piece is immense not only in terms of its ideological scope, but also in the vocal demands it places on its soloists.

“It’s so well-written for the voice, and the words are so right with the music.”

When he was first offered the role, Antoun, who is known for his work in French, Italian, Baroque, and bel canto repertoire, had one thought: “Isn’t this for a heldentenor? But then I went through the score, and found it suits me really well…. When I was working on it—this doesn’t have anything to do with the style—but I was reminded of my first concerts singing the Evangelist in the Bach Passions; it’s like you are telling a story with the words set so very right to the music.” Antoun readily admits that if he’d been offered the piece two years ago, he might have turned it down, but “now I know my instrument enough that I can handle these vocal passages with calm and support. Maybe in front of an audience it’ll be different, but…!”

Losier does have experience with the work of Mahler; as well as Das Lied von der Erde, she has performed his earlier song cycles Lieder eines fahrenden Gesellen (Songs of a Wayfarer, 1896), Kindertotenlieder (1904), and studied the composer’s popular Rückert-Lieder (1905). “It’s wonderful for my voice type,” she says of the music, which meant that in approaching Das Lied this time, Losier felt “motivated to prepare.” The words of the female voice, in contrast to those of her male counterpart, are, as Losier describes, “about longing and depression, autumn and nostalgia, so all of this kind of enters the mood (of the music); it’s not very happy, but it’s still uplifting.”

The orchestra will be performing the arrangement of Das Lied sketched by Arnold Schoenberg and completed by composer/conductor Rainer Riehn. Antoun says Nézet-Séguin has already indicated he may augment the string (or at least first violin) section, but the mood will still be intimate, and is being paired, appropriately, with Fung’s new work Prayer, inspired by the work of Hildegard von Bingen and composed throughout the course of the lockdown earlier this year.  “We’re very happy,” Losier says, “I have to admit I’m a little nervous of course, I’ve not been onstage in months.” Prior to orchestral rehearsals, the mezzo-soprano rehearsed with a pianist, and though she says she feels confident, navigating the realities of the moment may be a different matter. “I think I’ll get emotional to be reunited with the musicians and with Yannick.”

“I am excited about doing Mahler and can’t wait to perform with the orchestra,” says Antoun, “but at the same time I feel bad—it’s like survivor’s guilt. I feel the weight of all my colleagues— the singers and musicians and dancers—everyone who is out of work and who doesn’t have these opportunities, not for lack of talent, but because there’s nothing going on. It’s a mixed feeling to return.”