Is there a more problematic opera for the #MeToo era than Rigoletto? As yet another wealthy, powerful, privileged man sits in Washington accused of sexual assault, Verdi’s portrayal of predatory male entitlement and unpunished crime seems more distasteful and vexing than ever (at least Don Giovanni gets his comeuppance at the end).

This is especially true when the production is as ultra-conventional as was Opéra de Montréal’s season-opener (seen Sept. 22). Director Michael Cavanagh’s Rigoletto, adapted from a Seattle-San Diego Opera co-production, is 100 percent traditional, and at least 50 percent more rapey.

The production is perfectly mundane, all quaint courtyards, velvet drapes and Renaissance-era costumes. Visually, Anne-Catherine Simard-Desraspe’s lighting design was the most interesting thing about it, giving every scene the rich, velvety depth of a Holbein painting. Within this pretty frame, Cavanagh offered a shockingly banal, offhanded approach to the opera’s intrinsic misogyny.

All the scenes at the Duke’s palace take place around a huge reproduction of Bernini’s famous Rape of Proserpina statue, while fleshy paintings of abduction and abuse—in the manner of Poussin’s Rape of the Sabine Women—line the walls. Rigoletto mimes anally raping Ceprano with his marotte, and we’re supposed to laugh. It’s all one big, ghastly joke that only the teller finds funny.

Even Monterone’s poor daughter—always nameless, faceless, silent—is shown in an extreme state of distress and dishevelment, leaving no ambiguity as to what happened to her in the Duke’s room. When her father inexplicably turns his vengeful rage from Rigoletto and the Duke to her, the violence feels gratuitous and, from a zeitgeist perspective, tone deaf. 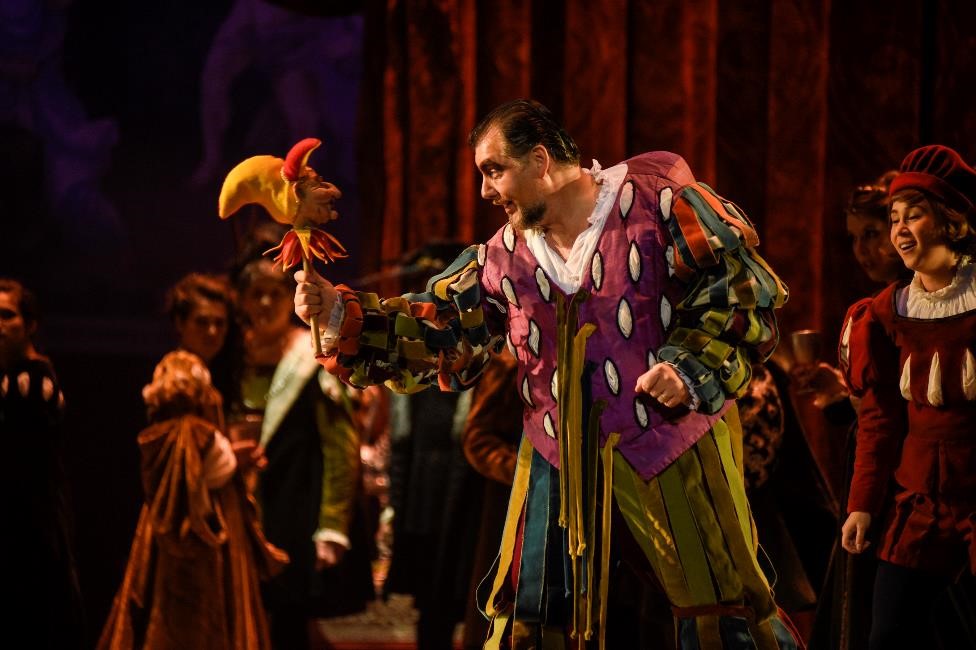 If the scenography was enough to make you give up on this opera entirely, at least the musical performances held both interest and integrity. In the title role, James Westman impressed with a flinty, menacing baritone that could turn tender or pathetic on a dime, although I felt his ‘Pari siamo’ could have been more rueful and bitter. An aggressively physical actor, he conveyed Rigoletto’s clumsy, lumbering ugliness well.

Myriam Leblanc’s Gilda was certainly sweet, but lacked vibrancy or presence. Leblanc was sipping water onstage and her voice and energy both seemed to droop at times, making me wonder if she was nursing a cold. Her ‘Caro nome’ had all the notes but none of the feverish infatuation. The voice is not unattractive: powerful if slightly covered through the middle, with a lean, Baroque vibrato and a crystalline, almost piercing quality at the top. But intonation was a problem, with a persistent tendency to sing very sharp. 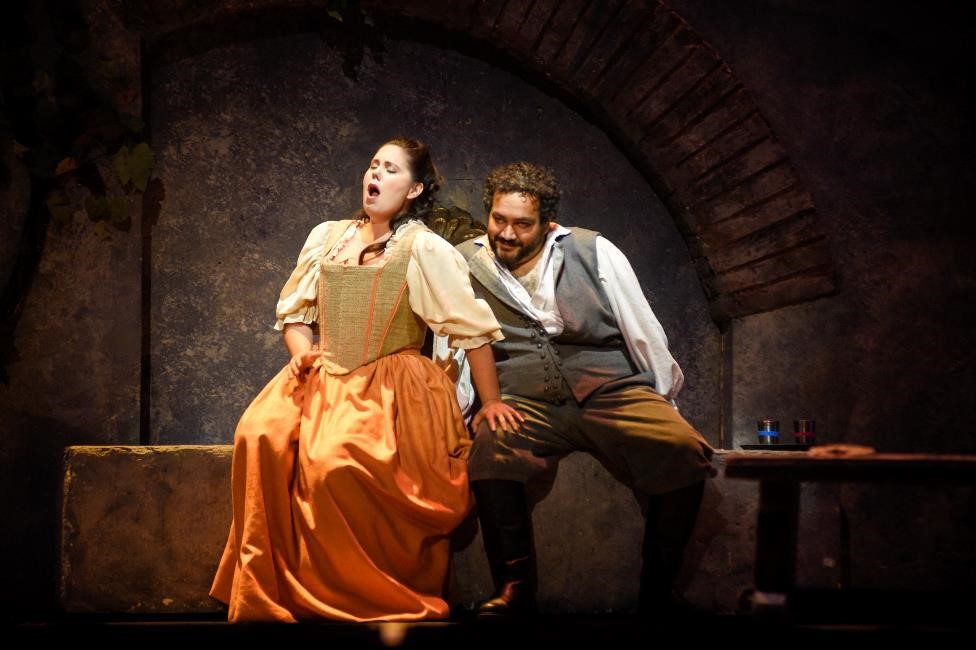 As an 11th-hour sub for Rame Lahaj, the magnificent young American tenor René Barbera wowed as the Duke. Now here was a splendid, memorable house debut: fearless technique; gleaming, saturated colour; thrilling agility; burning expressivity (throwing in a shameless but electrifying crescendo at the end of ‘Parmi veder le lagrime’); high notes for days. His youth made for a believable portrait of the Duke as an impulsive, self-centered, not overly bright frat boy, rather than as a calculating psychopath.

Tall and lean, Vartan Gabrielian was a particularly sinister, grim Sparafucile, although his low F was indistinct. Carolyn Sproule’s sensuous, petulant Maddalena and Scott Brooks’ authoritarian Monterone both stood out.