It would be difficult to imagine a more hard-working company than Britain’s Opera North. To Nottingham’s Theatre Royal they brought touring productions of six short operas split into double bills – on the two nights I saw (November 2 and 3), performed with real conviction. This involved several cast members appearing in two operas a night, as well as doubling up roles within each opera. 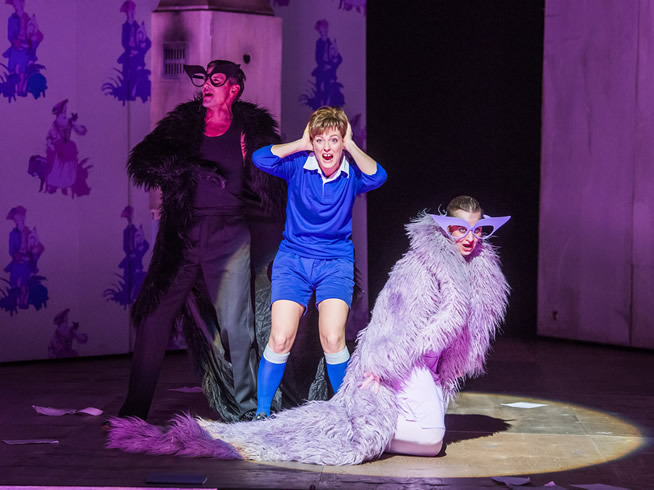 In Ravel’s L’enfant et les sortilèges (seen Nov. 2), where doubling and tripling is customary, Canadian mezzo-soprano Wallis Giunta had the advantage of singing just the one, lead role. Forthright as a stroppy, self-centred brat when the opera opens, she judged perfectly the gradual transformation into an empathetic child aware of the interdependence of living creatures. Yet at neither end of this spectrum was there any vocal exaggeration.

Those given multiple roles necessarily had to apply more obvious vocal coloration to differentiate the characters. Inevitably some characterisations were a better fit than others – for example, Fflur Wyn deftly delivered the coloratura of the Fire, but sounded less comfortable in the more lyrical guise of the Princess. Ann Taylor was not lacking as the Chinese Cup or the Squirrel, but her lustrous voice gave special warmth to the role of Mother.

Gritty take not followed through

Annabel Arden’s production and Charles Edwards’s sets aimed at a more gritty, presentation than has become the norm. Though an interesting idea, it was not really carried through sufficiently to prevent one from missing the charm of a more conventional interpretation. The ultra-dry acoustics of the Theatre Royal also robbed Ravel’s orchestration of seductive shimmer, and conductor Martin André could have done more to blend the timbres. 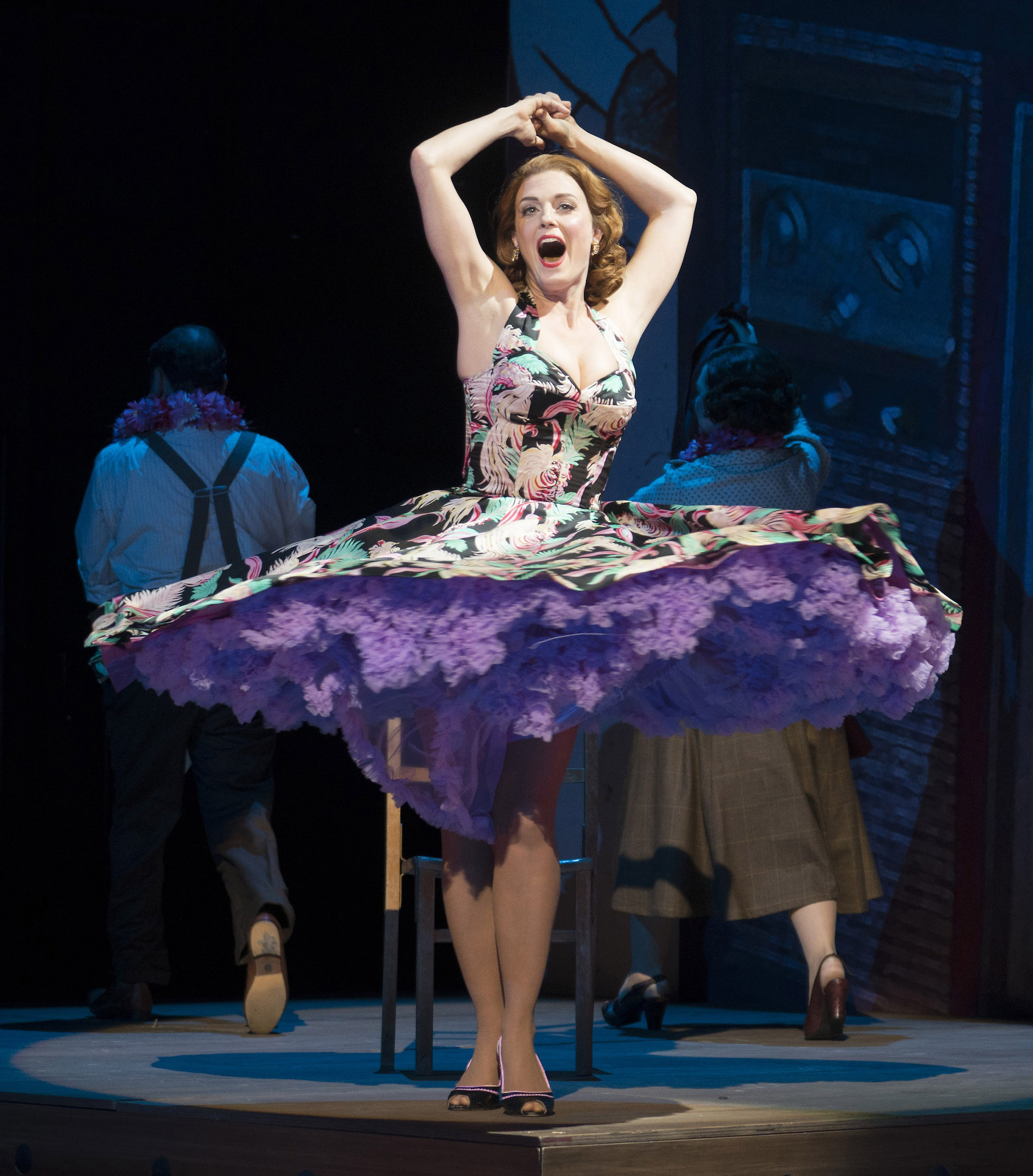 If Giunta’s role in L’enfant was about transformation, the character of Dinah in Bernstein’s Trouble in Tahiti (seen Nov. 3) is trapped in an unchanging situation. Yet singing Dinah requires considerable emotional range. Giunta again encompassed this without compromising the musical line – whether expressing boredom and irritability in dialogue with her husband, Sam, confessing her deep sadness in the aria ‘There is a garden’, or camping up the comic showstopper when re-enacting the movie she has just seen. 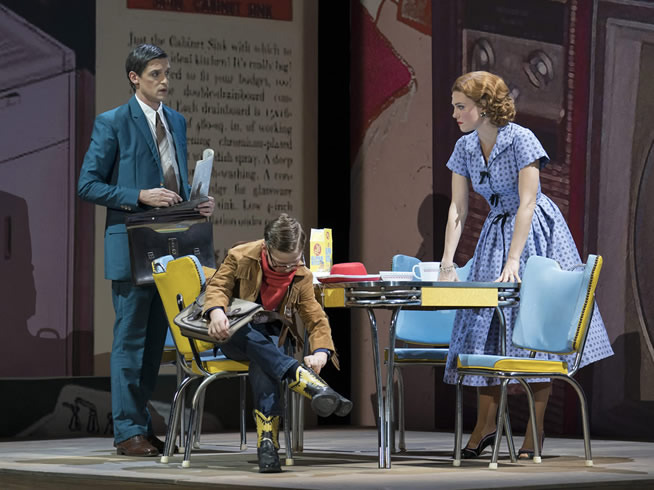 Her voice was well-matched against the steady, strong baritone of Quirijin de Lang as Sam, though he was unable to hint at anything except inflexibility in the character. As such the opera became very much Dinah’s tragedy rather than that of the couple. Fflur Wyn, Joseph Shovelton and Nicholas Butterfield were suitably mellifluous as the crooning trio that comments on the action. Conductor Tobias Ringborn was clearly not in his element conducting a jazz-tinged score, and sometimes failed to prevent the rhythm section from drowning out the stage voices. Matthew Eberhardt’s production was stylish, apt and unobtrusive.

Completing the double bills were Janáček’s Osud (Nov. 2) and Gilbert and Sullivan’s Trial by Jury (Nov. 3). Annabel Arden’s production tended to obfuscate rather than elucidate Osud, but boasted John Graham-Hall’s memorably intense portrayal of Źivný, and the revered veteran Rosalind Plowright’s appearance as the mother; in this opera the claustrophobic acoustics were almost an advantage. The G&S was staged with wit and gusto, and conducted with genuine panache by Oliver Rundell.