In composer Jake Heggie’s operatic treatment of Moby-Dick, there are significant obstacles when taking on the role of Captain Ahab. The entire part has to be sung on one leg, the other resting uncomfortably on a peg replacing the limb that the irascible captain lost to the titular whale of the title.

For any singer taking on Ahab, there are also psychological barriers—Heggie wrote the part specifically for legendary tenor Ben Heppner who subsequently became synonymous with the role after the opera’s 2010 premiere. Those are big shoes—or, at least, one big shoe—to fill. 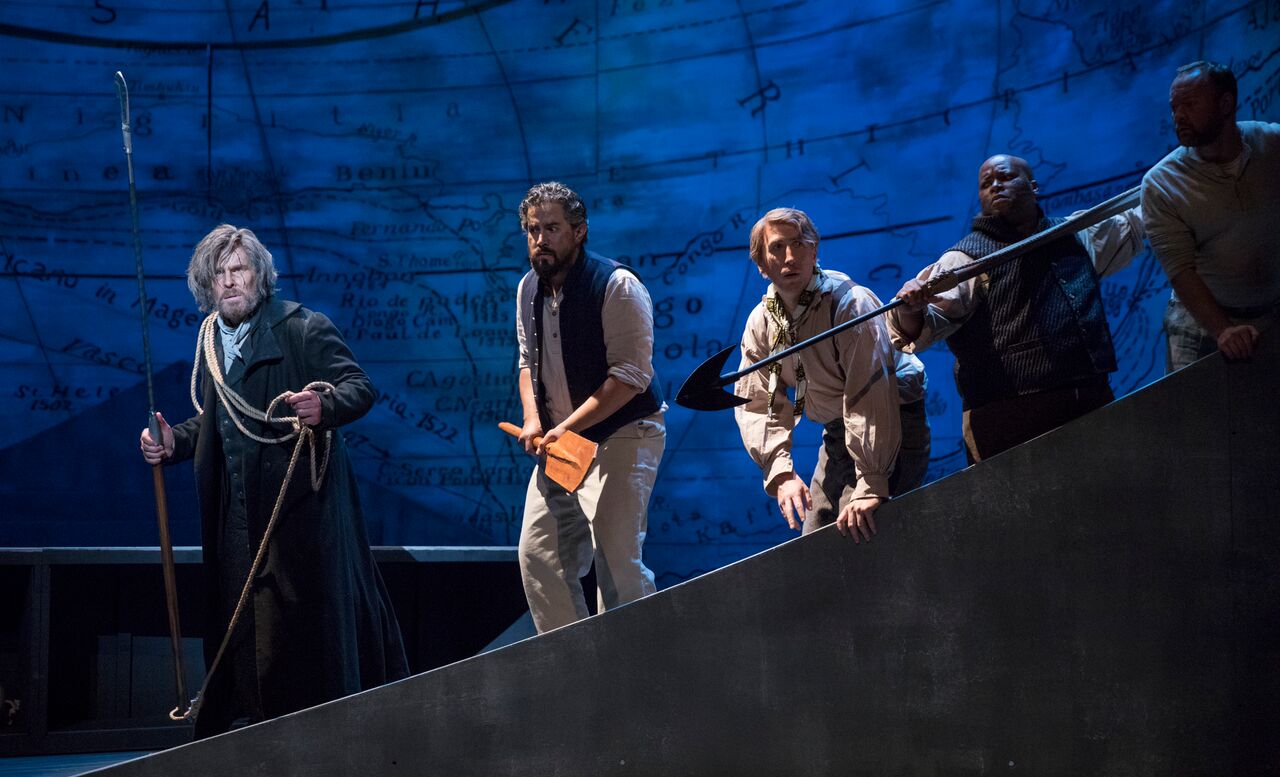 In this new production which opened at Utah Opera on Jan. 20th, Canadian tenor Roger Honeywell fulfilled expectations, given the high stakes. His Ahab was unrelenting, offering up heroic tone without sacrificing his portrayal of the character. His Ahab was rarely likable, but did not lack poignancy. Honeywell is clearly a performer who puts his singing at the service of creating a compelling onstage persona.

In Herman Melville’s 1851 novel, Ahab is larger-than-life and Heggie, working with librettist Gene Scheer, maintained that spirit for his opera. Their captain, whose lust for revenge against the famous fish drives his crew to their demise, starts as a brute and stays one until the second act where he dips, just briefly, into a moment of humanity and regret—before returning to his awful self.

The musical themes are immodestly brash and words such as Ahab proclaiming himself as “madness maddened” and pledging to hunt down the whale and “dismember my dismemberer,” must have a strong delivery. 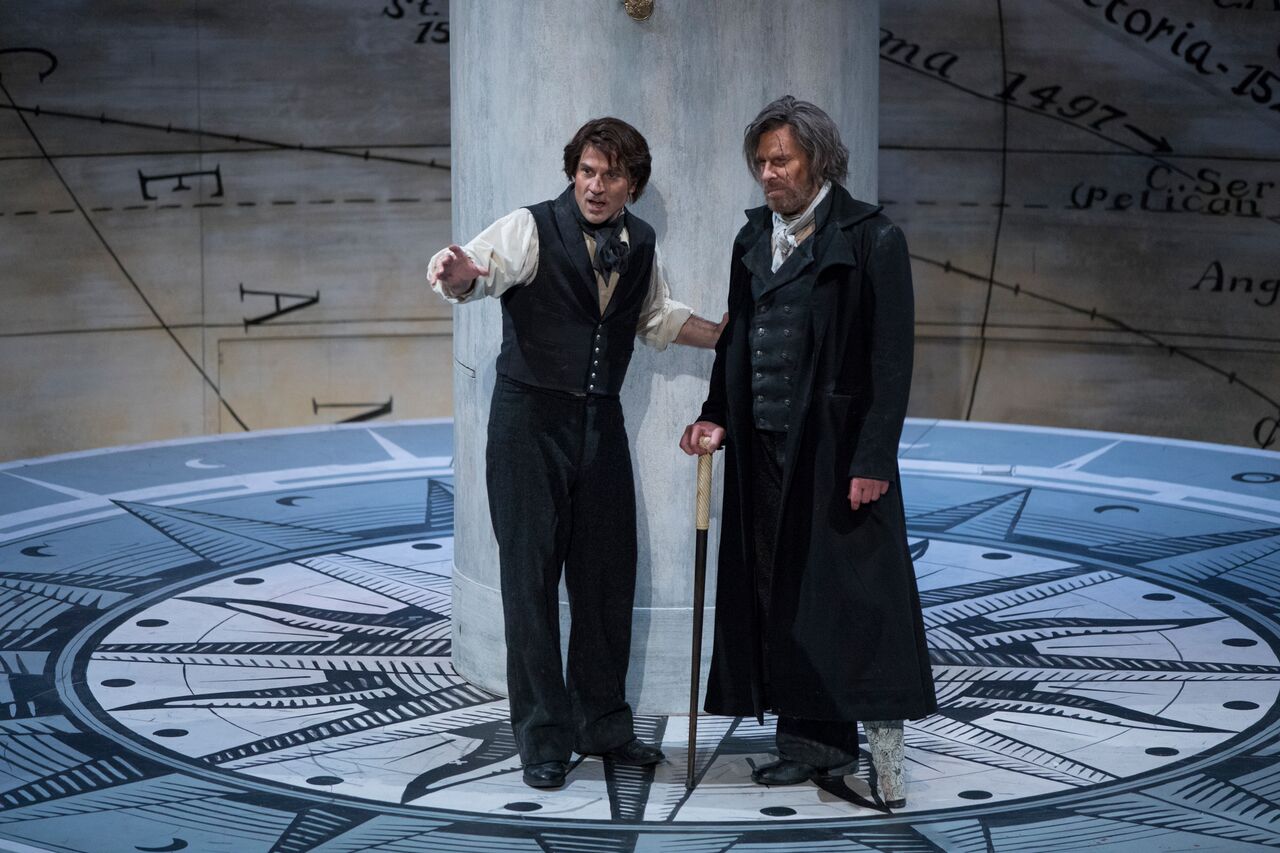 So, stage director Kristine McIntyre gave Honeywell a wide berth, leaving the more shaded and transformational character work to supporting cast members such as baritone David Adam Moore, as first mate Starbuck, and tenor Joshua Dennis, as young Greenhorn who offered more nuanced portrayals. There was also genuine tenderness in the interactions between seasoned sailor Queequeg (sung gallantly by bass-baritone Musa Ngqungwana) and the young boy on board named Pip (soprano Jasmine Habersham, the only female in the large cast).

A production of Moby-Dick built for the road

This is only the second production of Moby-Dick. The first was a smash, praised for complicated, high-tech sets, which started its run in Dallas and continued on the road for six years with stops in some of the largest opera houses in the U.S. and Canada.

However, this new version is meant for more modest venues. Designer Erhard Rom created a set that is flexible and portable and relies heavily on a single piece of physical equipment, pared down to the basic geometric shapes of a ship’s prowl and mast that spins around on an axis to offer different perspectives of the vessel. After Salt Lake City, the whole thing heads off—in just two shipping containers if things go as planned—to the homes of its co-producers: Pittsburgh Opera, Opera San José, Chicago Opera Theater, and Barcelona’s Gran Teatre del Liceu. 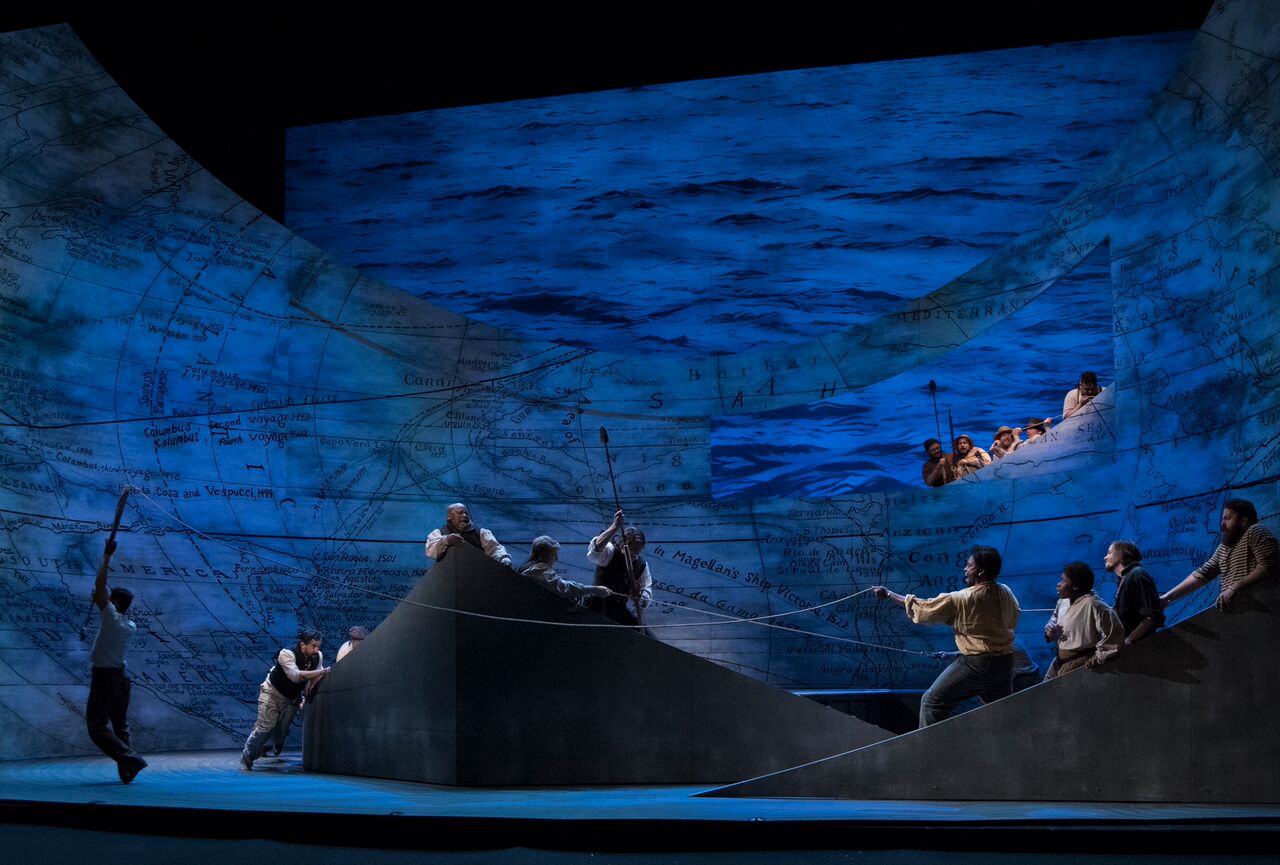 That’s not to say this is a small Moby-Dick, but it gets its heft from human elements more than the scenery or special effects of some (expected) projections of nautical maps and crashing waves that appear in the background.

This production will keep the opera alive by enabling more companies to stage it. The greatest challenge for new pieces is achieving momentum, finding the funding and facilities to exist beyond the first splash of a premiere. For Moby-Dick, sailing out of the great Salt Lake, the oars are dipped energetically in the water. 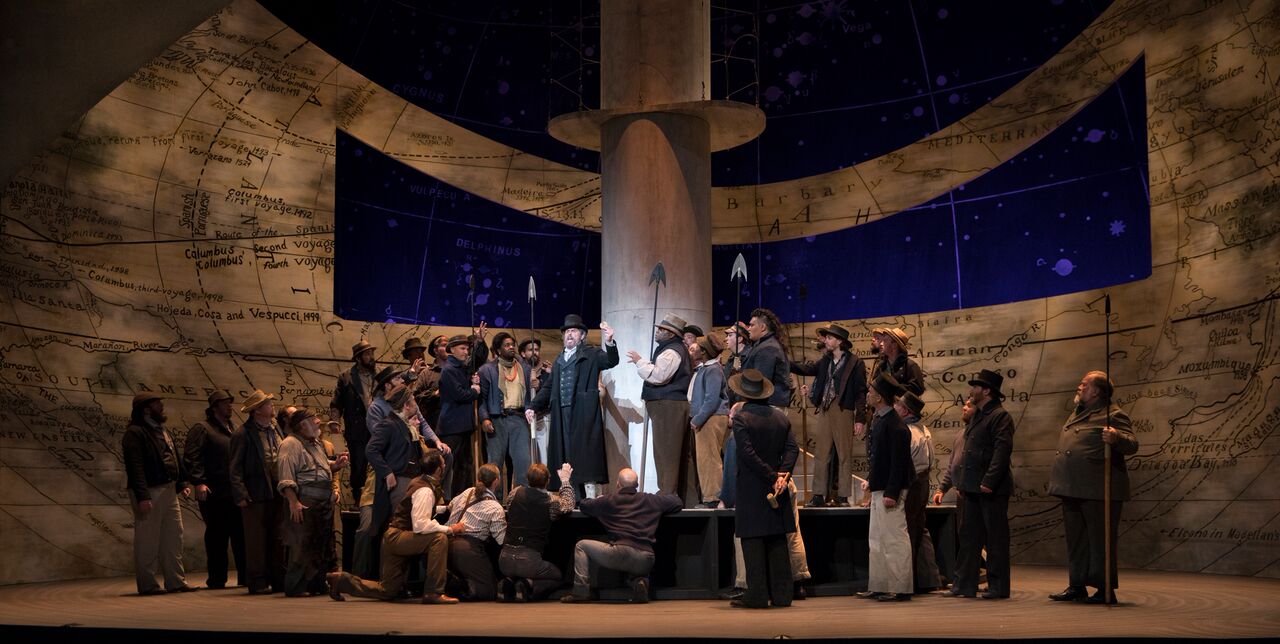