Director Tim Albery has a track record of staging shows built around song. One thinks of Last Days staged at Toronto’s Hart House in 2014 or, more recently, Hell’s Fury with Russell Braun as Hans Eisler. His latest in the genre is Garden of Vanished Pleasures which features songs by Cecilia Livingston and Donna McKevitt and is a sort of meditation on the garden that English filmmaker Derek Jarman created in his last years at his cottage overlooking Dungeness nuclear power station.

What’s different in these Covid times is that Garden of Vanished Pleasures is presented as a film. So we have a film about a filmmaker who, as it happens, also made a film inspired by his garden called, aptly enough, The Garden and so it’s hard to avoid comparisons. The big picture is that while Albery’s film does make some fairly subtle allusions to Jarman’s, they are utterly different in tone and in cinematography. 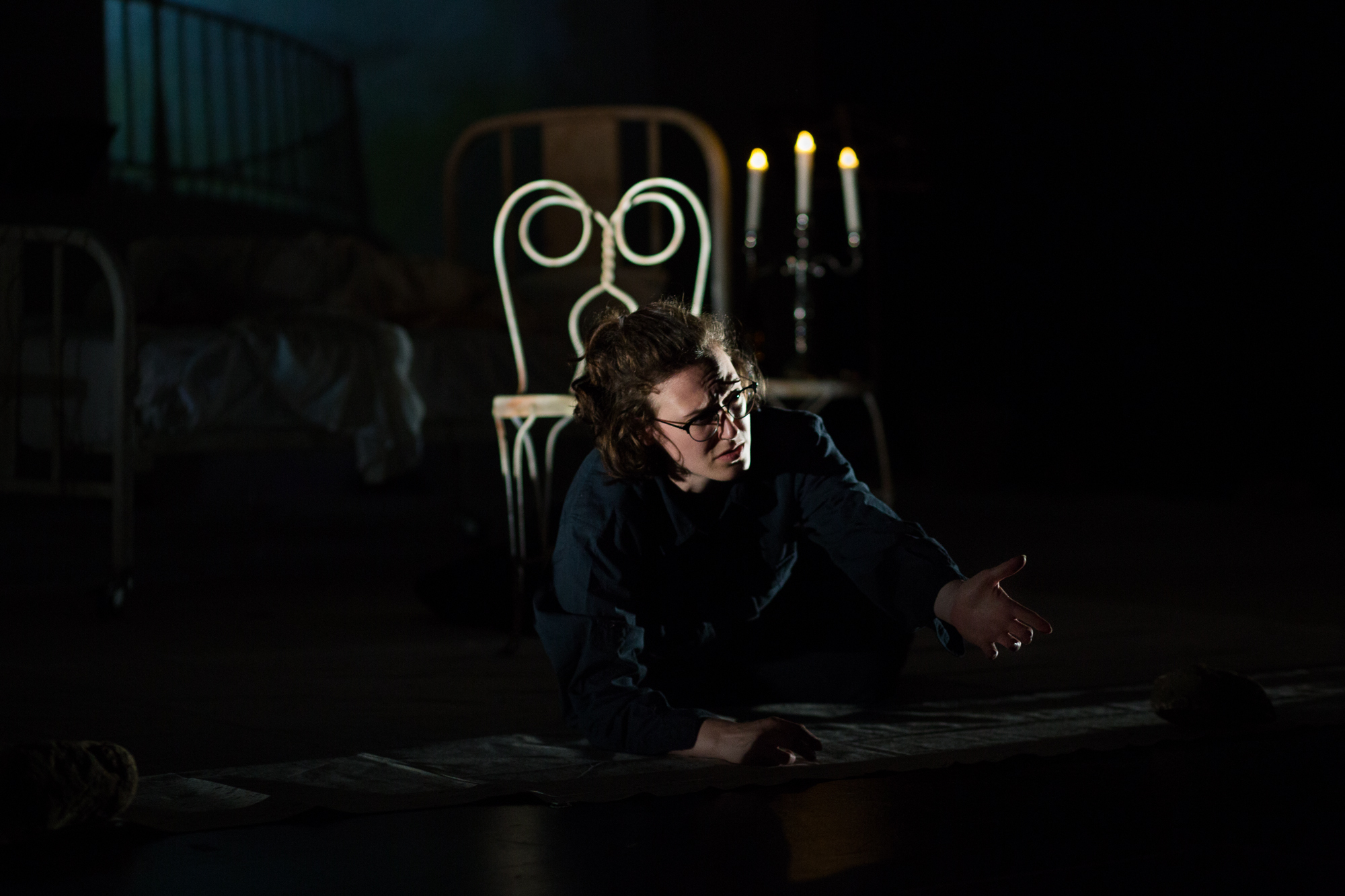 Garden of Vanished Pleasures is mostly elegiac. The songs, variously arranged for countertenor, mezzo, two sopranos, piano, viola and cello are haunting and essentially tonal with a few bluesy touches with significant dissonance appearing, I think only once. And I’ll come back to that. Livingston sets texts by Walter Delamare, Janey Lew, herself and others while McKevitt sets texts by Jarman himself. The opening sequence is staged around a hospital bed with heavy use of projections. It’s dark and almost monochrome. In what appears to be a reference to Jarman’s film, countertenor Daniel Cabena appears as a sort of gender fluid Christ figure, clearly also intended to represent Jarman. The video uses all sorts of effects: superpositions, multiple angles, fades and so on, very much in contrast to Jarman’s ‘in your face’ cinematography. It’s all rather beautiful musically and visually, and not at all like a Jarman film. 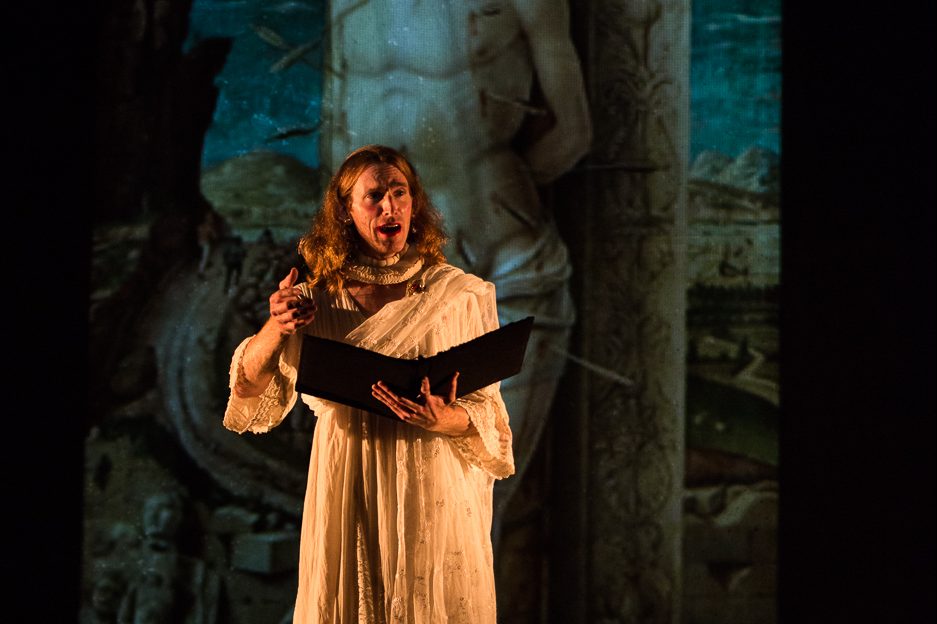 This goes on for about fifty minutes when the mood changes abruptly. Three songs by Jarman/McKevitt succeed each other. A song about Saint Sebastian, sung in Latin by Cabena, is performed over images of the arrow riddled body of the saint leading into a setting of Jarman’s texts I Am A Mannish Muff Diving Size Queen and Adam & Eve & Punch-Me-Not. Suddenly it’s dissonant, brightly lit, colourful and uncomfortably “in your face”. One is briefly transported to the world of The Garden or even The Last of England.

After a few minutes of this though, we are back with McKevitt’s setting of Jarman’s much more meditative No Dragons with plaintive strings and film of shingle beach. And so to the final number, I Walk in this Garden, again set by McKevitt, which deals with Jarman’s despair and anger at the loss of friends to AIDS. Its repeated “Cold, cold, cold, We/I die so silently,” is sung beautifully by Mireille Asselin over elegiac strings against, finally, a visual backdrop of Jarman’s cottage and garden with the power station looming in the background taken directly from The Garden.

So, it’s an absorbing eighty minutes which I think will work for Jarman fans and others alike. It’s cleverly constructed to allude to Jarman’s work without being derivative. The music is very fine and it’s beautifully sung and played by Mireille Asselin, Lindsay McIntyre, Rebecca Cuddy and Daniel Cabena with Brenna Hardy-Kavanagh on viola, Amahl Arulanadam on cello and Rachael Kerr directing from the piano. Cameron Davis designed the projections and edited the film. It’s another fine example of how a really good stage show can be created from art song but this time with an interesting “age of Covid” video twist.

Garden of Vanished Pleasures is presented by Soundstreams in collaboration with Crow’s Theatre. It’s a ticketed video ($20) and will be available until October 10th.