Tapestry Opera’s R.U.R. A Torrent of Light is “musically brilliant”

Nicole Lizée and Nicolas Billon’s new work R.U.R. A Torrent of Light was, overcoming many COVID inflicted delays, finally presented by Tapestry Opera in collaboration with OCAD University in the Great Hall at OCAD. The story concerns a couple; Dom and Helena, who own a robotics/AI company. The main thrust of the piece is how far robots can be allowed “free will”. We first see this when the humanoid robot [Alex] refuses to get Dom a cup of coffee. Dom asks how he has circumvented his compliance module. [Alex] replies that he hasn’t. He’s just changed the response parameter from 3 milliseconds to 9 billion years. Dom, concerned by the social and financial implications of robot free will wipes [Alex]’s memory. Helena then discovers Dom’s dirty secret. He has a younger, prettier (and inevitably less intelligent) robot [Helena]. Disgusted, Helena upgrades all the robots to the new “free will” OS and leaves Dom for good.

Musically, it’s a very interesting piece that’s a long way from conventional ideas of “opera”. It’s scored for two cellos, two basses, a lot of percussion and electronics. All the singers are miked and the overall effect is of a “wall of sound”. There’s a lot of repetition in both words and music which in some ways evokes an older style of minimalism; maybe John Adams or Steve Reich, but it’s mixed with elements drawn from non-classical dance and club music. In some ways it’s a bit like Missy Mazzoli but really it’s a wholly individual voice and very compelling. It’s also very loud, especially in the rather restricted space of the OCAD Great (something of a misnomer) Hall. In fact I found myself experiencing the music in quite a different way to a conventional opera. If I’m listening to, say, a Mozart opera in an opera house I’m dissecting the music. My ears and brain are engaged. With Lizée’s score it’s a more visceral experience; physically and emotionally.

A scene from Tapestry Opera’s R.U.R. A Torrent of Light. Photo: Elana Emer

The production directed by Michael Mori is straightforward but visually very engaging. The robots get a distinctive movement style choreographed by Jaime Martino while projections of computer code and equations flash up on the back wall of the set. The robots wear sound and motion sensitive lights that come on and off and change colour in response to the environment. (This is the result of the collaboration with OCAD’s Social Body Lab).

The success of the piece is reinforced by strong performances across the board. Krisztina Szabó’s Helena is strongly sung and brilliantly acted and Keith Klassen, standing in for COVID struck Peter Barrett, did a fine job singing off his tablet which was strangely apt. Scott Belluz as [Alex] and Danielle Buonaiuto as [Helena] created a coherent “robot” singing and acting style that was highly effective and well backed up by the various singing and dancing robot cast members. Conductor Gregory Oh had to deal with having the ensemble split both sides of the stage but managed to hold the whole thing together most admirably.

Like all good drama, R.U.R. A Torrent of Light raises many more questions than it answers. In particular it poses the question of how far “we” have the right to deny full self actualization to those we consider “other”?  And also, when we do so, what does it do to us? It doesn’t have to be about AI and robots as we can see in many examples around us, not least the violent and socially corrosive legacy of race slavery in the US. R.U.R. A Torrent of Light  is a musically brilliant and thought provoking theatre piece that has been long in gestation and most certainly deserves to live much longer in the repertory. 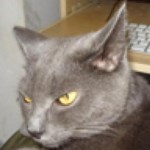