Against the Grain Theatre to film uber-Canadian Messiah

On Dec. 13th, the multi-award-winning team at Against the Grain Theatre (AtG) will present a bold interpretation of Handel’s Messiah in partnership with the Toronto Symphony Orchestra (TSO) and Banff Centre for Arts and Creativity.

The 70-minute filmed performance of Messiah/Complex features a diverse cast of performers from every Province and Territory singing a multilingual choral translation. They will be accompanied by the TSO and conducted by the Canadian Opera Company’s Johannes Debus. 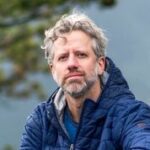 “How can we sing, act, write, speak, create art with one another in ways that allow for full, uncompromising voices to be heard? By having the courage and vulnerability to trust that what we feel and hear will help us grow to be a better community and ultimately a better country,” Arluk said in a press release.

“Creating a safe space for leading Indigenous voices to be heard is the reason I do this work,” Arluk said. 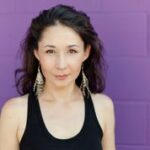 Messiah has been holiday tradition for AtG–they last staged versions in Toronto in 2013 and 2015. More information regarding this year’s new take and film premiere can be found here.