Carlo Rizzi discusses Puccini, love, and the limits of tradition

Maestro Carlo Rizzi is still adjusting to a six-hour time difference. The celebrated Italian conductor is currently in Toronto preparing to open Turandot, which marks the start of the 69th season of the Canadian Opera Company. His last appearance in the city was for the COC’s La bohème in 2013, with one review noting that “Rizzi manages to catch us up in the sweep of Puccini’s melodic lines without neglecting the precision of the score’s inner details.” His experience with the composer is, one might say, an ever-evolving voyage of discovery.

“I’ve conducted La bohème from memory, Turandot from memory, Tosca from memory—but that doesn’t mean every time is the same,” he says. “With the orchestration in Turandot, [Puccini] was doing some experimentation with the percussion, with different instruments and different couplings of instruments—so although I know the opera of course, every time there is something new. Just this morning I was studying the score.” 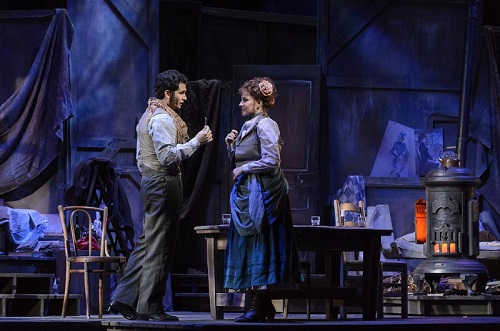 Rizzi is a regular at renowned houses like Teatro alla Scala in Milan, Opéra national de Paris, Teatro Real in Madrid, and Metropolitan Opera in New York, where he’s led over 200 performances in a celebrated career that spans over three decades. He has twice served as Music Director of the Welsh National Opera (1992 to 2001, and 2004 to 2008), and makes regular returns as the WNO’s Conductor Laureate, leading many works by Italian composers. Later this season he’ll take the podium for two new Verdi productions: Rigoletto at Den Norske Opera in Oslo, and Les vêpres siciliennes with WNO, which marks the last of director David Pountney’s Verdi trilogy with the company. Rizzi also leads Verdi’s Simon Boccanegra at the Met next April as well as a new production of Montemezzi’s L’amore dei tre re at La Scala next summer, featuring Ferruccio Furlanetto, and helmed by celebrated theatre group La Fura dels Baus.

“Tradition can be a wonderful thing, but tradition should not be a limiting thing”

Hailed as “one of the finest exponents” of Italian opera, Maestro Rizzi’s gift for the work of composers from his home country doesn’t imply a strict adherence to any perceived old-world formula or historically-informed creative approach. “Oh, the famously dreaded word, ‘tradition’,” he says, a smile creeping into his voice, “This sense of, ‘Oh, we have always done it this way’ or ‘Oh, we have always heard it that way.’ Of course tradition can be a wonderful thing, but tradition should not be a limiting thing. You know, very often for certain roles, people still recall figures like Maria Callas, and yes, she was a great singer, in her own age. There are other singers who are great, in a different way, in their own age, and also—and this should not be forgotten—according to the kind of style of education of culture that is going on in their period. The culture of today is completely different from the culture of the 1950s or even five years ago, so it cannot always be the same. By all means, let’s listen, let’s learn from people and from the past but it should not be the Ten Commandments written in stone—otherwise, goodbye art!” 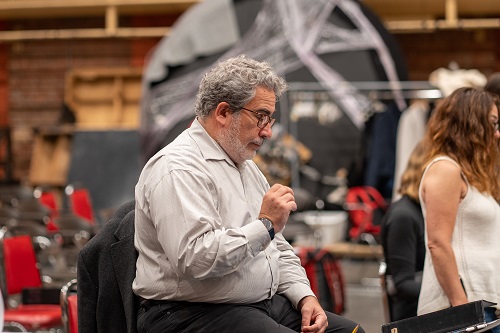 In examining Turandot, Rizzi notes the scoring as it relates to the drama, and advises against focusing solely on its famous tenor aria. “When the Third Act opens and you know “Nessun dorma” is coming, it’s easy to concentrate on just that, but leading up to it there are three minutes of music; listen to the way Puccini prepares it. This music is not just there to let the time pass,” he explains. “This music is what Calaf is hearing. It speaks about him alone, in the night, facing this huge gamble he made with his life. This music speaks of the ‘cruel’ Turandot, and how ‘this night, nobody is to sleep.’ At the same time the music is so suave, so caressing, like a breeze—yet also at the same time also we’re speaking of death. It’s fantastic! Thus “Nessun dorma” does not become this big goal but the logical summarization of a state of mind and feelings.”

Those feelings, for the Milan native, extend largely to Liù, the slave girl who ultimately sacrifices her life for Calaf. “The opera for me should not be called Turandot, it should be called Liù,” he says plainly. “Liù is a character that is in the heart of all of us. Puccini died before writing the final piece of the opera, but he finished writing the death of Liù—he didn’t write the love duet [between Calaf and Turandot], I think personally because it was impossible. How can you write a duet of two people falling in love fifteen minutes after the death of Liù? How can you forget that? How can you go on? I think the opera is more about Liù than about Turandot.”

In the course of his research Rizzi notes that Puccini wrote the score entirely in pencil, with one notable exception. “When Turandot asks Liù, ‘Who put such strength in your heart?’ she answers, ‘My Princess, it’s love.’ Puccini wrote that one word—‘love’—in ink. Fantastic.”