Ottawa’s Chamberfest, back after cancelling its 2020 edition, has been offering Ottawa audiences their first consistent dose of live, in-person concerts since Covid. Although leaner than in past seasons, this year’s Chamberfest—with new artistic director Carissa Klopoushak and even newer executive director Mhiran Faraday in charge—has also been more agile, more diverse, more inclusive and more adventurous than ever.

On Sunday, Aug. 1st, Chamberfest presented tenor Isaiah Bell, soprano Jonelle Sills and pianist Carson Becke in a medley program of arias, duets, and art songs before a limited audience at the Carleton Dominion Chalmers Centre, the festival’s home base. Sills made an enormously favourable first impression last fall when she made her NAC Orchestra debut here in a livestreamed concert, singing Samuel Barber’s “Knoxville: Summer of 1915” and “Portrait of a Queen” by Carlos Simon. Bell, meanwhile, has been well known in Ottawa for at least a decade: he won the Ottawa Choral Society’s New Discoveries prize in 2012 and sang Almaviva in Opera Lyra’s 2015 Barber of Seville, just before the company shut down.

I believe some indulgence should be shown to singers who haven’t performed in front of a live audience—or hardly at all—in over a year. Sills, however, needed no slack whatsoever; from the first rapturous duet, Schumann’s “In der Nacht”, she came out in Olympian form, with an especially thrilling, free, spinny top range. She sounded even more glorious live than she had in the livestream—there’s an electric, dimensional energy to her voice and performance that is impossible to glean through a laptop screen.

Although by far the more experienced performer, Bell both looked and sounded more tense and less comfortable than his young partner. He often held his arms in awkward, tense positions, at one point wrapping them around his torso like he was trying to squeeze his chest inwards (or like he had a tummy ache). Bell’s middle and lower registers were beautifully produced, dark, velvety and richly resonant. But his high notes sounded tight and thin—he’s too quick to shift into falsetto as an effect—and he struggled with pitch all evening.

Bell excels in 20th-century British repertoire, and Britten’s “The Ploughboy” let him show off his rakish storytelling gifts. Sills followed with a glorious performance of “Ain’t it a Pretty Night” from Carlisle Floyd’s Susannah, brimming with longing for a bigger life. Bell next sang an odd, morose arrangement of the standard, “Nature Boy”, that segued awkwardly into “Un’ aura amorosa” fromMozart’s Così fan tutte, Bell’s phrasing was tasteful and he conveyed the aria’s poignancy well, but his tone was uneven and the long, legato lines quite rough around the edges. Sills followed with some lovely, pitch-perfect a cappella singing in the traditional “O Waly, Waly”, joined by Bell in some unusual harmonizations for the last verses

One of the program’s surprise highlights wasn’t a vocal piece at all, but rather Ottawa pianist Carson Becke’s spectacular playing in Percy Grainger’s boozy, virtuoso paraphrase on the final duet from Strauss’s Der Rosenkavalier. Becke is a delightfully unassuming, multi-talented solo, chamber and collaborative pianist, composer, arranger, concert producer and environmentalist. He was a keenly sensitive and self-effacing partner to the two singers and I’m so glad he had the opportunity to really show off his solo showmanship and considerable technical chops.

In another unexpected segue, the Strauss transcription slipped and slid, like a Dali dream, into “Parigi, o cara” from La traviata. Verdi isn’t really in either of these singers’ wheelhouses, although I’d add qualifying “yet” for Sills. It’s also a hard duet to pull off when the two lovers have to stand at a public-health approved distance from each other. Chastest love scene ever.

Bell is a composer in his own right and he and Sills performed his short, echoing “This World”. I was intrigued and would have liked to hear more of Bell’s original music, but instead he returned to full crooner mode for “This is Heaven to Me”, a standard associated with Billie Holiday. Somehow in this very full but compact program, the trio of musicians found time to squeeze in the world premiere of a new work by Ottawa native James Rolfe, “Halcyon Days”, a concise, moody, atmospheric setting of the Walt Whitman poem of the same title.

Sills performed three excerpts from André Previn’s “Honey and Rue” interspersed throughout the recital, which ran about 80 minutes with no intermission. Her majestic, beaming “Take My Mother Home” closed the evening with the kind of spiritual, lump-in-the-throat emotion you can only get from live singing.

As an encore, the pair performed a charmingly rhymed ditty written by Bell to cheer his husband up from the pandemic confinement blues.

Tickets and more information for Chamberfest can be found here. 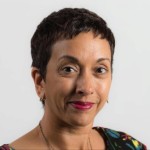