Hollywood film director James Gray, winner of the Golden Lion for his film “Little Odessa” (1994) and nominated several times for the Palme d’Or in Cannes, claims that directing Mozart’s Le nozze di Figaro was one of the “artistic highlights of his career.” It also became the final highlight of the Théâtre des Champs Elysées’ 2019 season this fall (seen Nov. 29th).

For his first foray into the operatic genre, Gray’s staging of Mozart’s opera buffa never strays far from Lorenzo Da Ponte’s ingenious libretto: there is no transposition to modern times, no sub-text, no ‘Regietheater,’ no comment on present day political turmoil or alternative reading. His approach is based primarily on a rigorous reading of the text and a faithful historical reconstruction. Like in his film The Immigrant, where each visual detail of New York’s Lower East Side at the turn of the century lends authenticity and poignancy to the epic drama, here the crumbling stucco walls of a Baroque palace tell part of the story. Stage designer Santo Loquasto could not be better chosen to create this setting.

Many compare Loquasto’s balustrades, chandeliers, worn period furniture and ochre façades to Italian director Giorgio Strehler’s sets for his famous 1973 Figaro, which premiered at Versailles and then moved to Paris Opera’s Palais Garnier starring Gundula Janowitz, Gabriel Bacquier, Frederica von Stade, José van Dam and Mirella Freni. It was revived in 2010, also at the Palais Garnier, with a new cast. This landmark production was certainly a reference for Loquasto, but his aesthetic roots stem from American stage traditions and designers such as Robert Edmund Jones, and especially the great Ming Cho Lee, whom Loquasto encountered during his years at the Yale Drama School. 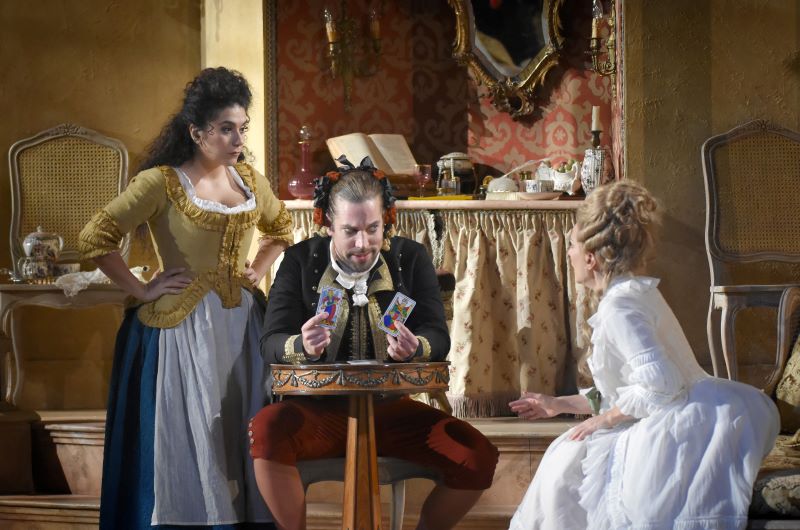 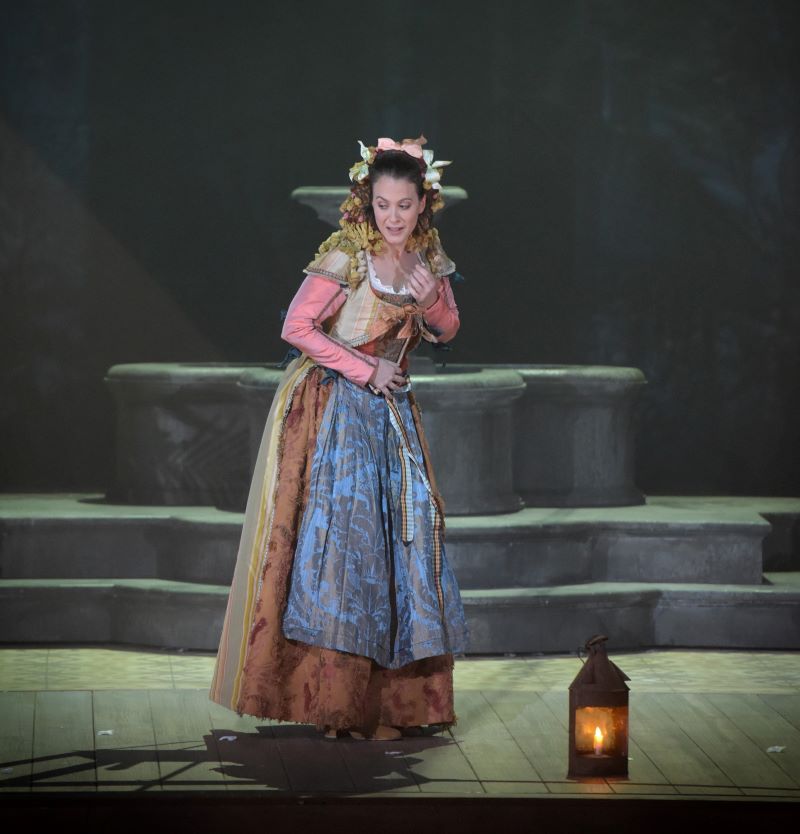 He finds an ideal partner in veteran French designer Christian Lacroix (who had done the masques for the Strehler production), celebrated in the 1980s as the ’Couturier of Colour’ for his rich materials including broidery and silks of ancestral inspiration. His costumes for each of the protagonists define their characters and idiosyncrasies: Figaro bursts out of his ill-fitting fineries, his long hair braided with flowers; Susanna is voluptuous in her colorful cotton bustier dress; already a young dandy, Cherubino’s velvet frock fits him like a glove; the Conte wears the well-cut garments of power and seduction, while the Contessa is aloof on her cloud of white organza. In Act II, they all take on the darker shades that experience and disillusion have imposed upon them.

Thus, the tandem Gray, Loquasto, Lacroix prepare the stage for a cast of exceptionally gifted singers. The exuberant entry of Canadian bass-baritone Robert Gleadow in the title role sets the atmospheric pressure very high for the rest of the evening; the ensuing duet with the spirited Susanna of Anna Aglatova and his “Se vuol ballare” get the ball rolling. Gleadow is what the French refer to as a stage animal or “bête de scène”, he gives everything he’s got with a voice that to my ear is now ideal for Figaro.

Gray uses his filmmaker’s eye to frame the intimate picture and reveal the close interaction between the players. The beautiful, shimmering-voiced Contessa (Vannina Santoni) passes her camera test brilliantly—an instant star. Unfortunately, Jérémie Rhorer kills her softly with his deadly slow tempi. Not even a Schwarzkopf or a Janowitz could make it to the end of “Dove sono” at such a dirge. His erratic tempi also pose a problem for the fresh-voiced Cherubino of Eléonore Pancrazi; in “Non sò piu” it sounds as if she’s singing while running a sprint. She fares better in “Voi che sapete,” and is adorably awkward and charming in the doing. Because they impose their own tempi, more experienced singers such as the imperturbable Aglatova give excellent performances. The young Russian soprano spins a sublime vocal line throughout and displays all the qualities of a first-class Susanna. 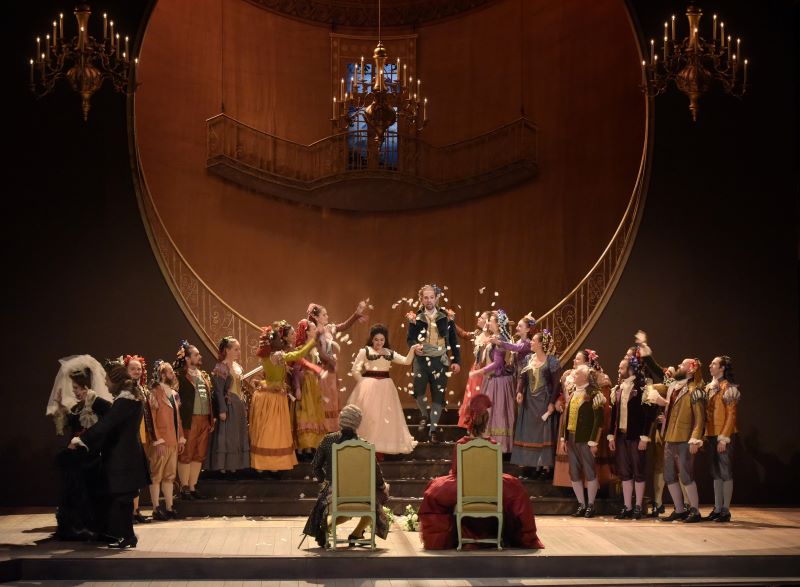 But it is baritone Stéphane Degout who is the star of the evening. It seems whatever role he takes on he makes his own, be it Pelléas, Golaud, Rodrigue, or Hamlet. As Almaviva he is an entitled, remorseless sexual predator; his hedonistic ”Hai già vinta la causa” is entirely convincing, whereas his plea for forgiveness at the end of the opera leaves us room for doubt.

The secondary roles profit from stellar casting: Carlo Lepore, Bartolo; Mathias Vidal, Basilio and Jennifer Larmore, Marcellina (it’s a shame to have cut her aria), not to mention the Barbarina of Florie Valiquette in her sad little “Lo perduta me meschina” aria, which left many impatient to hear her in more important roles.

Cercle de l’Harmonie play diligently on period instruments, the sound however is mostly dull, without relief, and not helped by Rhorer’s unclear conducting. Luckily, Paolo Zanzu at the pianoforte brings excitement and coherence to the recitatives.

The enthusiasm of the Parisian public was unanimous in welcoming this American vision of their revered classic, and rewarded the production team, cast, and orchestra with thunderous applause.