Dear composer…Rachel Krehm asks: To beam, or not to beam?

In a special instalment of our composer-singer advice series, we’re diving deep into notating music for singers. Drawing on her own experiences in commissioning and performing new music, Canadian soprano and Opera 5 General Director Rachel Krehm offers up a critique of rhythmic notation: “To beam, or not to beam?”

Rachel Krehm: Singers have a reputation for being terrible musicians. Some of this reputation lies in the fact that it is hard for singers to catch up in musical skills to string players and pianists, who begin studying at such a young age. Many of them are competent musicians by the age of six and music for them is like a mother tongue, whereas many singers don’t begin to study seriously until the end of high school or in an undergraduate music degree, leaving them to play catch-up with musical skills, struggling for fluency in a “secondary language.”

On top of this, a singer’s focus is typically split between words, acting, dancing, staging, not to mention dynamics and expression, which confront every serious musician when performing. While we work hard to overcome the deficit, the existing vocal notational conventions hang us out to dry and make it harder to comprehend what is written on the page. Quite frankly, it means we have to spend more time figuring out what is written and less time working towards a competent and expressive performance. If in creating new works, we could have a more open and direct conversation about clear, understandable, and efficient notation, I know we could do a better job showcasing these scores more accurately. 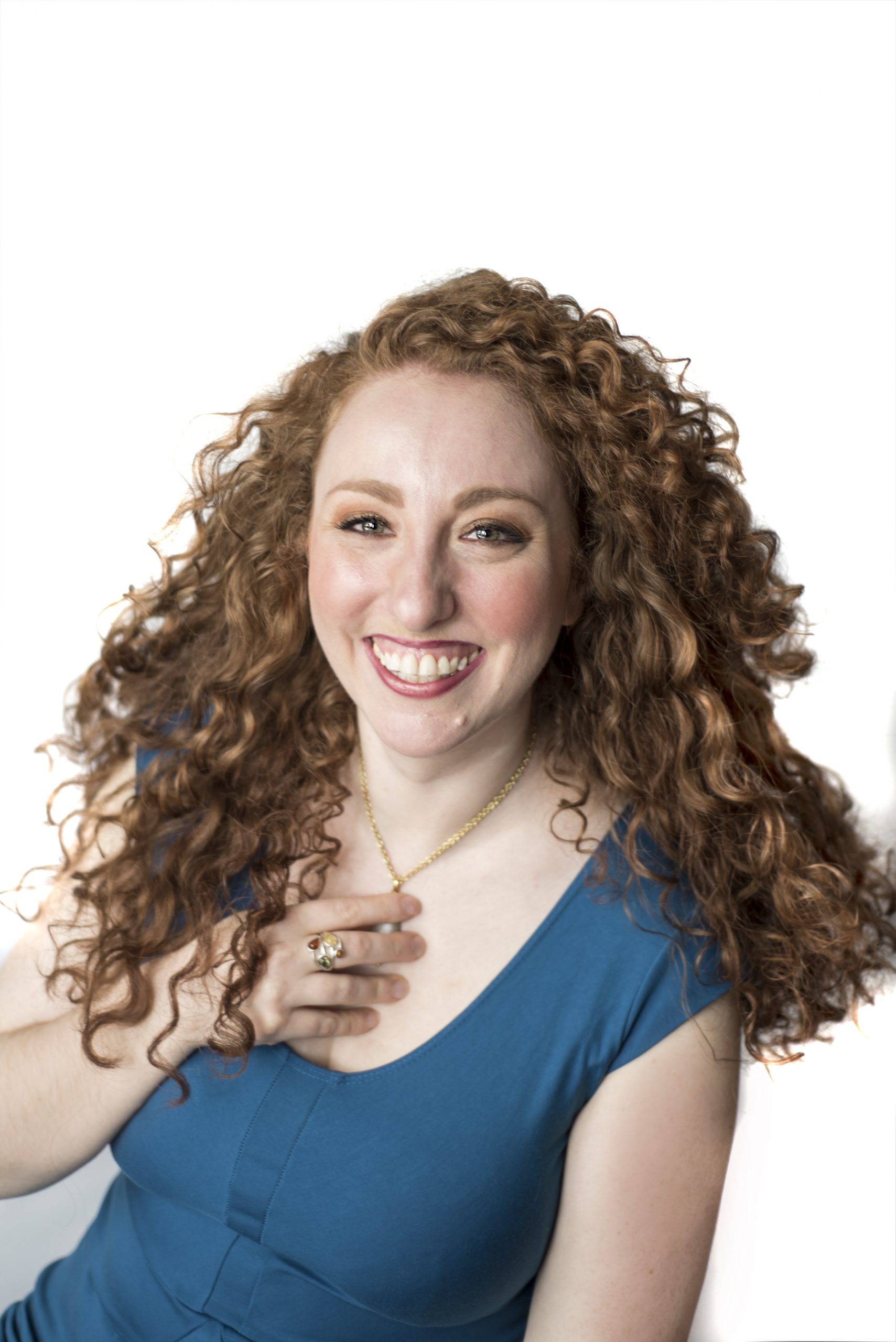 This is not a new problem. It has existed for hundreds of years. It can all be traced back to the convention that in more text-based passages, such as recitative, it is standard not to beam music. In most classical music, we see this:

Often in vocal music, we see this:

The above numbers are both one trillion. The figure on the left can easily be deciphered as one trillion because the commas create four groups of three zeros. The one on the right doesn’t have a sorting method and so our brains have to count each individual zero to understand what it means. Beaming notes in music is like using commas for numbers. It helps see where the beats lie and thus we are able to more quickly understand, as our minds don’t have to work as hard to mentally organize what is in front of us.

So why is so much vocal music not beamed? Is it just to give us a hard time? No. It isn’t some cruel joke. In theory, not beaming notes allows for more speechlike rhythms to emerge without adding stress on each beat. The focus should be on word stress rather than metric beat stress: It is supposed to prioritize the words. The one obvious downside of this convention is that the rhythm becomes obscured on the page and thus difficult to read.

I want to be clear that this problem is not the fault of modern composers. In Mozart’s time, recitative was even more standardized than today. It was always written in common time (i.e. 4/4) with unbeamed notes. While still not as clear as beamed notes, there are only ever four beats in a bar to sort through, and the bar lines provide boundaries for larger groups.

Despite this, when learning a Mozart score, I will admit that I cannot immediately read the rhythm. Part of my score preparation includes making slashes on the page to indicate each beat in order to ease my understanding of the rhythm. I fit the slashes, pronunciation cues and translations on the page. My scores really start to get messy as I write in all the notes: musical, technical, and other. Staging notes appear on post-its. If I didn’t have to write in the slashes, it would take away one element of confusion on the page and allow for quicker interpretation.

As the standard for recitative in 4/4 dissolved, sections of unbeamed notes became increasingly more difficult to read. More complex rhythms also begin to compound the reading problem. While Benjamin Britten is a standard of excellence in modern opera, it is often a struggle to immediately understand what he puts on the page in recitative-type sections of his scores:

Ironically, if the rhythm is impossible to read on first glance, it makes the goal of natural speech rhythm more difficult to attain. This is because a singer must either spend time translating the score into understandable musical cells or memorizing the score in order to avoid reading a string of unbeamed notes. For others, it unfortunately means that music making becomes approximate and insecure, and drags out the learning process unnecessarily, which isn’t good for the singer, nor for the composer.

With singers and composers as colleagues and collaborators, I would love to create new conventions through dialogue which make it easier to read music. This way singers can easily digest composers’ instructions, arriving more quickly and efficiently at a natural performance with a higher chance of accuracy.

These are some ideas that I have that I believe would help make music more readable: 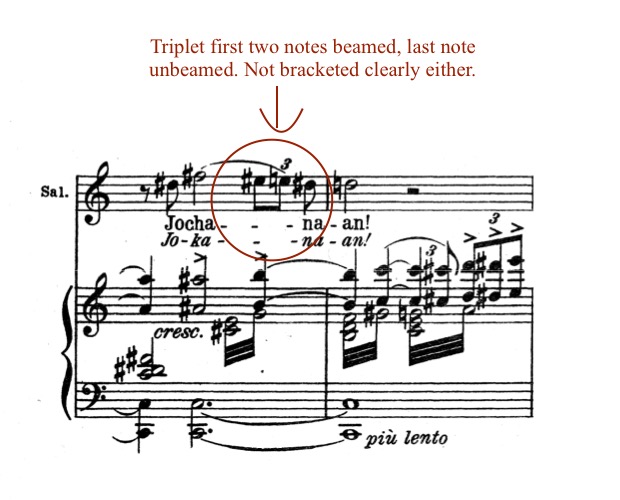 If you are writing a non-lyrical text-based music not beaming the beats can be acceptable, but with a few conditions: 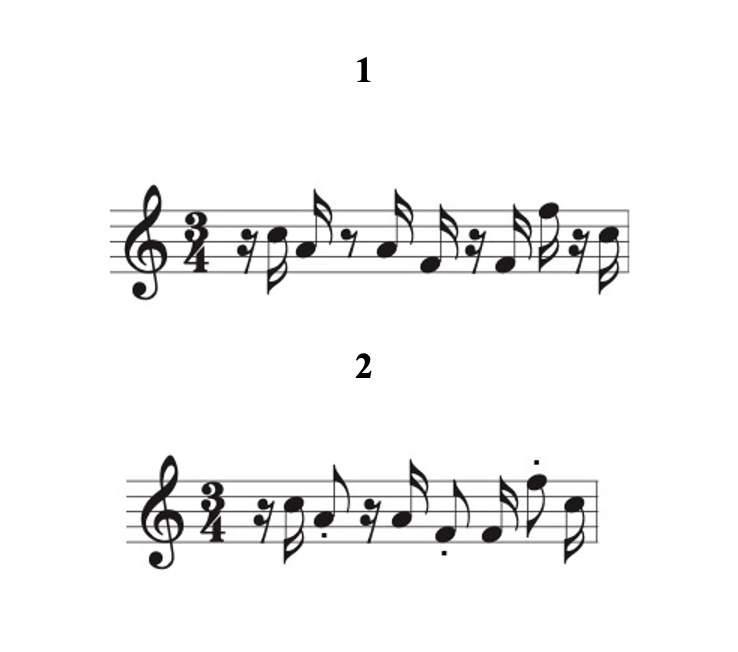 These 2 figures are essentially the same rhythm. Figure 1 is hard to read because it lacks anchors to find beats. The eighth note rest obscures the beginning of the second beat and rests are found at the beginning, middle and ends of beats. Figure 2 uses staccati to indicate short notes mid- beat, and allows rests to only appear at the beginning of beats. This results in the rests anchoring the beats and allows the brain to sort the rhythm much easier. 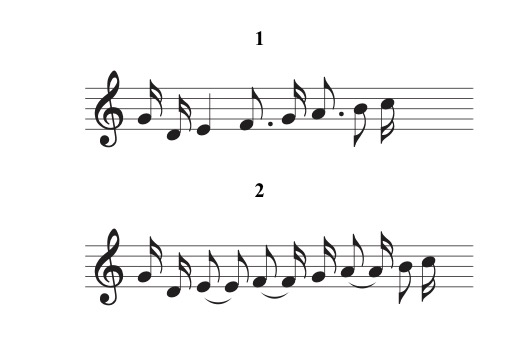 These 2 figures are also the same rhythm. Since there are no bar lines, the first figure is hard to read because the quarter note and dotted notes obscure the start of each beat. The second figure while still not without its own challenges, is easier to read because of the use of ties. 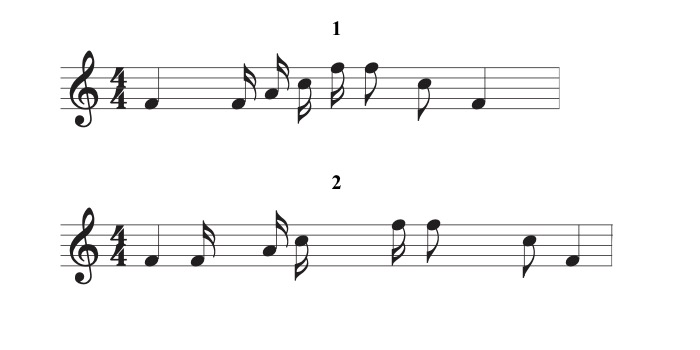 The two figures above demonstrate beat spacing. With the first figure, each beat takes up the same amount of physical space. The second figure shows erratic beat spacing and is at odds with how our mind is trying to sort beat distribution. The first figure is easier to process. Learning and performing music is a balance of processing the fine details against the overall picture. Specific notation can either help or hinder both processes of learning and interpretation.

The bottom line is that faster processing and interpreting leads to efficient rehearsing and ultimately, better performances. We all win when that happens. By understanding what is on the page, it is easier to execute the natural speech-like rhythm that recitative demands without confusion or second-guessing.

In the end, performers want to be challenged by the music, not the notation. Learning “hard” music is a wonderful challenge. Intricate melodies, dissonant harmonies, and complex rhythms can be fun, satisfying, and amazing musical experiences. Notation should be less of a barrier to learning. Let’s continue these conversations to create better performances of modern music, with more efficient and accurate interpreting. There are so many more topics with many competing opinions and factors to consider, such as tuplet slurs, small or large tuplets, and stemless note heads. Let’s commit to finding solutions together!