It’s the time of year for season announcements and the Pacific Opera Victoria 19/20 details have been released! 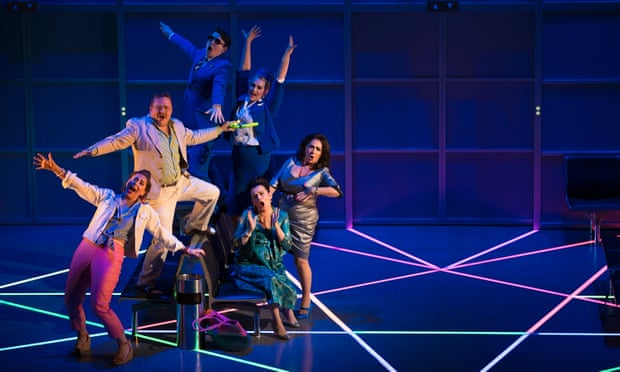 For the New Year, POV presents the Canadian premiere of Jonathan Dove’s Flight, the 1998 opera that is inspired by the true story of a refugee who lived in an airport for 18 years. The production features a scintillating score and an ensemble cast of travelers and airport workers, all stuck in a terminal for the night, all with their own stories. “We are keenly aware of the plight of refugees today,” says Timothy Vernon, “and recent events in our own airports make the story of the opera as relevant as when it was written two decades ago.” The dark comedy, directed by Morris Panych, hits the stage on Feb. 20, 2020. Bizet’s Carmen will close the 19/20 Victoria season in April. The return of the popular work will be directed by Serge Denoncourt featuring Canadian mezzo-soprano Carolyn Sproule in the title role and tenor Jean-Michel Richer as Don José.

All of Pacific Opera Victoria 19/20 mainstage productions are conducted by Timothy Vernon and presented at Victoria’s Royal Theatre. Flight of the Hummingbird by Michael Nicoll Yahgulanaas

Outside of the mainstage season, Pacific Opera Victoria’s Baumann Centre will be the venue for The Flight of the Hummingbird, a new opera for young audiences and families. Based on the best-selling book by Haida artist Michael Nicoll Yahgulanaas, The Flight of the Hummingbird explores themes of environmental activism, moral courage, and personal responsibility. Hummingbird has been co-commissioned by Pacific Opera and Vancouver Opera and will tour schools throughout British Columbia in Spring 2020. Public performances will be presented at the Baumann Centre in March 2020.