If anyone is getting productive during all this social distancing time, it’s bass-baritone Iain MacNeil:

Between mid-March and the present, how have you adjusted to this “new normal”?

“I think I’ve been adjusting well to this new normal. I’m enjoying being forced to look at my life without opera, and to reclaim some of the interests that I tend to neglect during a vocation in which one is always working towards the ‘next thing.’ At the moment there is no next thing as far as live performance is concerned, which is a frustratingly grim place to be for the world of opera, but I’m doing my best to see this unintentional hitting of the pause button as a gift.

“My family was on vacation together in mid-March when the world started closing its doors, at which point we cut our trip short and quarantined together in Brockville, Ontario for two weeks. That kind of time and proximity as a family is rare for us and was absolutely wonderful, and we all went through highs and lows as we slowly started to deal with what the coming months were going to look like.

“My siblings and I started to host an online open mic, which has been a fantastic way to commune musically with friends, family and strangers. We call it Sunday Open Mac, and it has grown into a steadily-attended weekly event. Thus far we’ve all played every week, sometimes playing covers, sometimes playing originals, taking requests for songs as they come. This has been a very special creative and social outlet for us and for a lot of people, and it both provides me with an urgency to learn new music every week and an opportunity to check in with friends and family on a much more regular basis than I would normally.

“The urge to create has manifested itself in a myriad of ways. I’ve added long-awaited upgrades to my motorcycle, and have racked up thousands of kilometres since March. Hopefully the slow lifting of restrictions will allow for a road trip to Newfoundland this summer. My reading listed has been bolstered, and I’m trying to make time to put pen to paper regularly, whether it’s songwriting, journaling, or memorizing opera roles.

“The gardens, the shed and the woodpile are all being remarkably well-maintained, and now that the campfire ban in Ontario has been lifted we’re having campfires several times a week. I’m also about to brew a batch of beer, because, naturally the beer must continue to flow with or without patio season this summer.

“I’m not someone who can sit still for very long, so I’ve been going on epic walks and hikes, and our family dog is fit as a fiddle. I’ve taught him to retrieve the baseball, so he’s become a proficient outfielder as my swing steadily improves. 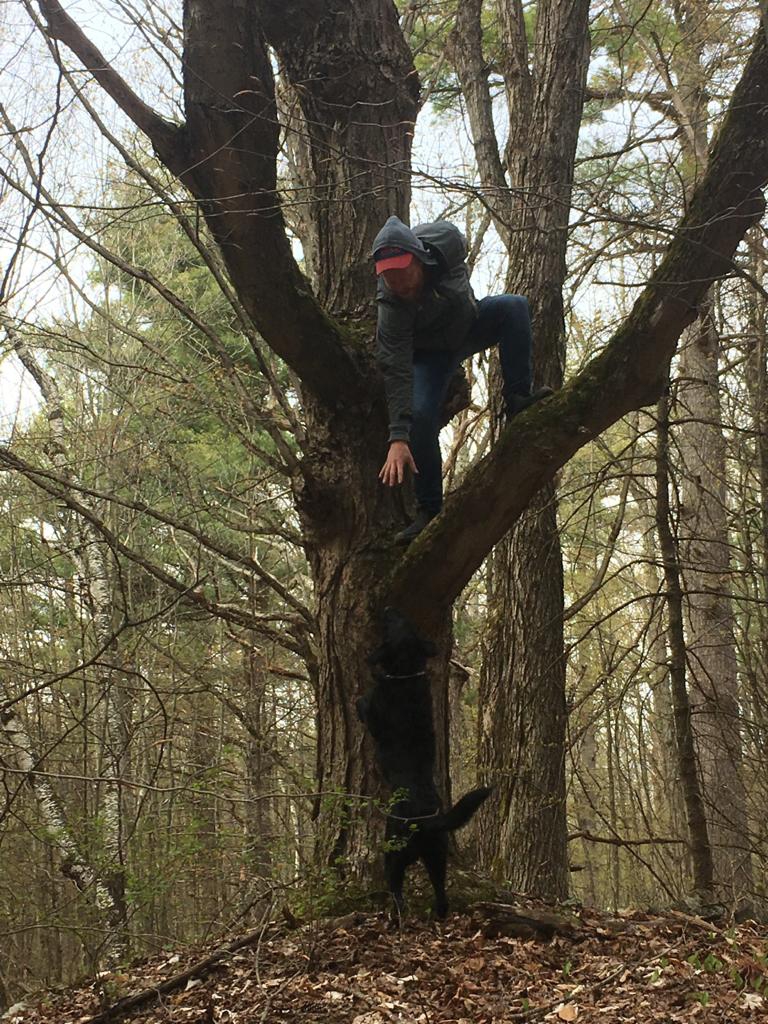 Iain MacNeil, up in a tree.

“As restaurants have closed their dining rooms and shifted their resources to takeout there’s been an increased demand for delivery drivers, which is a major part of how I’ve been staying busy since early April. Four to five days a week I commute to Ottawa or Kingston to deliver food to Canadians who are staying home. It’s been interesting watching the restaurant industry shift its gears as it struggles to deal with this immense challenge. Ultimately, a communal sense of support among delivery drivers and restaurant workers, as well as overwhelming gratitude from customers has been wonderful to witness. While I’m driving around I’m listening to so much music, be it La bohème or the entire Beatles discography.

“I’m planning to learn conversational Russian this summer, which seems like an entirely doable endeavour and a good use of this sabbatical from opera performance. There are lots of free online courses being offered from several universities.

“In short, I’m enjoying being domestic, being creative, being with my family and establishing a routine. I’m feeling very productive these days.”

Aside from your ability to work and perform, what do you miss most right now?

“I miss seeing my friends from around the world in person, I miss my apartment, guitar and motorcycle in Frankfurt, I miss hugs and handshakes, and I miss bars, restaurants and cafes. I also desperately miss live music and being able to see and hear performances in person as opposed to through an electronic medium. Seeing something through a screen is simply not the same to me, although right now it’s a much-needed substitute.” 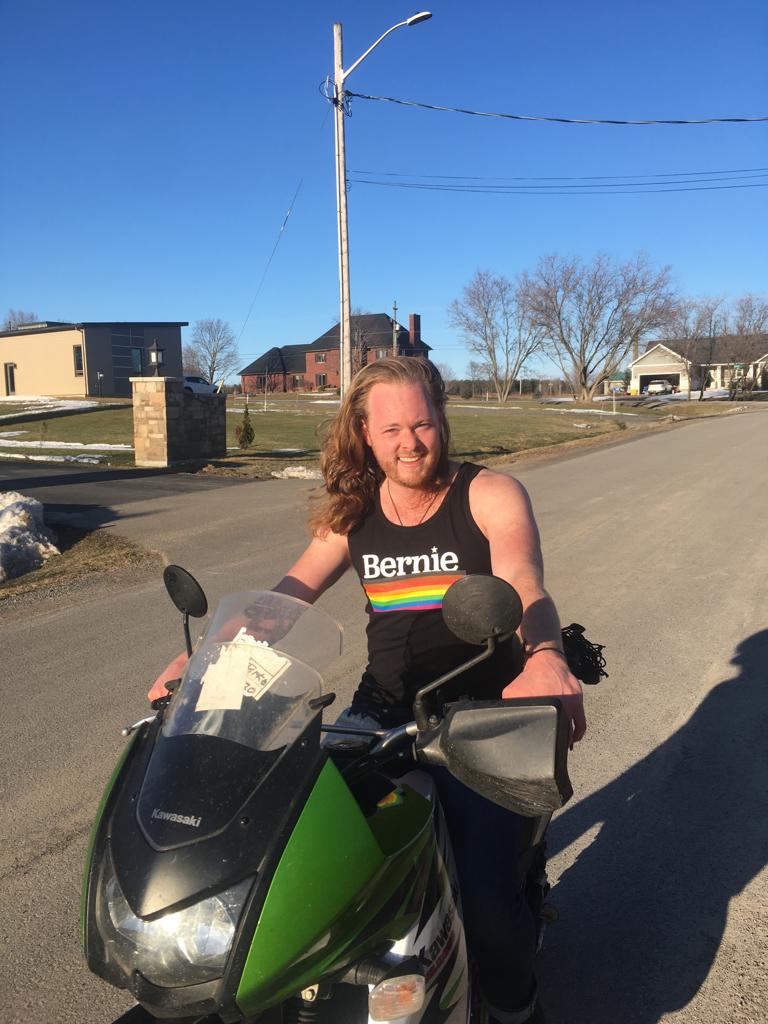 What is a prediction you have for the opera industry during and after this pandemic?

“It might be a long haul, and there is absolutely nothing that we as performers can do about that timeline. I predict that outdoor performances will come back before indoor performances do. I imagine that opera houses will operate at something like half-capacity or less for a while, but of course that creates a major financial strain on companies, so ticket prices will likely go up. I predict that a lot of people will find other careers out of necessity, at least in the interim. My heart breaks especially for opera goers right now. It’s such a special art form, and while the quality of digital performances will be no-doubt be honed and improved rapidly in the coming months, there is nothing like feeling the sound hit you in person.”

How do you imagine your re-entry into full-time work will look?

“I’ve heard from colleagues in Germany that rehearsal spaces and hallways are being sectioned off and marked so that no one comes within several metres of each other. That will probably continue for months, and will be very strange. Apparently singers and brass players launch their germs farther than others. I guess this is the first time in opera history that projecting your voice is an issue.

“Amid all of the uncertainty, one thing is for sure: when opera returns, opera houses and stages will be filled with people who have a renewed sense of gratitude for its place in their lives.”