The recent decision from the Government of Québec to shut performance halls as of Thursday, Oct. 1st  has triggered another round of disappointing last minute changes. Included in the casualties is Opéra de Québec’s World Opera Day Gala on Oct. 25th.

This plan for the second wave of COVID-19 in Québec means that live performing arts events will once again be postponed in the province for 28 days. OdeQ’s Gala lineup includes singers Frédéric Antoun, Julie Boulianne and Karina Gauvin; they were to sing for a live audience.

“It was a bit of a disappointment at first because we were really excited to have those artists and to be performing in front of people, even though we were starting from 2000 people to 250 people, but then to go in front of nobody…,” said Katherine Cyr, OdeQ’s recently appointed General Manager. 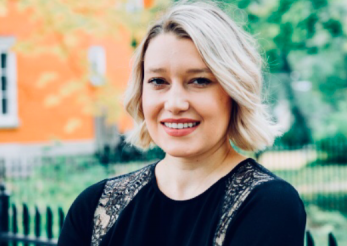 Before this latest decision, arts events in Québec had been cautiously returning under tight restrictions until the province re-entered the “red zone” in this latest announcement, although it was not effective immediately. An Orchestre symphonique de Montréal concert scheduled for Sept. 30th was presented as planned, as it fell within permitted dates. Their concerts on Oct. 1st–Holst’s “The Planets”–and 2nd–Schubert’s “Unfinished Symphony”–will be performed sans audience and streamed.

OdeQ’s gala will also take to livestream on Oct. 25th at 3pm, showcasing nine internationally renowned Québecois artists in a performance that has been adapted quickly to the times. Antoun, Boulianne and Gauvin will be joined by Hélène Guilmette, Jean-François Lapointe, Éric Laporte, Marie-Nicole Lemieux and Philippe Sly under the musical direction of Jean-Marie Zeitouni. Although the online concert will be free, OdeQ will be asking for donations at the event as a way of kicking off their annual fundraising campaign, according to Cyr.

“It’s not a typical opera,” Cyr said. “Maybe we will get people who wouldn’t have been, necessarily, to a typical production but will be open to watching it because it will be free for the first time, and it’s a different format…that would be one of my hopes.”