In Alberta, Edmonton Opera and Calgary Opera are working with the same set of unknowns as the rest of the country, but the two companies have publicly projected quite different future scenarios.

Edmonton Opera has announced plans to begin a postponed 2020-21 season, its 57th, on Jan. 30th, with the first of three performances of Mozart’s Così fan tutte. They anticipate presenting three performances of Puccini’s La Bohème, opening Mar. 13th. EO will end its tentative, compressed season with a concert version of Donizetti’s Anna Bolena, with two performances Jun. 25th and 27th. 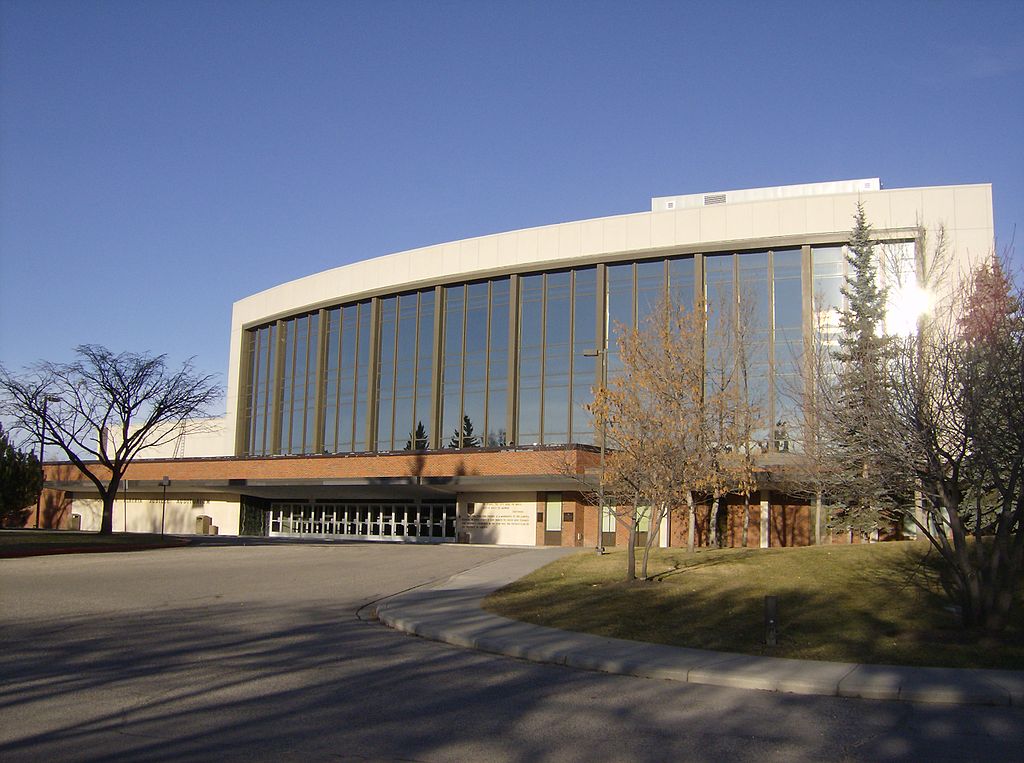 EO’s program is dependent, of course, on whether Alberta health officials deem it safe for audiences to attend presentations in the Jubilee Auditorium, which seats 2,400 for opera. Another factor is EO’s ability to make arrangements with the Edmonton Symphony, the company’s pit orchestra.

Calgary Opera has been more reserved—call it pessimistic or realistic—in its predictions. It has outright postponed its 2020-21 season, opting for a main stage reopening next fall. Both the Edmonton Symphony and Calgary Philharmonic, which plays for CO, have said they hope to resume their own schedules in January. CPO has confirmed that none of its own programs will include the Calgary Philharmonic Chorus, so that will likely limit what CO can stage, as well.

Both organizations have responded to the financial implications of the pandemic similarly. They have cut all salaries by 20 percent, and both have availed themselves of the federal government’s Canada Emergency Wage Subsidy, which was recently extended to Dec. 19th. That grant pays up to 75 percent of the wages of retained employees. This program has allowed both companies to keep all the administrative staff they had; 18 in Edmonton’s case, and 22 in Calgary. Both companies say their patrons have been supportive, donating unused tickets back to the company or agreeing to take a credit.

EO paid all of the artists involved in its March production of Candide which managed a dress rehearsal but no opening night. CO paid all its emerging artists to the end of their May contracts, despite having to cancel their scheduled concert performances of Berlioz’s Béatrice et Bénédict. However, like many performing arts companies throughout the world, CO was unable to honour the contracts for its season-closing production of Richard Strauss’s Ariadne auf Naxos. Unfortunately, it has been sidelined indefinitely as the expense of storing a set coming from Brussels was untenable.

In Edmonton’s case, all the performers scheduled to do the shows in its 57th season, which would have begun in the fall, have been contracted to perform in the first half of 2021. Calgary has committed to hiring the singers it was planning to use in its 2020-21 season for its 2021-22 Fidelio, The Merry Widow and La traviata. Only a few loose ends still need tying in Calgary’s casting.

Despite what might at first appear as dramatically different approaches, the crystal ball is as murky in Edmonton as it is in Calgary. Edmonton’s management has projected a more optimistic plan to the return to grand opera. General Director Tim Yakimec says announcing an actual season for the first half of 2021 had a couple of purposes.

“What we wanted to do was to create a scenario that we could plan on. Mulling multiple scenarios became frustrating and fatiguing, and I don’t think it was getting us anywhere,” Yakimec says.

He also felt “the despair of all the artists,” had to be considered, and projecting a production for the end of January next year might allay some of those anxieties. Yakimec admits, though, that “the crystal ball is pretty damn foggy.” 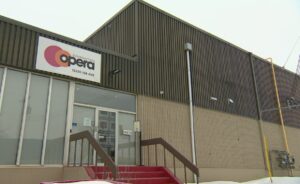 EO Board Chair Tom Bradley believes there is a developing consensus that large venues in Canada will be able to reopen by January. He bases this perspective on what he sees happening at companies beyond North America—in a few cases, they are already offering limited indoor performances. Executive committees in Edmonton and Calgary have been meeting regularly to assess the situation, and Yakimec admits, notwithstanding his company’s announcement, “we have some triggers within our plan. We may have to rejig.”

CO’s Managing Director and CEO, Heather Kitchen, says their company drew a different conclusion on how it would sort out the short and longer-term future.

“We don’t believe that in January you’re going to be able to produce,” she says, pointing out that The Merry Widow, for example, calls for a chorus of 40, plus dancers and dozens of backstage crew. Fidelio, which was to open the season, also includes a large, essential chorus.

Kitchen, CO Artistic Director Bramwell Tovey and their team considered presenting La traviata as the only element in an abbreviated season, but after looking at the economics and other programming options, “we made the decision to postpone the entire season and make it our 49th season starting in the fall of 2021,” Kitchen says.

The management of CO’s venue, the Jubilee Auditorium, told them that with social distancing, 384 people could come to a performance. That number just isn’t economically feasible.

“It wasn’t feasible unless we can have a full audience and an audience that wants to be there,” Kitchen says. “I don’t know what will happen. I know that it took four years for audiences to fully come back after the 1918 flu pandemic. I think it will take time for various people to feel safe again.”

Compounding its problems, CO’s offices and rehearsal space are housed in a heritage building, the Mamdani Opera Centre, which has no HVAC system. Current health restrictions on how many people can congregate in a room, even with good ventilation, is a fraction of what any production would demand. Tovey says during this hiatus, a priority will be to find a safe, acoustically suitable space to record performances to be distributed online.

EO and CO will continue to reinforce their presence in their communities through the creation of artistic projects, as they did throughout the spring with virtual recitals and outreach to school partners. EO offered a series of videos designed to help parents teach children at home, and CO continued its Let’s Create an Opera program which had sustained interest.

CO’s emerging artists will return in October, will resume their school tour next spring (half in person and half online) and participate in a two-week workshop of a newly commissioned opera, The Cipher Clerk, by former CO composer-in-residence John Estacio.

UPDATE: On Oct. 8th, Calgary Opera announced that Artistic Director Bramwell Tovey will be resigning from his post to attend to the recurrence of ongoing health issues amidst a challenging season.

Tovey foresees the company creating at least one 30-40 minute performance of new works and traditional fare, such as Menotti’s The Telephone, each month between November and February, to be delivered online. He also plans to offer a virtual Christmas program, for which Tovey, a composer in his own right, will compose a piece.

Besides its hopes for grand opera early in the new year, EO will continue to offer a series of online options, some confirmed and some tentative. This summer, the company released several digital recitals in its Opera al Fresco Backyard Patio Series.

For the third year, EO is running a Summer Opera Camp, this time virtually, with a Bohème focus. And, thanks to a $20,000 grant from the Edmonton Arts Council, EO has commissioned a song cycle from Jennifer MacMillan and poet Lisa Martin. That initiative is expected to appear digitally by the end of this year. 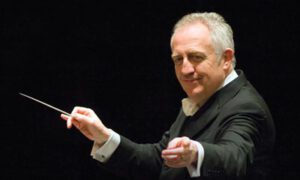 Besides musical programming, Tovey says the changed circumstances offer an opportunity to look at how CO serves the cause of diversity and the larger community. He envisions composers and directors from underrepresented groups in the opera world availing themselves of the company’s resources to create work conceived from their unique vantage points.

He says he would like to focus on “racism in opera, preferential treatment, and how we work forward in that regard aggressively over the next few years…Out of this crisis, there’s a unique opportunity to do things…that normally would get swept under the carpet because of all the pressures. We can still present, I believe, valuable work; we can still work with our emerging artists; we can go out and talk and listen to our community; we can perform to a certain extent, but what we can’t do is our core business, which is presenting grand opera.”

CO’s decision to pull the plug on the upcoming season may seem a sign of pessimism, but Tovey sees the glass half full: “What an opportunity it is.”