Andrist has an impressive reputation and is well-established in Europe’s opera scene. She has been part of the musical teams of the Salzburg Festival, Bavarian State Opera, Glyndebourne Festival, Netherlands Opera, English National Opera and Scottish Opera. She has worked alongside distinguished conductors including Sir Simon Rattle, Sir Antonio Pappano and Kazushi Ono. 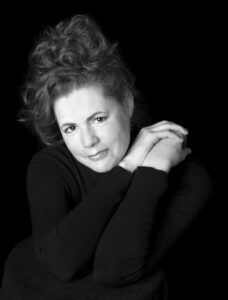 “[Andrist’s] vast experience and knowledge of the Atelier lyrique, since she has worked with us for several years already, make her a first-rate candidate,” said Chantal Lambert, director of Atelier lyrique in the news release. “She has accompanied singers of great renown such as Adrianne Pieczonka, Sir Thomas Allen, Jason Howard, Allyson McHardy, Klara Ek, Ekaterina Gubanova…This is invaluable knowledge that she can pass on to our artists-in-residence.”

The 2020-2021 season of the Atelier lyrique begins on Sept. 14th, offering artists-in-residence a hybrid training formula, in-person and online, in accordance with provincial health regulations.