BOUND is Against the Grain Theatre at its best, blending old and new in an immersive operatic experience. With BOUND, Founder & Artistic Director Joel Ivany and Founding Member & Music Director Topher Mokrzewski have created a troubling exposition of an ominously potential future, by fusing the ethereal music of Handel with a newly-fashioned English libretto, framed around the laws of a conservative nation, ‘The State.’

Theatre experience from the get-go

The experience begins as you walk through the front doors of the theatre and receive a copy of The Way Forward Together: A Guidebook to Border Security and Anti-Terrorism Strategy (the opera’s clever program) and a questionnaire seeking to determine the risk involved with allowing you entry to The State. The theatre is set up in the round with seven characters dispersed, each confined to a cell (a strict square of white light flooding the floor from above). They sit—anxious, terrified, lost, defeated, defiant, curious and angry. From your seat, you feel as though you could be next.

The opera presents the experiences of the seven detainees during an unpredictable exchange of spoken scenes and sung arias. One by one, the individuals are interrogated by The State (actor Martha Burns), whose monotone, invasive voice echoes through the auditorium. 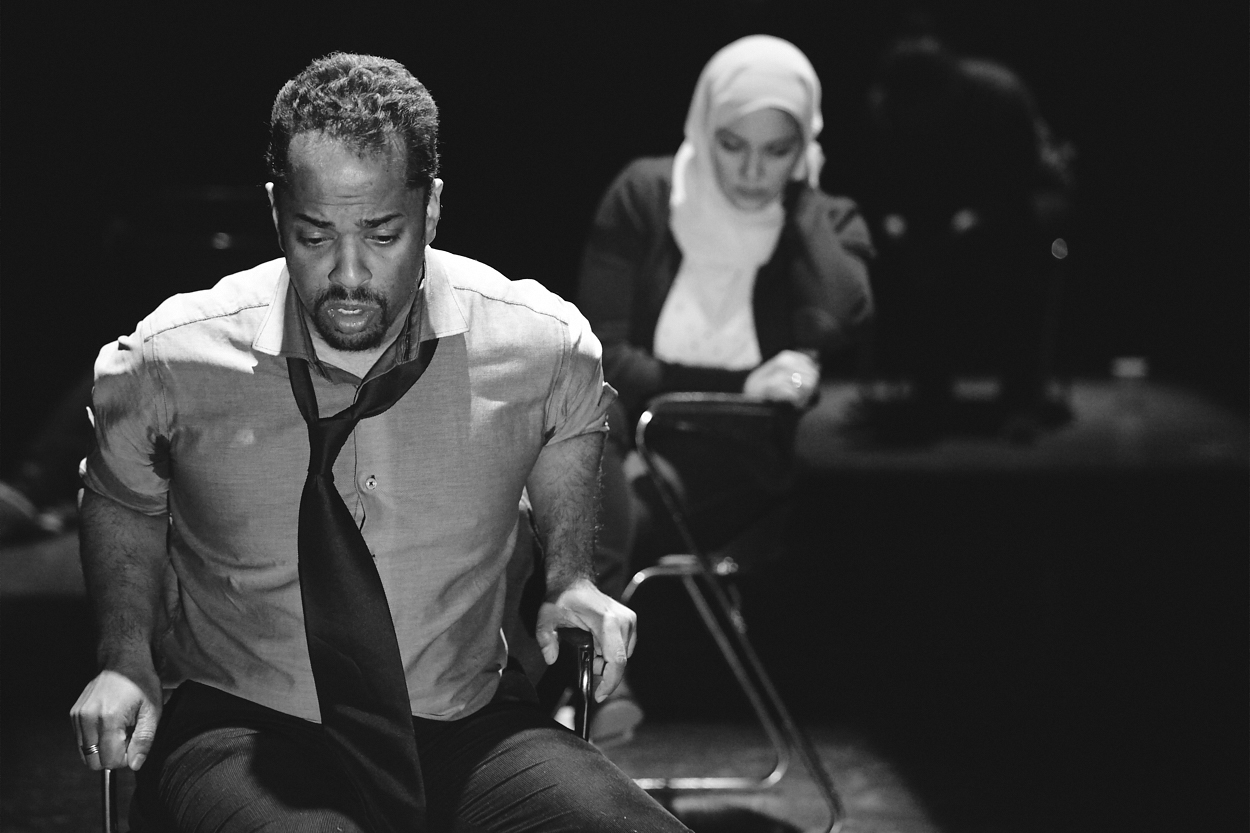 Characters are detainees of The State

One of the detained, Ahmed Habib (baritone Justin Welsh) was attempting to enter The State on a teacher-exchange program. After an invasive search reveals Habib changed his name to Joshua Washington, he is barraged with questions regarding his Islamic faith. Welsh, who possesses a resonant baritone, was one of the opera’s strongest actors, but his voice was at times, too husky.

Noor Haddad (soprano Miriam Khalil) is also targeted for religious reasons after refusing to remove her hijab. Pleading that it is as a symbol of expression, Khalil flaunts her ravishing soprano in Alcina’s “Ah mio cor!” The new, English text connects the soulful aria to a contemporary perspective, allowing the shift to the B section to deliver an even heavier emotional impact. As the aria returned to the A section, Mokrzewski and Khalil manipulated the tonal structure, leaning into an Eastern-inspired sound. Khalil’s focused pianissimo in this section was despairingly breathtaking. 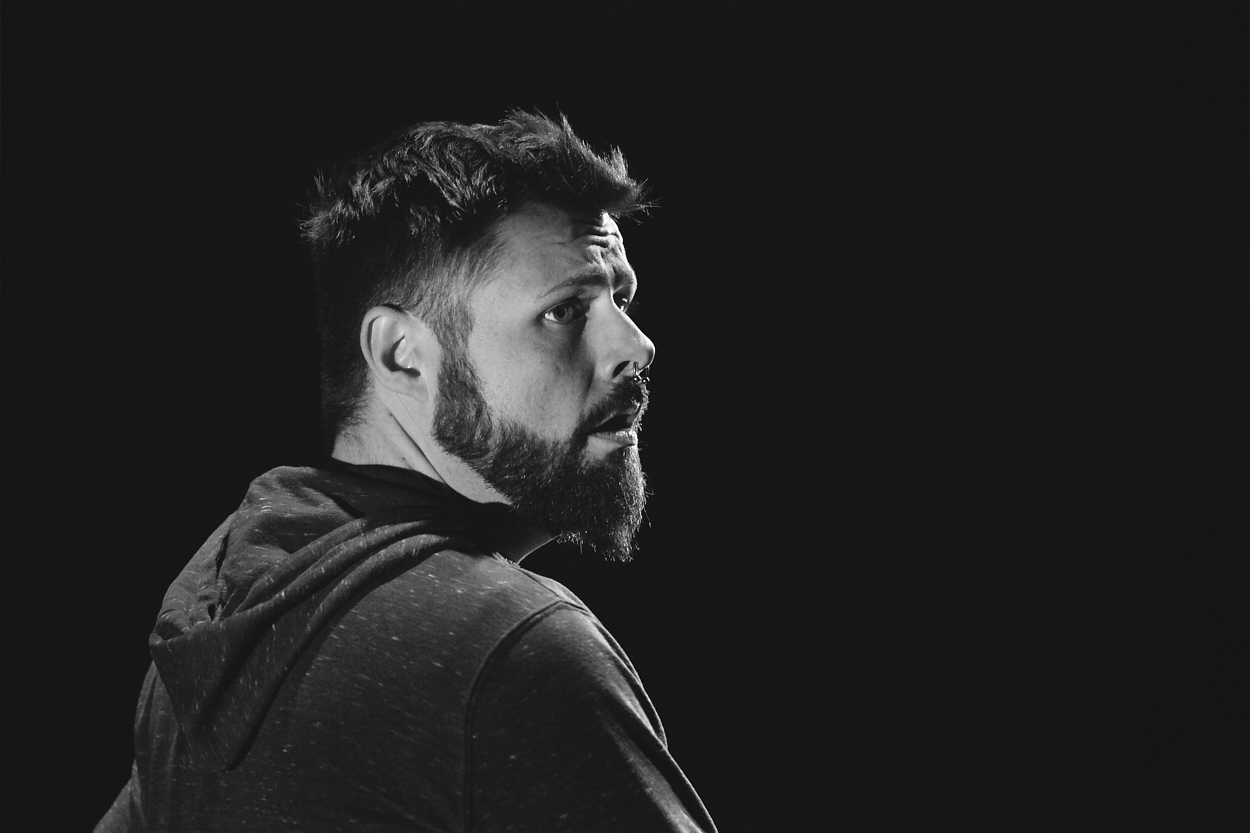 The State isn’t merely Islamophobic. Kelly Davidson (countertenor David Trudgen) is stopped because of a disparity between declared gender and birth gender. According to State legislation, Davidson, a transgender man, will be forced to retrieve new documentation displaying his female “birth gender.” Trudgen’s affecting vocalism trumps his exaggerated physical performance. Lamenting intensely with his instrument, Trudgen is especially passionate when his voice slips into its chest register.

An immigration lawyer assisting Mr. Habib, Marina Navolska (Danika Lorèn—look for her profile in the early Feb. ’18 issue of Opera Canada) is detained in connection with her participation in various counter-protests. Lorèn is the production’s humanitarian, pleading in her arias for the rights of others. With a bouncing, shimmering voice, Lorèn vocalizes with phenomenally balanced coloratura in terms of placement and rhythm, thrilling with intriguing ornaments.

BOUND ends without resolution. A testament to our current state of affairs, Ivany’s production serves to confront humanity with humanity, leaving the audience affected, disturbed, and haunted. But there is a dim ember of hope, as the ensemble collectively sings, “We are the same.” We are all flesh and blood, feeling the same feelings. As humans, we are all connected. By that common thread, we are bound.