Sonja Frisell, Rubies 2021: “I lived with the characters in opera for years…”

The Opera Canada Awards—‘The Rubies’ makes a return to ‘live’ on November 15, 2021. Click here for more details to secure your ticket to this wonderful celebration of Canadian opera talent. Note our venue change to the Four Seasons Centre for the Performing Arts, 145 Queen Street East, Toronto, ON.

To trace the long arc of Sonja Frisell‘s work as an opera director is to trace her response to a calling, not to a career choice.

Born in England in 1937 to Canadian parents, her first encounter with the art form came through one of her mother’s books, Henry W. Simon’s A Treasury of Grand Opera, which delved into six popular works, of which Verdi’s Aida would figure prominently in the young girl’s future. Early an avid reader, she was already interested in ancient Egypt, her young imagination fired by movie posters for the 1945 British movie, Caesar and Cleopatra. 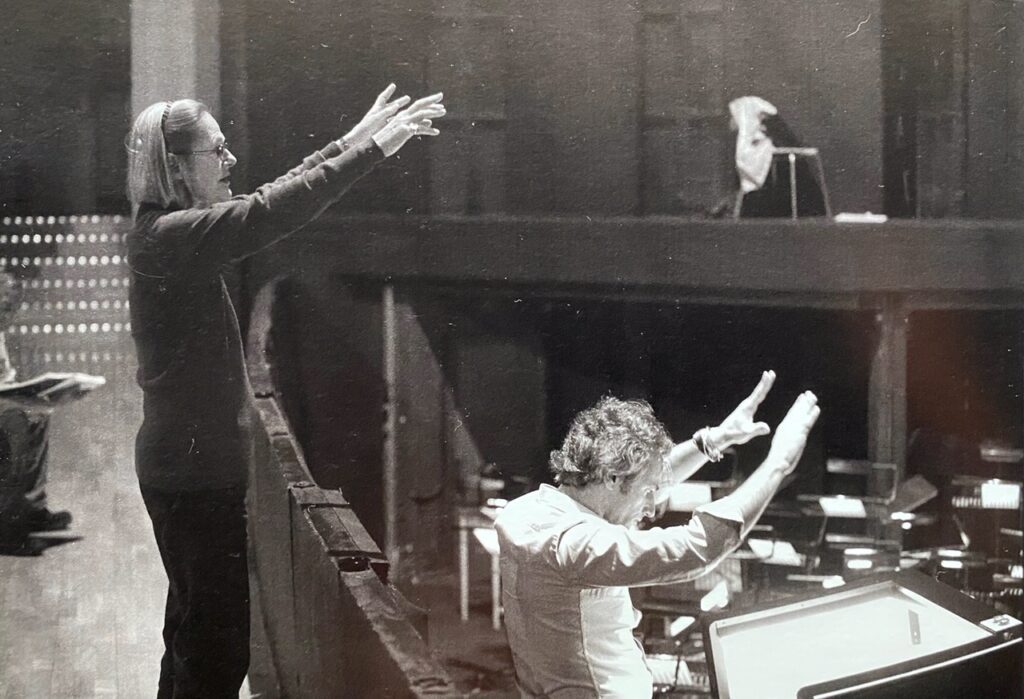 A lonely only-child, Frisell had been shunted around schools in England, Sweden and Canada by the time she was 10, but found some comfort in piano lessons. “Music spoke to me,” she recalls. “It was a free world, something outside myself and my loneliness.” She was taken to some of the works in Simon’s Treasury, but not Aida, which her mother thought unsuitable. When she finally did see it, in a staging by dancer-turned-director Margarethe Wallmann, Frisell had her epiphany. “When I came home, I told my mother it was terrible and I could have done it better, and from that moment, at age 16, there was nothing else I wanted to do but direct opera.”

There’s a grand operatic quality to the way Frisell talked, wrote, worked and fought to turn that teenaged dream into a hugely accomplished international career spanning more than six decades. The bicycle jaunt with friends when she was 17 that started her love affair with Italy (immediately rewarding her with Mario del Monaco-fuelled Aida at the Arena di Verona); a resolve, despite parental misgivings, to forego university in favour of the Guildhall School of Music and Drama (she got credentials as a piano teacher in record time); and determined letters to opera professionals for help—such were the early acts that laid the groundwork for what was arguably the first focused attempt by a female to break into a profession that generally admitted only men. The pioneering few female opera directors at the time, such as Wallmann, had had earlier careers elsewhere in the performing arts. 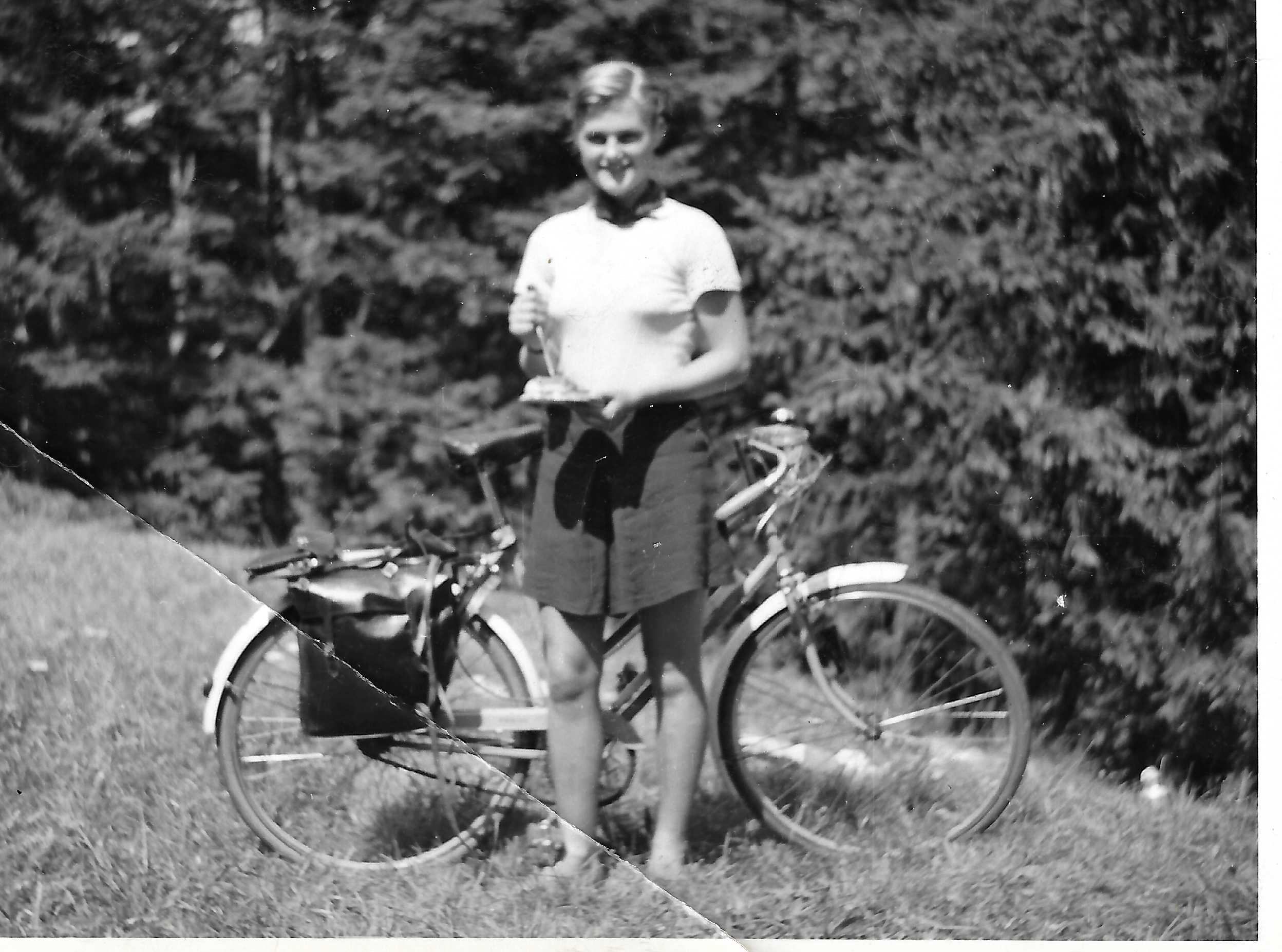 The first of Frisell’s determined letters, to Covent Garden, only got her a gig as a supernumerary carrying a sickle for Maria Callas’s Norma, though she still counts experiencing the soprano’s intense commitment to her art up close on stage as a defining moment. Another early letter got her a job on the telephone exchange at the Glyndebourne Festival in 1958, and the chance to watch performances and rehearsals from the wings. That brought her into the orbit of German director Carl Ebert, Glyndebourne’s founding Artistic Director and at the time also actively helping re-establish operatic life in post-war Berlin. Frisell decided she needed to go to Berlin to study with Ebert, and with characteristic moxie talked her way into doing just that. It was a turning point, Ebert’s studious respect and deep study of text and music, his calm and relaxed manner in rehearsals and his collegial approach to bring a production together providing the model for Frisell’s own work ethic. Ebert is just the first of the mentors Frisell credits with teaching her the art and craft of directing opera by letting her do it, the others including legendary names from the turn-of-the-century world of opera—Franco Zeffirelli, Luca Ronconi, Giorgio Strehler, and, especially fondly remembered for his help and support, Jean-Pierre Ponnelle.

The Italianate cast of this roster is not accidental. Frisell’s first opera production was in late 1958, Gluck’s Iphigenia in Tauris at Durham University in England, and she was back at Glyndebourne a year later as student assistant director. She found work with Sadler’s Wells Opera, first in the box office and then in the costume department while taking night classes in scenic and costume design at London’s Central School of Art and Design. Then she decided to go back to the continent for further training, successfully applying for a Canada Council grant to study in Italy in the 1960/61 season. She headed immediately for La Scala, and so embarked on a journey that went from a seasonal contract as a staff assistant director in 1964, through a full-time contract in 1969, and on to become the house’s Director of Productions for 17 years. Working alongside her mentors, gaining their trust to restage their productions, Frisell gained the experience and expertise to direct (and later also design) her own productions around the opera world, from London to Moscow, from New York to San Francisco and down to South America, and in Canada with companies in every province except British Columbia. “I owe so much to that Canada Council grant,” she says. “It was my liberation. It made me what I am.”

And throughout her career, Aida continued to sound like a leitmotif. She remembers remounting at least four productions, including one by Zeffirelli, besides her own originals in Rio di Janeiro, San Francisco and New York. This last, for the Metropolitan Opera, undoubtedly gave Frisell her widest audience. After its premiere in 1988, it stayed in the Met’s repertoire for just over 250 performances until its retirement in 2019. Along the way, it was broadcast on radio, on television—in 1989, the telecast earning Frisell an Emmy Award citation—and more recently through digital streams and on the Met’s Live in HD cinema presentations; it is the second-longest running Met production after her mentor Zeffirelli’s La bohème.

Frisell’s final production, in 2017 at age 80, was in Muscat, Oman, where she was invited with the touring Rossini Opera Festival of Pesaro to restage Ponnelle’s 1987 account of the composer’s one-act L’Occasione Fa il Fadro. Today, she lives in retirement in Portugal with her husband Peter Schröder (who, as conductor Herbert von Karajan’s long-time sound engineer, also has an opera history). She doesn’t miss the 70-hour work weeks of her La Scala days, nor the frenetic globetrotting pace of the freelance opera director, nor even necessarily the myriad opera luminaries on stage and behind the scenes she worked with. “One of the few things I miss nowadays are all the people I got to know through opera,” says a director whose multilingual stock in trade on any assignment was to start with a deep study of every subject’s musical and dramatic sources. “I lived with the characters in opera for years, but I’m not living with them now and I miss them.”

Don’t miss your chance to join in celebrating Sonja Frisell and all of our honourees at this year’s live Rubies event on Nov. 15th. Click here for complete event information.