In an Aug. 26th news release, the Canadian Opera Company announced that General Director Alexander Neef will begin his new role as head of Opéra national de Paris in September 2020, while maintaining his role at the COC.

It was announced earlier this summer that Stéphane Lissner would depart as head of the Paris Opera by end-of-year. In light of this news, France’s Minister of Culture Roselyne Bachelot-Narquin formally requested the COC Board of Directors to allow Neef to accelerate his Paris start date, bridging his tenure with both organizations. Neef will move to Paris to take on his cross-continental responsibilities. 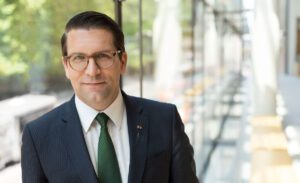 “Being able to minimize air travel remains the safest course of action for my family right now,” Neef said in the news release. “This year’s pandemic has asked so many of us to adjust to unexpected shifts in circumstance and I am grateful for the complete support of the COC Board in arriving at this solution.”

This arrangement will continue until a new COC leader is selected and they transition into the role.

“The search for the COC’s next general director continues on schedule and we are encouraged by the experience and talent of the excellent candidates we are considering,” said Colleen Sexsmith, Chair of the COC Succession Committee.