In Opera Canada‘s latest Q&A series, our arts writers across the country weigh in on how the Canadian opera industry is handling the prolonged pandemic environment. Next up: John Gilks.

I’m seeing a mix of things. It’s mostly “live” web streams of small scale recitals. The “live” is a bit of a misnomer because the music is usually pre-recorded even when there is a live MC or live interviews. That’s probably just as well as the audio/visual quality of actual live content has been pretty mixed. I’ve enjoyed some of these concerts and recitals but it definitely doesn’t feel like a live performance and most often I watch later “on demand”.

There have been a few other offerings like interviews (Against the Grain Theatre) and virtual choirs (the COC). Interviews are what they are. They can be fascinating or deadly dull. Either way they aren’t a substitute for a night at the opera. I like that the COC has tried to do participatory things. That has to be more engaging than just adding to the millions of hours of content on YouTube. Tapestry Opera, too, deserves credit for their outdoor “box concerts”.

Then there are the companies who are going, if circumstances permit, hybrid: i.e. a small live audience and a live stream. Both Tapestry and Opera Atelier have plans to do this. I think it’s a good move if you can do it. It’s perhaps worth noting that neither company is particularly dependent on ticket revenue!

I’m starting to see companies announcing “virtual” seasons that require payment to watch. I’m skeptical. I’m not sure too many people will pay to see Vancouver Opera or Toronto City Opera doing La voix humaine (weirdly, both are doing it) when they could be watching the Bavarian State Opera or the Met for free.

Absent an audience to engage with, as well as the performance, I don’t feel particularly engaged. Part of going to the opera for me is interacting with other opera lovers. In some ways I miss my “opera friends” at least as much as the show. Some of this is geography too. Maybe digital content engages some people with opera, but does it engage them with the organisations they will one day (we hope) be able to see live again? I fear the effect may be, like the effect of Met HD, to take people away from live opera.

There’s no substitute for live in any circumstances. I watch a lot of recorded opera. I enjoy it but it’s simply not the same. I think there’s also a problem with overload. Geography acts as a ‘rationer’ of live performance opportunities. Digital has no such filter. I’m not just feeling deprived of live performances, I’m feeling overwhelmed by the amount of digital content that’s being pushed my way by companies large and small, all over God’s green acre!

Should? There are so many barriers. It’s not just the difficulty and the impossible economics of performing for tiny audiences with social distancing and everything else. Most venues, at least here in Toronto, aren’t well set up backstage to make it safe for performers. The smaller companies I’ve talked to are very concerned about the safety of performers. I get this. In a slightly different sphere there has been a big push to get pro sports going again in the UK and the results have been pretty sobering in terms of infection.

And the preceding paragraph was written just hours before the Ontario government ordered a 28 day closure of live entertainment venues in Toronto. I don’t think it’s terribly realistic to expect companies to organize live shows when they may have to be cancelled at a moment’s notice.

I’m not aware of any special treatment for opera artists. They have access to the same temporary income support programs as other self-employed folks hit by the pandemic. I really don’t see that anything is likely to change unless the Feds have a ‘Road to Damascus’ moment and introduce a national guaranteed income. I’m not holding my breath.

For sure. Countries that really care about the arts have made great efforts to keep things going to some extent, even if it’s sometimes been chaotic like the debacle at the Teatro Real. Countries where governments provided little or no support for the arts before COVID aren’t doing much now either. The difference between what’s happening at L’Opéra national de Paris and the COC has attracted attention for obvious reasons! But look at it this way; the Paris Opera has been kept going for hundreds of years through even the toughest of times. It was even performing during the Terror. Clearly opera matters to the French government and the French people (or at least the ones the government thinks count). I don’t think people and governments in Canada care that much. We don’t even have opera in our national capital in normal times. COVID has really highlighted what works in different countries and what doesn’t; what people care about and what they don’t. 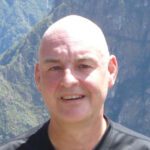 John Gilks trained as a mathematician before embarking on a career as a management consultant and healthcare IT specialist. He’s been writing about opera and art song for about ten years and is a regular contributor to Opera Canada and Bachtrack as well as his blog, Operaramblings.