The Royal Conservatory of Music Glenn Gould School spring opera was Handel’s Rinaldo or, perhaps more accurately, director Tom Diamond’s Rinaldo. It was a fairly radical and effective reworking of the original that provided on-stage roles for all the students of the vocal programme, plus a few ringers. All the big numbers were there, but the Christian Crusader vs. Moslem Saracen opposition was replaced by a more-abstract Light Brigade vs. Dark Forces confrontation. Within this, the elements of romance, sorcery and mistaken identity played out without explicitly religious connotations. Reflecting the current gender balance of the GGS vocal programme, Goffredo and Eustazio, leaders of the Light Brigade, became Goffreda and Eustazia.

The production was very effective in a minimalist way. The stage was essentially bare, with stylized set elements—often planks and “lollipop trees”—carried on by members of contending armies. Much of the work of a “set” was achieved through very effective lighting (Jason Hand) and the occasional use of projections. In particular, in Armida’s lair, various characters were imprisoned in cones of light to great effect. There were also some extremely dramatic and noisy lighting FX to signal Armida’s entrance and the summoning of dark forces. Finally, Cupid was embodied by a dancer (Elena Howard-Scott) clad in a striking, bright-red outfit. The clever move helped explain the relationships between the characters, while adding colour, activity and some humour, too. Marie-Josée Chartier’s choreography was both lively and witty, and Howard-Scott made the most of it. 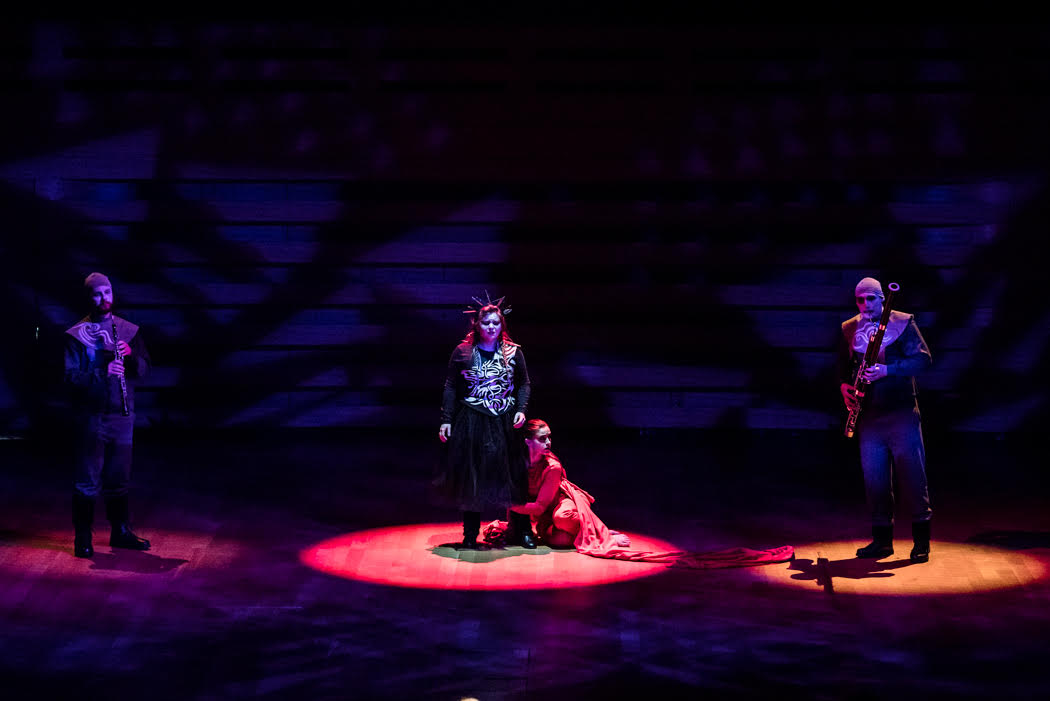 The singing was good enough to make one forget that this was a student production. The Rinaldo of countertenor Christian Masucci Facchini was excellent, with quite a muscular sound and a real sense of style. He was also an impressive stage presence. The Dark Forces leader, Argante, was sung by Christopher Dunham in a powerful and masculine baritone that perhaps was more stylistically suited to later repertoire than Handel, but he was a characterful villain. All the principal women were very good. Camila Montefusco (Goffreda) and Chelsea Pringle-Duchemin (Eustazia) were entirely convincing as the leaders of the Light Brigade. Mélissa Danis settled into a stylish and sweet-toned portrayal of Rinaldo’s betrothed, Almirena, and Katelyn Bird provided appropriate vocal fireworks as the sorceress Armida, with just the right amount of (virtual) scenery chewing. The minor roles were nicely taken, with a very funny cameo by Joel Katz as the geriatric Mago.

In keeping with the spirit of “we are all back on stage,” the small orchestra performed in clear view of the audience, with the brass in the gallery and a very effective quartet of on-stage musicians to accompany some arias. The set-up allowed for some comic action between Armida and conductor Ivars Taurins. The orchestral playing was of a very high standard, with some dramatic interventions from the one-man percussion section. With players and, at times, singers in the gallery, it can’t have been easy to keep everything in sync, but at the Mar. 16 performance it was, resulting in a very satisfactory reading of the score overall. 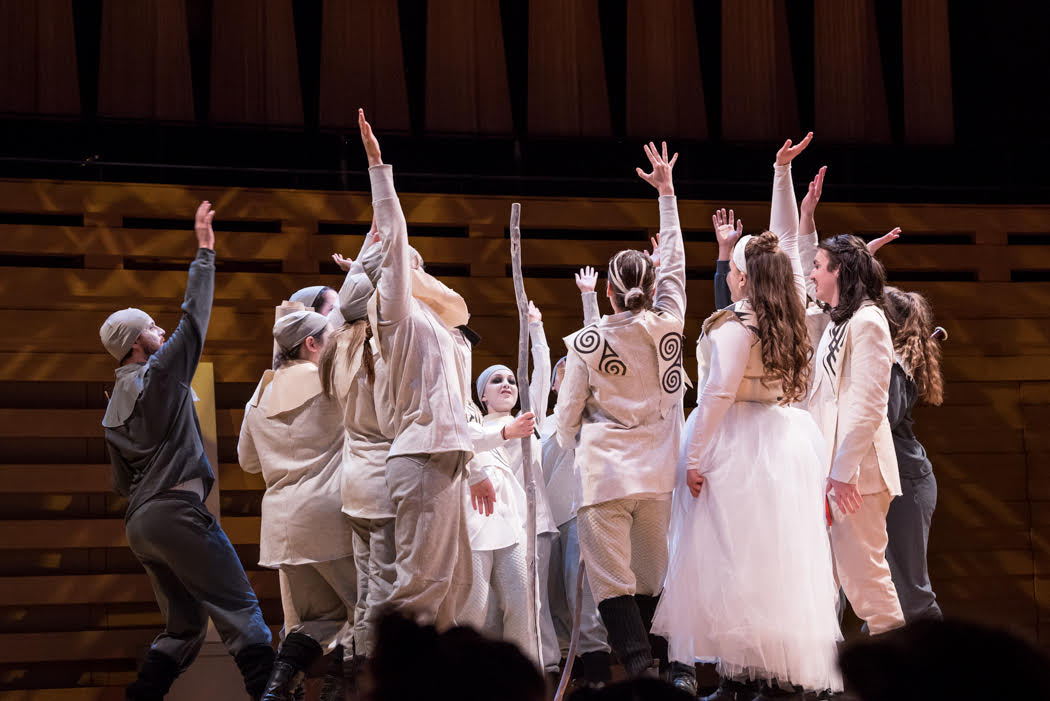 At a time when Canada’s professional companies seem to have retreated into artistic conservatism to lure back post-COVID audiences, it was encouraging to see the Glenn Gould School doing the opposite in staging a bold, fresh Rinaldo.  Certainly, the audience in RCM’s Koerner Hall reacted with real enthusiasm.