Some operas have grown on me over the years; some productions have, too. Lady Macbeth of Mtsensk is one of those operas, and Graham Vick’s Metropolitan Opera staging of it is one of those productions. I’d always respected Shostakovich’s trenchant troublemaker of 1934, but it took me a while to cotton to it in all its rude, rambunctious glory.

Maybe that’s because I first got to know it as Katerina Ismailova, the composer’s much-watered-down response to Stalin’s outrage at the original opera. When Vick’s show arrived at the Met in 1994, I didn’t much like its in-your-face leap from the libretto’s mid-nineteenth century to a comic-bookish mid-twentieth. Now it seems a perfect fit, and there are passages of Shostakovich’s brilliant score that I just can’t envision happening any other way. 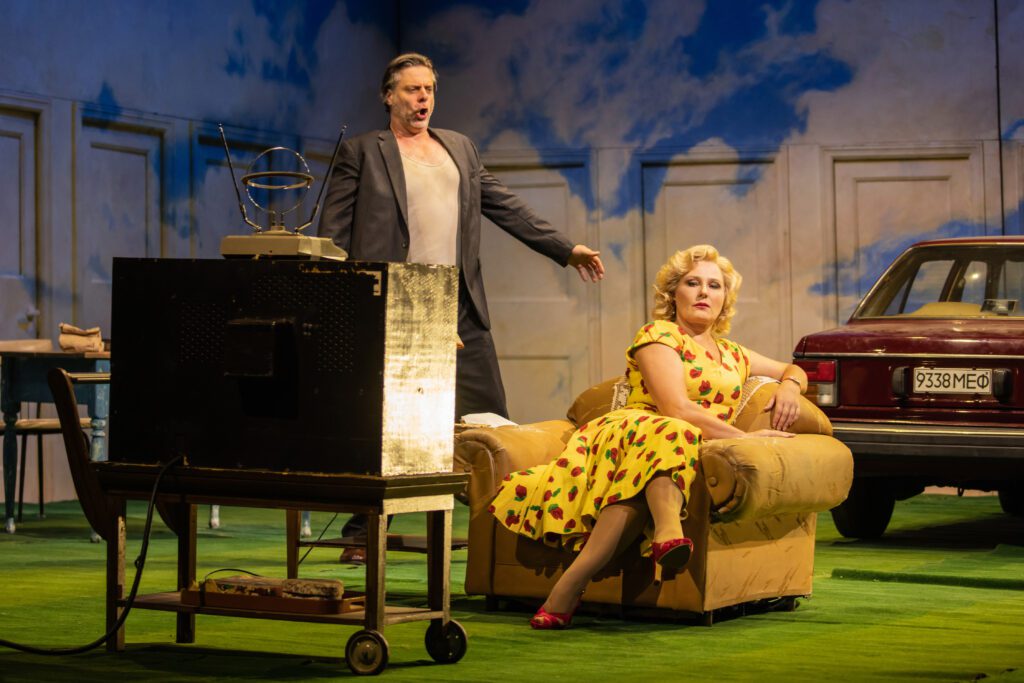 This season’s revival—its first in eight years—is a fine memorial to Vick, whom Covid claimed in June 2021, and whose trio of Met productions encompassed his very best (this one, which marked his house debut, and 1999’s Moses und Aron) and his risible worst (his loony Il trovatore of 2000). Vick seldom showed the bread-and-butter classics much palpable respect or affection, but they’re amply present in his Lady Macbeth, where—with the colorful collusion of Paul Brown’s pop-artful designs—he’s well in tune with this raunchily satiric tale of a bored, frustrated provincial housewife and the men who variously abuse her, and with every burp, bleat, and slither of Shostakovich’s orchestration.

So is the new conductor, Keri-Lynn Wilson, making a Met debut that (I’m guessing) might well have happened earlier had she not, as Peter Gelb’s wife, been wary of any whiff of nepotism. Over a thirteen-year span I’ve admired her stylistically wide-ranging work at her alma mater, Juilliard, and at Washington National Opera; I fervently salute, too, her enterprise in assembling, from scratch, the Ukrainian Freedom Orchestra for its high-profile international tour this past summer [watch video highlighting that initiative]. But I’ve never heard her lead anything finer than her Lady Macbeth of 12 October: she masterfully captured not just the score’s cornucopia of arresting sonorities but its vibrant pulse and, in Katerina’s solos, its quietly aching beauty. The orchestra delivered for her its nonpareil best. 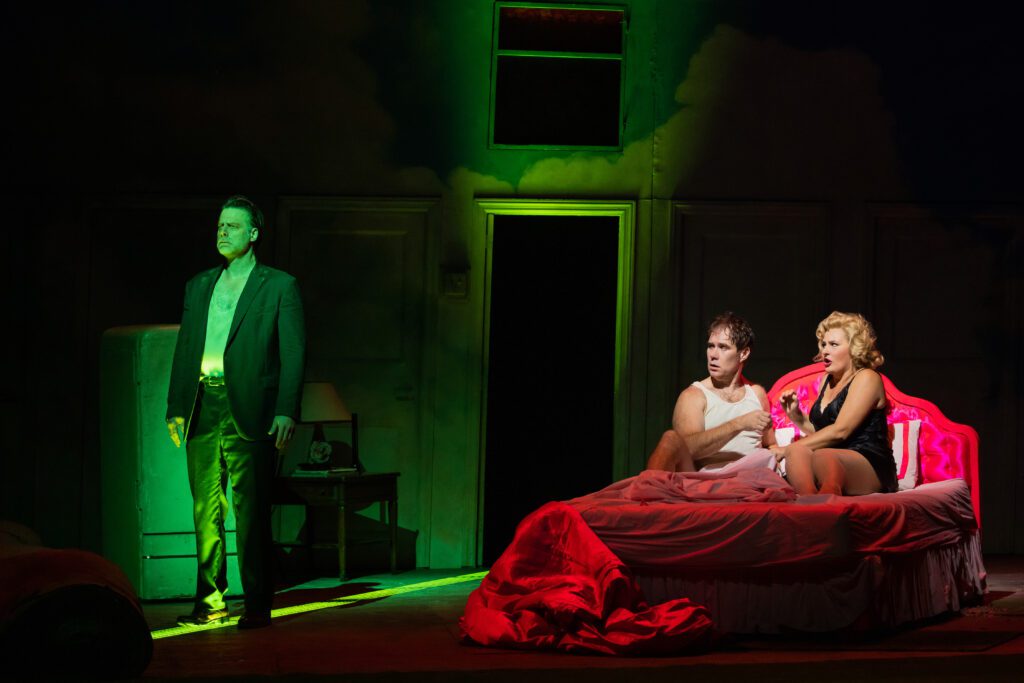 The cast did both her and Vick justice. A tenth-hour replacement for Eva-Maria Westbroek, who headed the previous revival, Svetlana Sozdateleva didn’t offer much vocal allure—she sounded like one of those generically glaring Soviet sopranos Melodiya used to record. But that’s probably just the kind of voice Shostakovich had in mind; and she hit all the right dramatic notes as the triply homicidal housewife whose outrageous crimes don’t wholly shut out our sympathy. Brandon Jovanovich, the sole major holdover from 2014, was once again near-ideal as Sergei, vocally strong and theatrically vivid as the thuggish charmer with more swagger than smarts. Thuggish without the charm, John Relyea made a terrific Boris, the father-in-law from hell who’s all too willing to pinch-hit for his son in the marital bed; his prolonged death from Katerina’s lethally doctored mushrooms was chillingly funny. Nikolai Schukoff was spot-on as the ineffectual Zinovy, who finally provides his wife some sexual kicks as, straddling him, she chokes him to death with a belt. The many smaller roles were expertly filled. with bass Alexander Tsymbalyuk making a special mark as the last act’s mellifluous Old Convict.