Pacific Opera Victoria (POV) has announced its return, with a 2022 season that offers a mix of live and digital performances. Staged and filmed productions of Carmen and Don Giovanni will open the season, complemented later by two more screened productions, The Garden of Alice and For A Look Or A Touch. All stage and screen productions will be presented in-person at Victoria’s Royal Theatre.

“We are all feeling the surge and renewal of excitement as we prepare for a return to the theatre”, said Pacific Opera Artistic Director, Timothy Vernon. “In opera, live performance is our ultimate goal and nothing can supplant that – technology is terrific but no substitute. Live is real.”

A live, staged, Brenna Corner-directed Carmen will kick off the company’s 2022 season, running February 23 through March 1, 2022. This production was originally scheduled to close out POV’s 19/20 season, with different singers in two of the lead roles. In 2022, French mezzo-soprano Aude Extrémo will make her company debut in the title role, alongside Canadian tenor Adam Luther as Don José and soprano Lauren Margison as Micaela. The show is designed by Olivier Landreville–read our feature about his 1930s Seville setting here. Costume designer Sylvain Genois was inspired by historical documentaries of the Spanish Civil War which you can read [and look at!] here.

“We have missed bringing community together to see and to perform and to engage in this wonderful art form,” said Pacific Opera CEO Ian Rye. “So much relies on action in a real setting.”

Following Carroll’s classic is Jake Heggie and Gene Scheer’s moving opera For A Look Or A Touch, which runs April 21 through 23, 2022. Based on the true stories of gay men whose lives were torn apart in Nazi Germany, the production’s score incorporates elements of jazz and swing and captures the spirit of complex human relationships. Directed by Michael Shamata, the production features Andrew Love and C. David Johnson, with Maestro Timothy Vernon conducting. 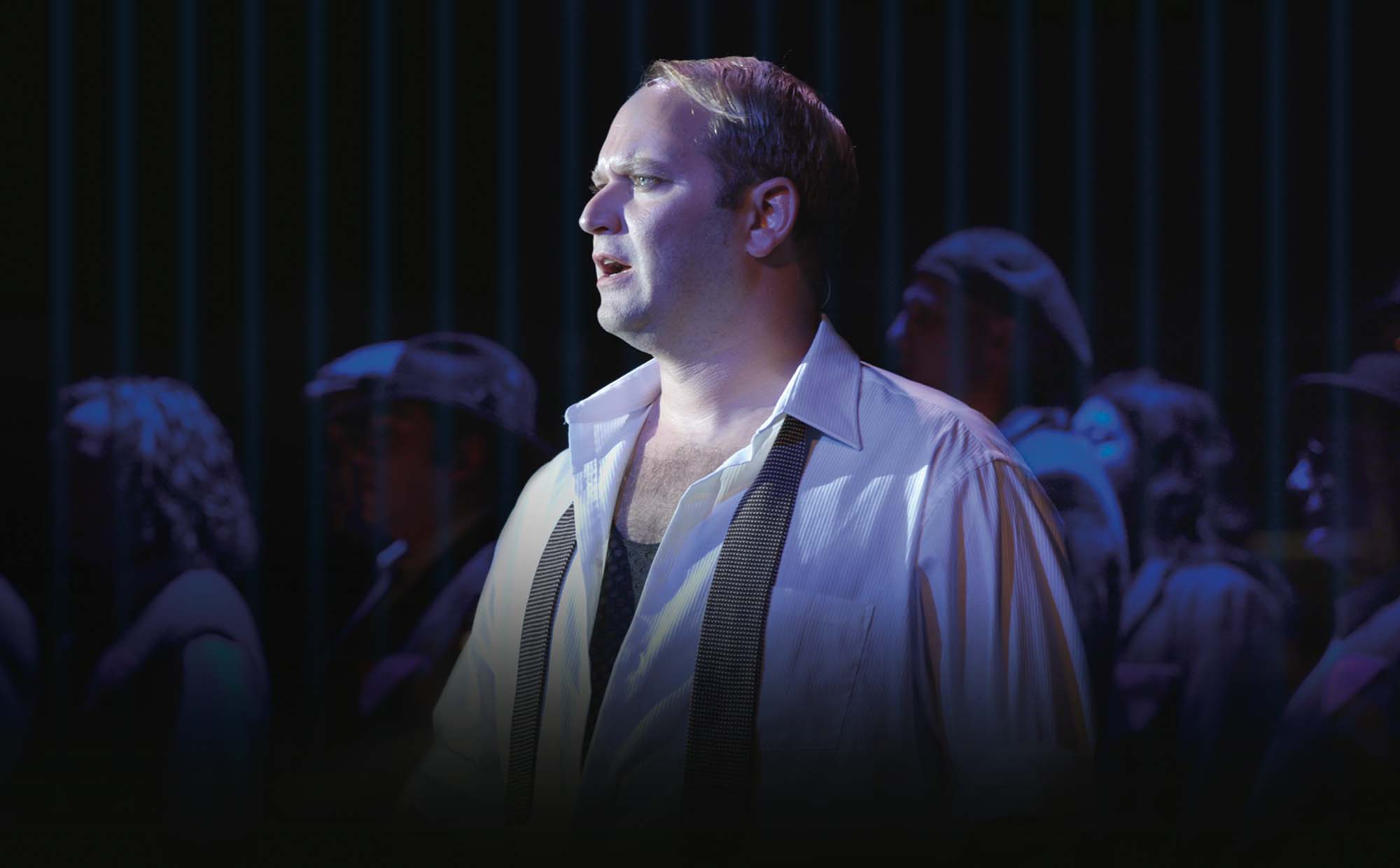