Despite the lost gigs, Canadian tenor Michael Schade is busier than ever. Michael Schade answers our Quarantine Questions from his home base in Vienna:

What is something you’ve lost to the pandemic?

“I suppose the best thing I can report is luckily not my health and good humour, while I have lost so many engagements. A whole run of Der Fliegende Holländer at the COC (luckily I had just debuted the role of Erik at the Hamburg State Opera to great success, so I have that feeling of having reached that milestone); then I’ve lost a whole run of Arabella at the Vienna State Opera; along with a Lied von der Erde with buddy Thomas Hampson in Istanbul; a run of Dido and Aeneas with the lovely Wallis Giunta, and a recital at our own Internationale Barocktage at Stift Melk, where I am the Artistic Director; a festival with the amazing Angela Hewitt in Perugia…and that was just May and June…can I stop there? It’s becoming depressing!

“Oh wait, Lord, I forgot that it all started JUST when Dee and I had our church ceremony booked at Abbey Melk for our wedding…the ‘legal’ part of which we had, thank God, in Canada on January 3rd. Did I mention that I had to fly my family back to Canada at exorbitant costs while the world of travel and travel insurance and health insurance was imploding around us?? Ohhh yes, that was definitively the low-point of this crisis, saying goodbye to your children until when?” 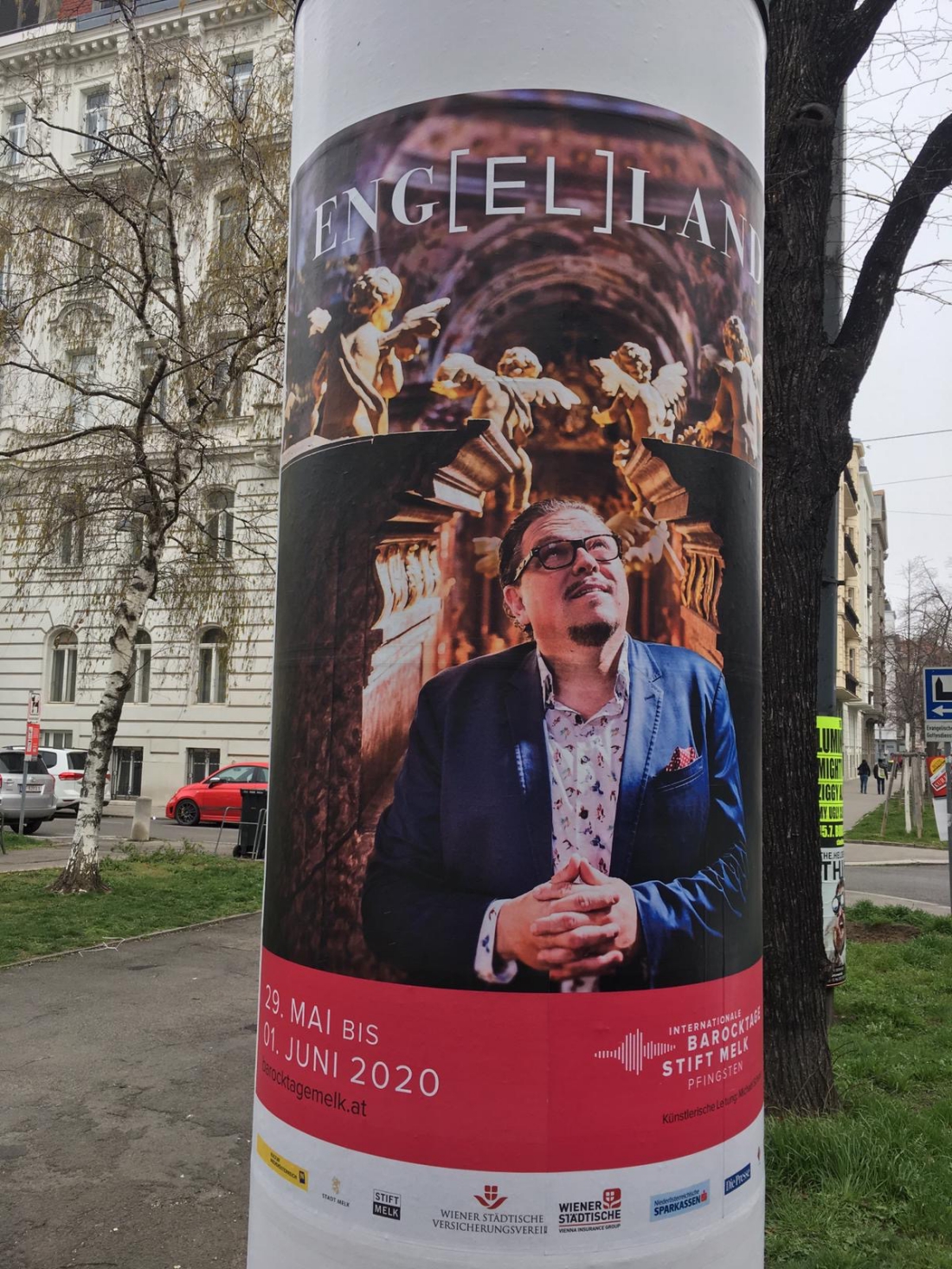 The poster at the end of our street advertising the now cancelled Barocktage Stift Melk, Baroque Days at Abbey Melk, that is held over Pentecost weekend every year. There will be a special evening that Michael has put together and it will be televised and live-streamed on Saturday May 30 at 8pm CET.

What have you done with your unexpected time, that makes you grateful?

“I suppose that I am fantastically lucky NOT to have had unexpected time at my hands. In the first weeks, there were so many management tasks as Artistic Director, besides keeping in vocal shape. I called everyone that was to appear at my festival and talked and had daily Zoom meetings with my staff, or had telephone crisis meetings for weeks trying to salvage what I could (96% of it I could move forward into 2022, which is amazing).

“Laying the groundwork for such a venture during these times has been an insane amount of work and a logistical challenge of special dimensions, when you consider just the simple steps of where and how you can rehearse all while social distancing, and whom you can find to play, and who is in town (luckily we’re stuck in Vienna where the talent pool is so large!). I am also here to teach Historical Performance practice (three times a week online with my students) at the University of Vienna.

“Meanwhile, there is a daily gourmet meal planned and executed mostly by the ever talented Dee Schade-McKee, and I am lucky enough to LOVE being stuck and indoors with my lovely new bride! Dee is a trooper and we have fun, and she has a million plans and visions, that we share. Meanwhile, I swear we shall have to be clever and invent smaller, lovely ventures until the bigger halls open up again. I am working on a million ideas and have developed a think tank of artistic directors, donors, fellow musicians, dramaturgical writers, hotel owners, and friends, where we come up with the next projects that MUST also have the social component to help artists who have absolutely nothing left. It’s time to pass the hat around for us; we’ve become our own benefit cause. What a blessing it is to find so many wanting to do more and wanting to work. Thank God I have my family’s nurturing love to keep me moving forward!” 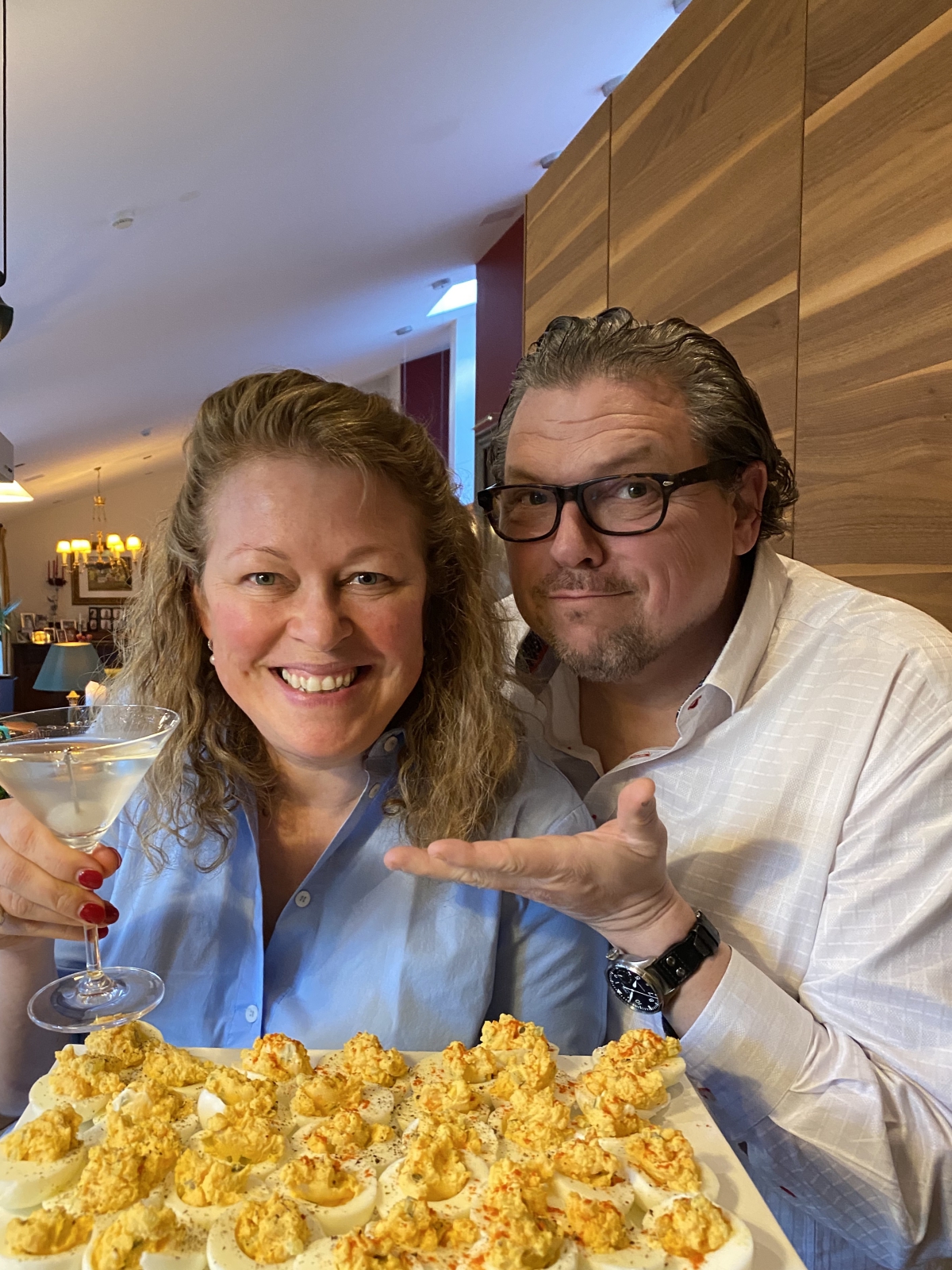