Opera in concert or a minimalist staging?

Despite the company’s title, Voicebox: Opera in Concert’s Nov. 26 production of Rodelinda was by no means a static presentation with six singers “parking and barking” in front of a small Baroque orchestra of eleven players. With only one week’s rehearsal, the ensemble not only performed some of Handel’s most difficult music with style and conviction, but also managed tasteful choreography designed by their dramatic advisor and company General Director, Guillermo Silva-Marin. The staging was simply enhanced by a throne, a sword, and well-chosen lighting, none of which obstructed from the afternoon’s most exciting aspect, the voices.

One of the most intuitive uses of the stage occurred when the usurped King, Bertarido, (countertenor David Trudgen) read the proclamation of his own death from the surtitles thereby breaking the 4th wall to immerse the audience even further into the experience. Trudgen gave a thrilling performance. In his Act II aria of despair, he showed off expert technique in maneuvering around the register break that divides his meaty lower register and his powerful falsetto top. He still needs to learn how to move more naturally on stage, but his vocal prowess was enough to silence this minor criticism. 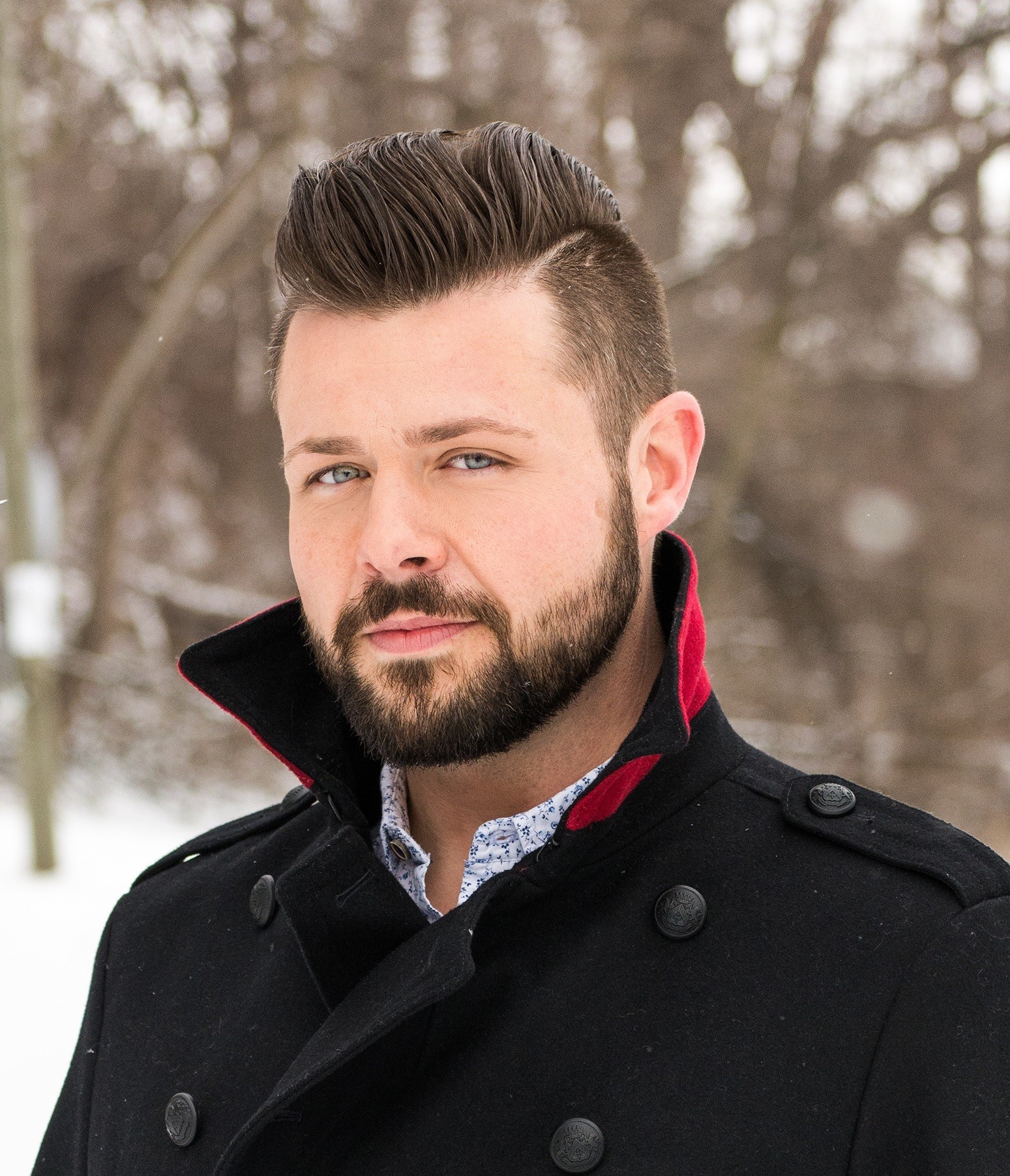 A carefully chosen cast for Rodelinda

Charles Sy as Grimoaldo, Bertarido’s usurper, was in total command of the role. His vocal runs were impeccable. He showed off his voice’s stunning uniformity from bottom to top with the addition of some daring ornamentation. Gena van Oosten played Eduige, Bertarido’s sister who is betrothed to Grimoaldo. She moved gracefully around the stage and sang with a naturalness and precision that belied the difficulty of her music. Her tone colour has an evocative covered quality that suggests a mezzo-soprano, but I would like to hear her test her skill with some higher repertoire.

Although Alexander Dobson deftly portrayed the scheming Garibaldo, Grimoaldo’s counsellor and unforeseen assassin, his singing lacked the depth and nuance demonstrated by the other singers. On the other hand, in the title role, Chrisitina Raphaëlle Haldane shone in every facet of her performance. When Rodelinda voices her distress about losing her husband for a second time in Act II, Haldane spins a gossamer line of one pianissimo after another. If that were not enough, she uniquely shapes each line. One second, she used her coloratura to suggest crying, and the next she was digging into her surprisingly dark chest voice to illustrate despair.

The highlight of the evening was the opera’s sole duet sung by Rodelinda and Bertarido. Haldane and Trudgen etched its harmonies masterfully before eerily merging their voices in unison to suggest their figurative and musical oneness. The conductor, Larry Beckwith, not only skillfully performed the moving violin solo during Bertarido’s aria mentioned above, but also expertly led the orchestra of early music specialists.

Given the caliber of the performance, it was sad to see the house not as full as it could have been. Voicebox not only supports local talent, but mounts semi-staged productions that are as engaging as many other staged operas in Toronto. If the company delivers their upcoming I Due Figaro by Saviero Mercadante with the same expertise showcased in Rodelinda, one could regret missing one of the highlights of the opera season.