Her obscurity is about to change, thanks to the efforts of Newfoundland-born soprano Tonia Evans Cianciulli, who is introducing Stirling to the wider music-loving public through her new book, The Heart’s Obsession, a biography co-authored with her grandfather Calvin D. Evans. A labour of love, the book has an unusual structure: in addition to telling the story of Georgina Stirling, it also tells a parallel story of Cianciulli herself, who has enjoyed a successful career as a soprano in her own right.

Cianciulli feels a special kinship with Stirling, as they are both Newfoundlanders and share a similar lyric soprano repertoire. Despite a century separating their careers, the aspirations and challenges that lyric artists face remain the same. In Heart’s Obsession, Cianciulli intersperses Stirling’s story with her own observations and perspective, as well as the perspectives of other contemporary singers. Calvin Evans meanwhile provides historical background as a narrative framework.

The book gives interesting accounts of Stirling’s vocal training, first in Toronto, then in Italy, France, and England. Notably, Stirling was mentored by the famed teacher Mathilde Marchesi, which likely contributed to her successful career. There are some amusing anecdotes, such as Stirling’s rivalry with another diva of the time, Sofia Scalchi, which paints an intriguing picture of what a woman singer’s professional life was like a 130 years ago.

At the height of her popularity, Stirling sang throughout Europe and the US on both opera and concert stages. But her career was unfortunately cut short, likely due to vocal problems from over-singing, or perhaps from the rumoured illness of diphtheria. As a result of her declining career it was reported that she suffered from depression and alcoholism. She spent her last years (1929-1935) at her birthplace of Twillingate, working as a voice teacher, producing local stage shows, and engaging in charity work. 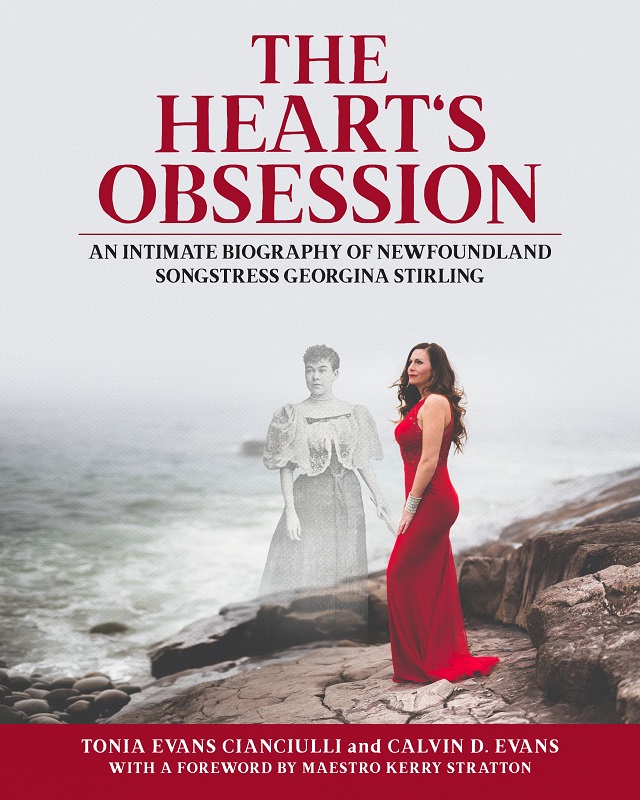 Despite the copious amount of information in the 342-page book there remain a few unanswered questions, like those concerning her La Scala debut. Exactly when did it take place? And what did she sing? According to Cianciulli, “There is no confirmed date for a debut by Georgina at La Scala. Her Italian debut in 1890 was scheduled to be made at Borgo near San Donini, just outside Parma. Some sources say that this debut occurred at La Scala, but that cannot be confirmed. Following her debut, Georgina was given an ‘extended singing engagement’ in Milan, but it is not known in which opera house this was given.” Cianciulli goes on to say that according to Edward B. Moogk’s book, Roll Back the Years: History of Canadian Recorded Sound and its Legacy (National Library of Canada 1975), “Marie Toulinguet” made her debut at La Scala in Milan, with the Italian Royal family in attendance. But there’s no independent confirmation.

Another mystery surrounds the audio legacy of Georgina Stirling, detailed in Chapter 15. Stirling’s vocal prime essentially predated the era when sound recordings became commonplace. While the technology was there in the late 19th century, few recordings were made at the time and the quality was obviously rather primitive. It is reported that Stirling made at least one recording. The authors suggest that it was probably made in St. John’s in 1896 or 1904. The Twillingate Museum, which includes an exhibit dedicated to Stirling, played a recording of “Lo, Here the Gentle Lark,” purported to be hers. However, it was discovered that it was unlikely to be the voice of Georgina Stirling but rather that of the famous Italian soprano, Amelita Galli-Curci.

Hopefully these mysteries can be solved with future research. Given what we do know, there’s no doubt that Stirling deserves to take her rightful place among important Canadian pioneers, as one of the country’s first classical singers of international fame. The Heart’s Obsession is perfect for anyone interested in the history of singing in Canada.