Bob McPhee, who died of cancer on Mar. 13th in Calgary at age 65, was a builder of institutions, but in making big things happen in Alberta over his 25-year career as an arts leader, his eye was always on how his work could empower others, and bring benefits to his community. That commitment to others’ success came from a deep-seated patriotism, a belief that Canada could produce world-class opera and deserved that recognition.

In 1992, the Winnipeg-born baritone came to Edmonton to run the Edmonton Symphony. For years, city leaders had been working to build a new concert hall in the downtown. By the time McPhee left Edmonton in 1997, Edmonton had its Winspear Centre, one of the best music venues anywhere, and with McPhee’s leadership, that project came in on schedule and on budget.

The year he started in Edmonton, McPhee hired a 26-year-old composer from Newmarket, ON, on a ten-week contract. Thanks to McPhee’s commitment and John Estacio’s hard work and talent, that short stint turned into an eight-year residency, and a mound of new Canadian orchestral works now performed throughout the world. 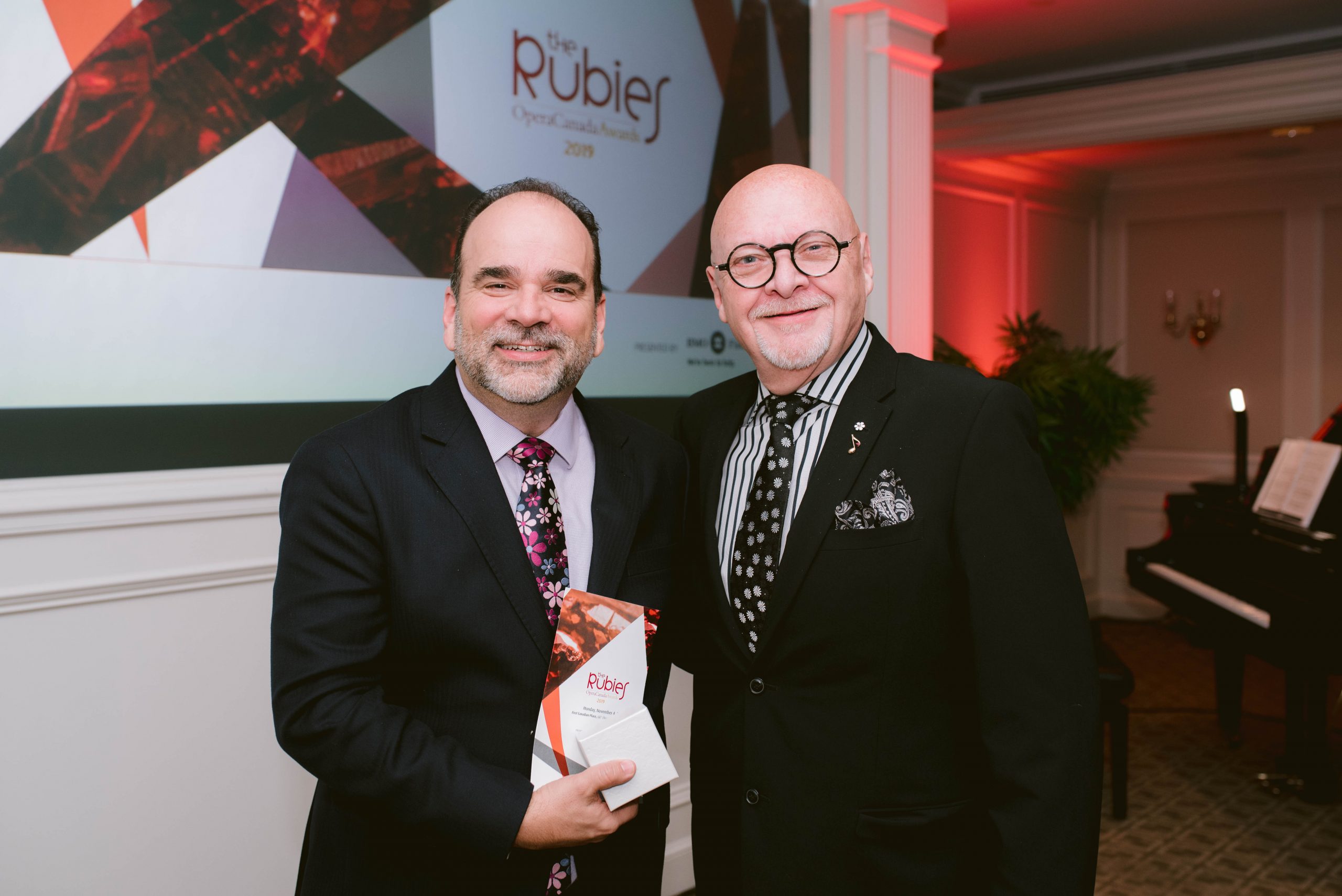 McPhee left Edmonton to run a struggling Calgary Opera in 1998, and by 2000, among other ambitions, he was preparing the ground for Estacio’s next compositional adventure. In 2003, Calgary Opera’s first commission of a main stage work, Estacio and librettist John Murrell’s Filumena, premiered, and went on to be staged in Banff, Ottawa and Calgary, and broadcast on PBS. McPhee eventually commissioned five more works, including two more from Estacio, the last of which, The Cipher Clerk, the composer completed a week before McPhee’s death. 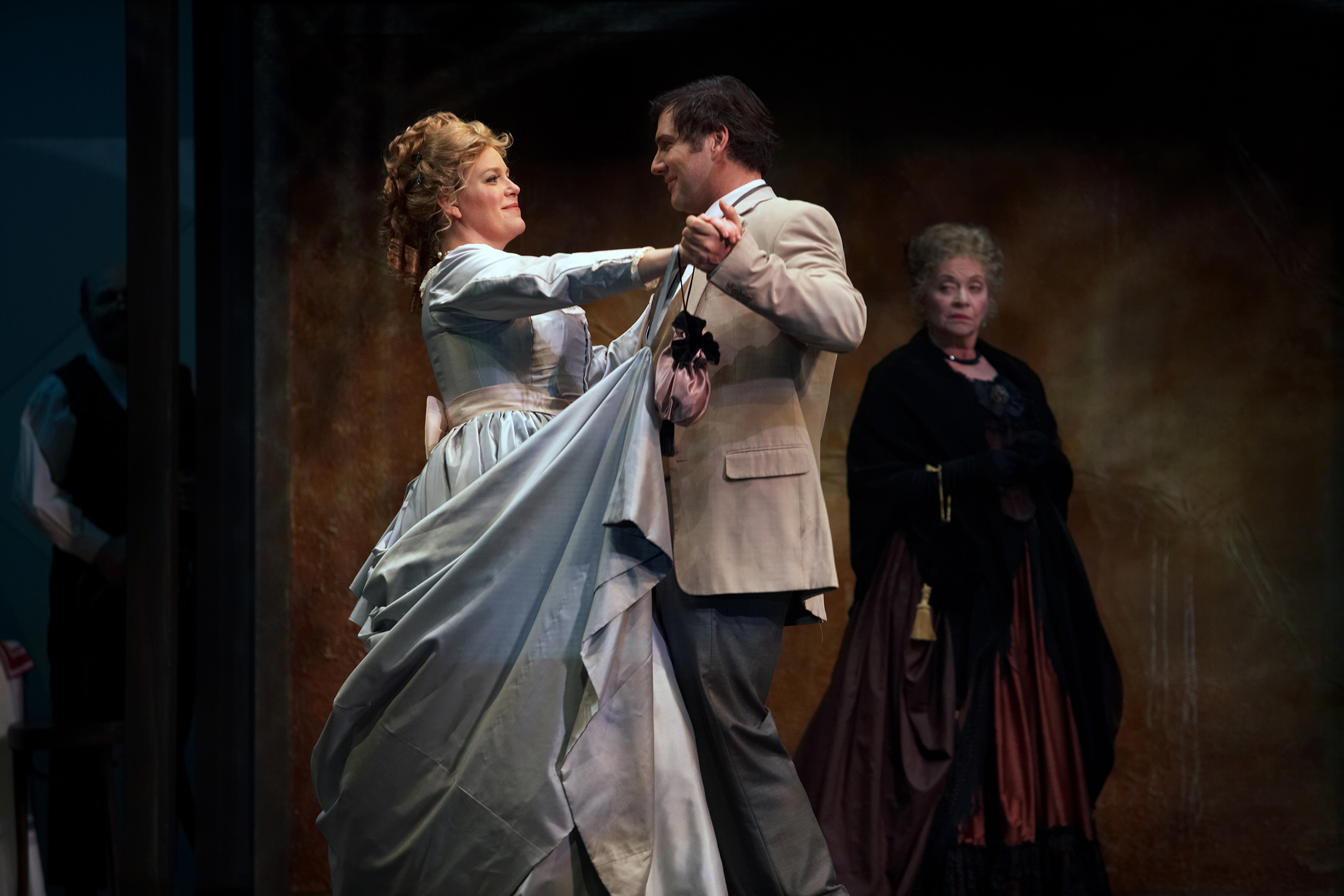 Bramwell Tovey conducted most of the performances of Filumena right up to its remounting at Calgary Opera in 2017, just before McPhee retired due to his illness. Tovey himself was already a Juno-winning composer the year Filumena premiered. He was an established composer, and McPhee certainly knew about his accomplishments, but Tovey had never written an opera. Tovey recalls mentioning his vague interest in writing one to McPhee during a casual conversation early in their relationship. Several years later, McPhee asked Tovey and Murrell to write what turned out to be The Inventor, like Filumena, another Canadian story with strong dramatic potential. The Inventor, Tovey’s first and only opera thus far, premiered in Calgary in 2011. McPhee had shown an old pro a fresh opportunity.

“[Bob] had authority,” Tovey says from his home in Vancouver. “But if he appointed you to do a job, he expected you to do it. … There wasn’t a single word of B.S. that ever came out of Bob’s mouth. He just spoke so honestly. He was absolutely trustworthy.”

And that trust was a two-way street. McPhee’s nurturing nature led to his forming an emerging artists program, and one of its participants has an amazing story of what McPhee could do for a career if he believed in you, as he had done for Estacio.

Mezzo-soprano Beste Kalender, a relatively recent Turkish immigrant at the time, was part of the 2014-15 contingent of aspiring singers in Calgary Opera’s young artist program. She knew the role of Carmen before coming to Calgary, but hadn’t understudied the role previous to the company’s spring 2015 production. On opening night, the scheduled Carmen was struggling, and with three-hours’ notice, Kalender was enlisted as backup. She sang most of the first performance from the wings, with the cast mezzo-soprano miming the action. By night two, Kalender was onstage playing the femme fatale herself.

“[Bob] believed in me.” She says the way he looked into her eyes when he asked her if she wanted it convinced her that she could do it. But when she tells the story, she emphasizes McPhee’s central ethos in whatever he led. “We were trying to do something for the company. Bob gave that feeling to you. It was a team.”

The abiding trust McPhee showed in those in whom he believed meant people like Estacio and Tovey kept coming back into his professional life. Another artist who had a long history with McPhee and Calgary Opera was Kelly Robinson, the stage director for those Filumena productions, among at least a dozen other shows McPhee hired him for. Robinson characterizes McPhee’s vision this way: 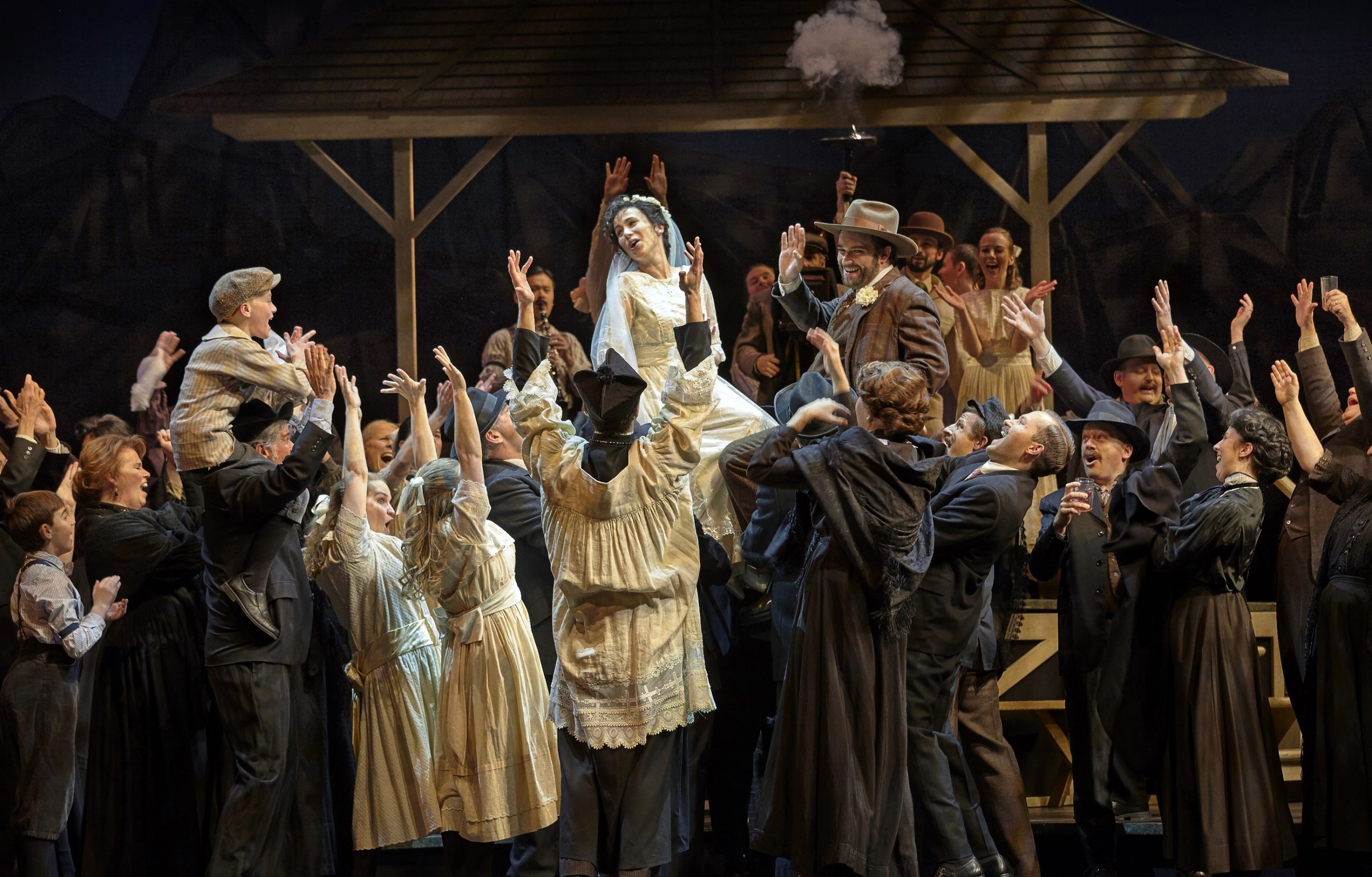 “He totally thought like a theatre artist. … Everything that he did had some aspect that, whether it was creating a modern opera company in Canada or helping artists that he believed in, or who had the capacity to grow and excel within an art form, which at least in Canada, [had] pretty much [been] built around presenting visions of the past.

“Bob always took the longer view,” says Robinson. “Bob used his trust with creative people to kind of shine a light into that area he didn’t necessarily know himself, but the people that he trusted did, and so he would take risks, take chances which were banked against whoever it was he was pledging his trust in. That made him unique in my experience.”

The Calgary opera centre which McPhee initiated still hasn’t come to fruition, but Tovey believes that if his cancer hadn’t returned after a year’s remission, McPhee was considering the General Director vacancy at the Canadian Opera Company. His longtime friend and collaborator Estacio sums up McPhee’s legacy this way: “He wanted to build Canadian excellence in communities, such as a concert hall that nobody knew they wanted. And in Calgary, his legacy is still not finished.”

McPhee was a master of building things and relationships, and in his final hours, it was the people with whom he had spent his life creating who were in his thoughts. His final email, sent posthumously just after he passed, read in part: “There’s a saying in opera that it’s not over till the fat lady sings. Well, my friends, she sang today, and I took my final bow.” He promised he would be there with them in spirit when live performances resume.