Rihab Chaieb on creating new roles in The Phoenix

In our upcoming Summer 2021 issue, contributor Joseph So reviews Houston Grand Opera’s recording of the world premiere production of Tarik O’Reagan and John Caird’s The Phoenix, released on PENTATONE Music in late 2020. Among the star cast led by Thomas Hampson and Luca Pisaroni is Canadian-Tunisian mezzo-soprano Rihab Chaieb, who sings triple duty as Nancy DaPonte, Maria Malibran, and Mozart. Chaieb spoke with So after the premiere run in Houston:

Rihab Chaieb: “Working on The Phoenix was actually a wonderful process and experience. At first glance, the music seemed daunting, like most world premieres. You have nothing to refer to. But it was incredibly exciting because I got to put my own spin on it, and make it my own.

“The work with Tarik O’Reagan and John Caird was so fluid and organic. When I felt something wasn’t right, I felt extremely comfortable going directly to them to talk it out, and find a better solution that fit the vocal line, the music, and the libretto. Musically, I felt that composer Tarik O’Reagan has really given us true freedom to express his music the way we wanted to, and the way we felt it. The same applied to John Caird, the librettist and director. He had clear ideas in mind, but gave us freedom to experiment with emotions, movements, contexts, on our own. I truly feel like The Phoenix became a collective piece where everyone involved did what they normally do best, and it created this magnificent piece.

“It was hard to learn, but as hard as any new music that hasn’t been composed yet. I think the most difficult element I found was rhythmically where O’Reagan would introduce a jazzy twist in the line, that made the music go somewhere else. But like everything else, I find that you have to almost put all notions of ‘style’ out the window, and open these kinds of scores with a blank and virgin mind, in order to let the music speak to you. 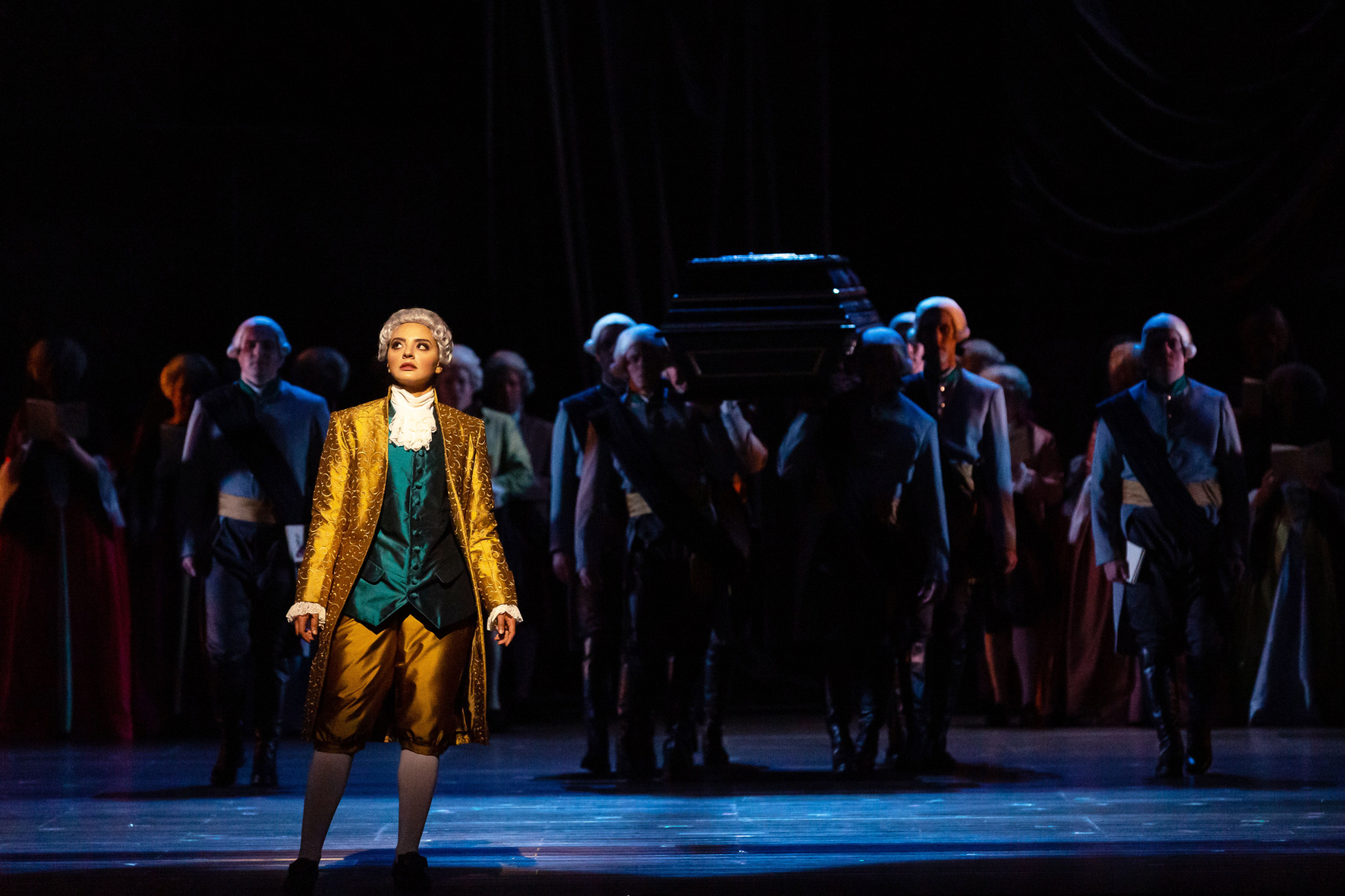 “Working with Thomas Hampson and Luca Pisaroni was a complete hoot. We bonded right away! They even bonded with my sausage dog, Nahla, and took her on walks with their dogs, Tristan and Lenny. (Side note: I chose a sausage dog because of Tristan…!!!)

“Musically, in all my ‘mature’ scenes as Nancy DaPonte with Thomas Hampson, there was a dynamic that was very different than the scenes with Luca Pisaroni, where I was portraying Mozart. Nancy’s music with the older DaPonte is sweeter, broader, thicker, with a hint of motherly tenderness. [There was] a calmer energy and dynamic was between us too. Especially my final death scene. We were both crying, on my death bed… it was so touching.

“With Luca, it was an entirely different feeling. Most of my scenes with him were me singing young Mozart, and him singing young DaPonte, so the energy and the dynamic was almost… cocky! It was brute, raw, funny, hilarious, virile (if I may say so, as a woman!). There was a camaraderie that was truly delightful on stage and musically. Our music was explosive, fast, filled with coloratura, and swear words (I get to sing ‘shit in his face’ after all, and I loved every time I did!!! The audience too…)

“Working with the HGO orchestra and maestro Patrick Summers was also pure magic. In a new piece, you really need to feel like the conductor is constantly with you, because God forbids you make one tiny mistake, you need him to get you back on track. And it felt truly like that with Mo. Summers. He brought this whole machine together, whilst making colours and atmosphere in this score that were truly magical and enchanting.”

Joseph So’s review of The Phoenix on PENTATONE MUSIC appears in our Summer 2021 issue. To access this and more exclusive content, right here.